Leave Reginae Carter alone that is what many of her fans are saying after she was confronted by a troll while she was trying to get her flirt on with boyfriend YFN Lucci.

Tuesday evening, Toya Wight’s daughter shared a few photos where she is wearing a one-sleeve sexy bodysuit. Reginae showed off her impressive booty in the hot attire.

Her boyfriend and rapper saw the pictures and wrote: “Aww man where your fine ass at girl?”

Reginae responded by: “OTW (on the way) to you.”

One fan jumped in the comment section and had this to say to the college student: “This outfit is ugly as f*** I hate fashion Nova for this and do not call me a hater I just hate the outfit cute shoes and accessories though.”

She clapped back by writing: “That’s the thing it’s not about what you like or what you don’t sweetie. It’s on my body you only have one job in this situation, and that’s either you like this pic or simply scroll past it’s not that hard at all.”

One fan defended Lil Wayne’s daughter by saying: “God forbid someone tried to be different and make fashion their own fun I guess. That snapback was so official but at the same time mature..no nothing less than savage. Yes, ma!!! Well, I love all your cute outfits bookie you SLAY every one of them…keep em’ talking boo..! I can relate I grew up with the same issue and I ate that ish like CAKE!! #KEEPSCOLLING.”

Another commenter claimed: “I don’t understand how y’all celebrities be soo quick to respond back to the negative comments on IG but overlook the people who give you guys positive compliments. You look Fabulous in whatever it is you decide to wear. B****’s trying to be relevant with their lame a** comments leave this baby alone. FUCK the haters & negative comments okay.”

A third supporter shared: “Usually, love her fashion trends but not this one this something u were to get on a pole she always is coming through she probably was just hot that’s all but hey like she said it’s on her body but I agree with u.”

Reginae had to deal with a lot in recent days. 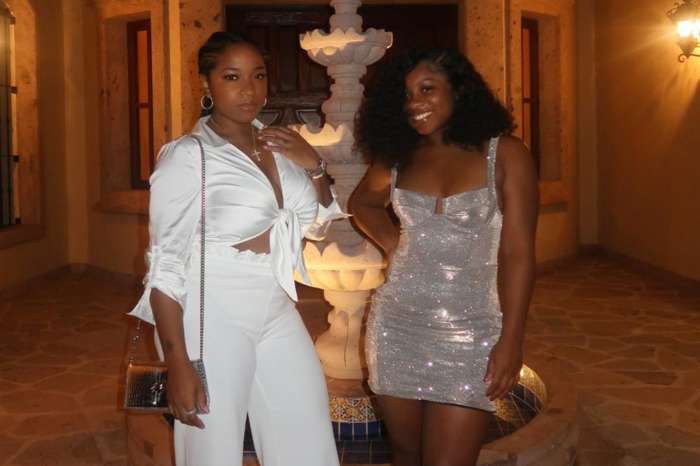