Can Toya Wright get her daughter? Miss Reginae Carter, who is great at imitating Beyonce, was the light of the party at Zonnique Pullins’ 22nd birthday bash, and the videos of her killer dance moves have gone viral.

Saturday night, Zonnique held a mega secretive birthday bash in Atlanta which was attended by all of her friends and family members.

Lil Wayne’s daughter showed up in jean shorts and a hot white body with a pair of edgy Chanel boots.

As soon as the music started blasting and hit Reginae in all the right places, she dumped her very expensive shoes for a pair of sneakers.

The college student destroyed the dance floor as a track from Beyonce blasted in the venue. She did the booty hop, twerked, whined, and whipped her hair better than Willow Smith.

Reign’s big sister captioned the clips: “Okay .. just In case you missed @zonniquejailee Lit ahh party .. here’s a vid of me turning into Beyoncé in front of 12. ”

Fans had maybe too much to say about the dancing.

One said: “This video reminds me of that video that your mom had when you were younger, you were dancing then! You still the life of the party! I it! Go Nae Go Nae!!!She’s having fun! Turn up, girl! She’s just doing what we all do in the bathroom mirror when Beyoncé is playing.”

Okay .. just Incase you missed @zonniquejailee Lit ahh party .. here’s a vid of me turning into Beyoncé in front of 12 ??‍♂️#V12Seeya12 lol

Another commenter claimed: “When the liquor sneaks up on you…Living her best life. She’s rich and y’all searching for validation on social media by insulting her, who again is rich… so who winnin? Ayeeee! Get it, girl !!!Some of y’all are just miserable af. She looks like she’s having fun with me, so wtf is the issue? Do your thing girl! You only get one life, so LIVE.Man its hard growing up in front of people/ fake friends .. And Y’all acting like you dance backup for Beyonce. I’m.so happy cell phone videos wasn’t the thing when I was her age?”

A third person stated: “Me after four shots of Henn. Lol. Have fun baby girl!!! Let that girl whip her bundles in peace. Y’all are so mean. Being a complete 19 yr old hunni living life enjoying the lyrics to a song that’s popping!! Nobody says when Y’all be on snap doing the same thing don’t be so quick to judge when Y’all out there doing the same thing and grown as hell.”

Can Reginae compete with Queen Bey? 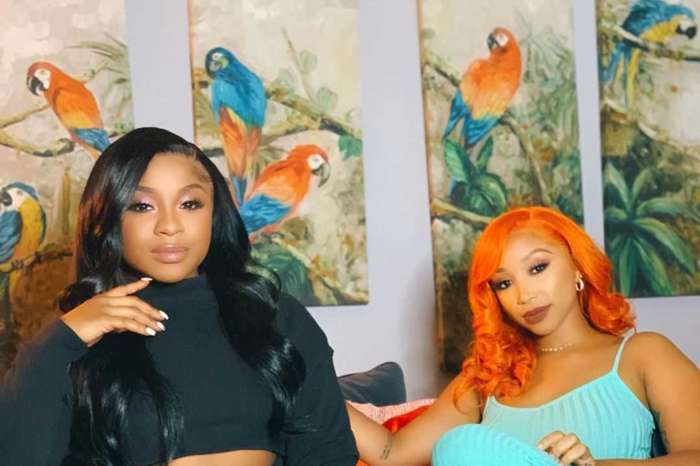