Reginae Carter posted one of the sweetest videos ever. Lil Wayne, her dad, just released his long-awaited album, The Carter V on which Nae is also featured.

In the video that she shared on her Instagram account, her little sister, Reign Rushing is really excited while listening to the song, and their mom, Toya Wright could not be happier. Here’s the video:

‘Idk what makes me wanna burst out into tears more .. the fact my little sister is hype to her big sister song or that my mom is so happy! I love this! #family’ Nae captioned her post.

Idk what makes me wanna burst out into tears more .. the fact my little sister is hype to her big sister song or that my mom is so happy ! I love this ! #family

Someone said ‘Both so much love God is good love your mom she deserves happiness @toyawright. ??’

Another follower praised Nae’s performance on Wayne’s album: ‘@colormenae you really did a phenomenal job I really like the song one of the best on the Carter V.’

One other follower said ‘@toyawright I’m so happy that God had blessed you with @reign_beaux ? because she makes you so happy! She competes your family, and that’s a wonderful blessing Ms. Toya??????‍♀️.♥️’

Reginae Carter shared a picture that confirmed he is giving his blessings when it comes to her romance with rapper YFN Lucci.

Fans are happy that the two men finally met and appear to get along.

There have been a lot of rumors recently, claiming that Nae dumped Lucci after she found out that he had lied to her and had a baby with a stripper.

But with this latest photo with Lucci, Nae proves everyone that things are still going strong between them. 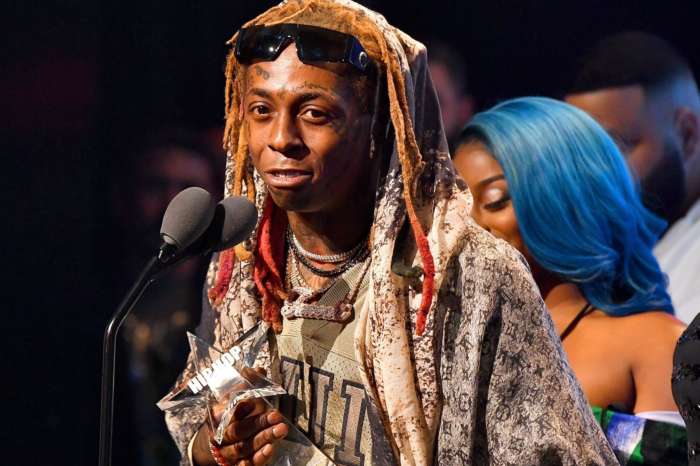 Carole Radziwill Reveals She Only Talks To This 'RHONY' Costar, And It Is Not Who You Think