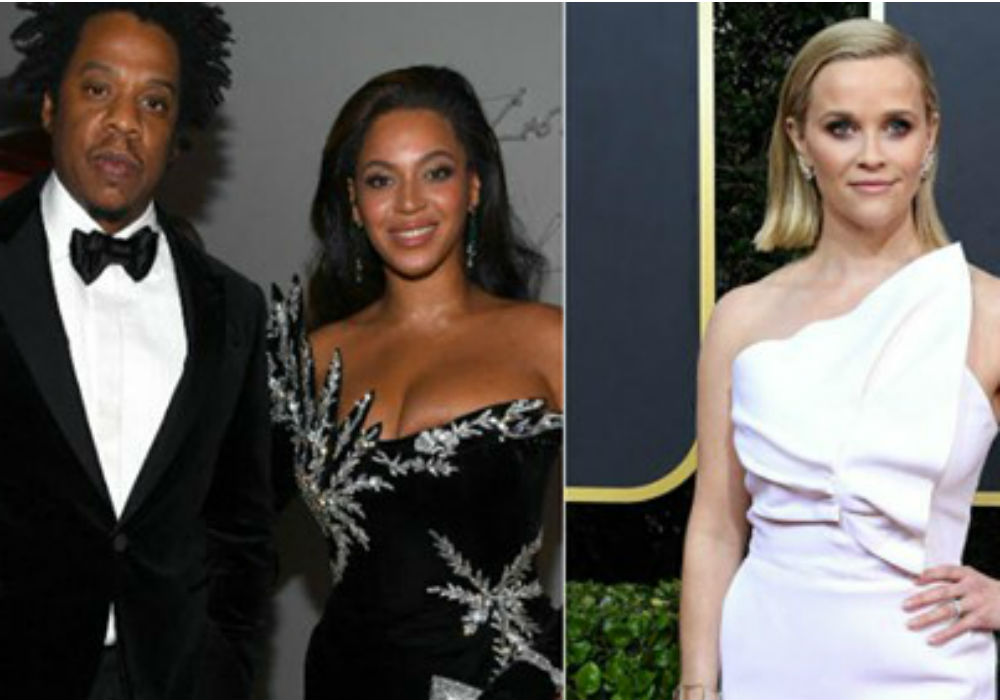 After The Morning Show star Reese Witherspoon made headlines for snagging some of Jay-Z and Beyonce’s champagne at the Golden Globes when her table ran out of water, the Hollywood power couple made sure Witherspoon wouldn’t run out again. The 43-year-old actress revealed on her Instagram story that Jay-Z and Beyonce sent her a case of their Ace of Spades champagne, and it was waiting for him when she arrived home after a trip to New York.

ICYMI, Jay-Z and Beyonce arrived at the Golden Globes last weekend with some of their own champagne for the party. Then, when Witherspoon’s table ran out of water, she asked the couple for a glass of their champagne.

Witherspoon’s co-star Jennifer Aniston posted a pic on her Instagram Story from the awards ceremony to let her fans know what the Legally Blonde star was up to, and she wrote “this is one of the many reasons I love you.”

Finally, it all came full circle when the actress got home and found a gorgeous bouquet of flowers and a big black box with the Armand de Brignac logo on it. In a series of videos she posted on her Instagram story, Witherspoon and her mom, Betty, decided it was time to try the champagne, even though it wasn’t even noon yet.

“Y’all! Came home to the best surprise from @beyonce and Jay-Z,” she captioned the clip.

Witherspoon then opened the card, which read, “More water. From Jay and B.”

After taking a sip, the Oscar winner aid the champagne was “really good.” And, she added that it was a good way to start the new year.

According to People magazine, Jay-Z purchased Armand de Brignac in 2014, which is also known as Ace of Spades because of its distinctive label. Years before he purchased the brand, Jay-Z mentioned it in his 2006 song Show Me What You Got.

Beyonce also featured the brand in her 2016 video for Feeling Myself, when she poured an entire $20,000 bottle of the beverage into a hot tub.