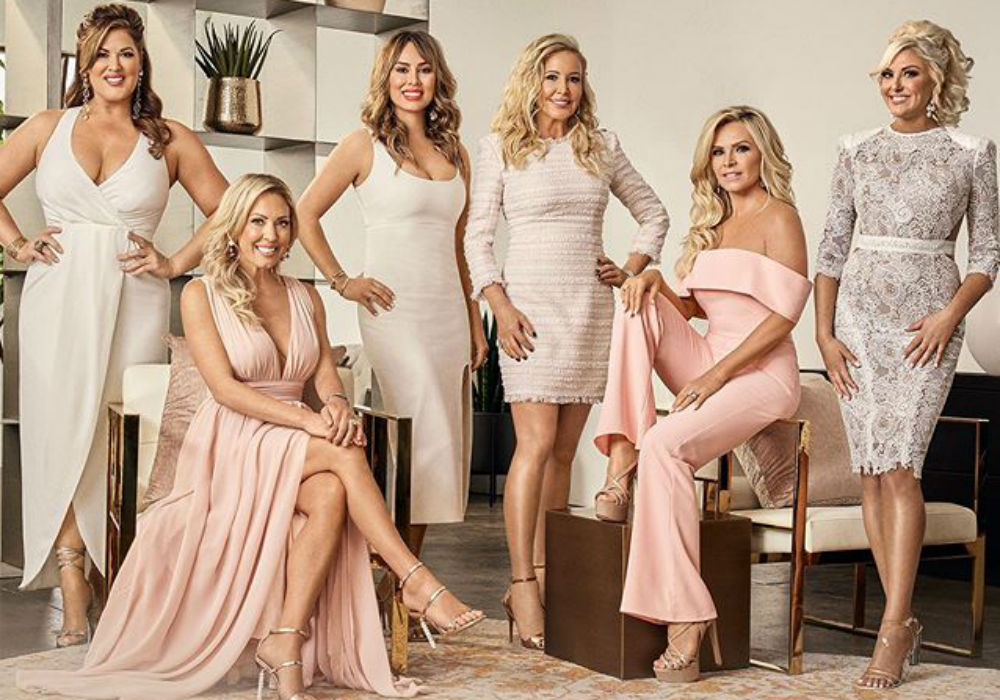 The ladies of the Real Housewives of Orange County joined Andy Cohen on Friday, November 8th for the Season 14 reunion taping, and everyone kept their fans on social media up-to-date with pics and videos. Even though the current season is filled with drama – especially between Kelly Dodd and pretty much everyone else – the taping appeared to be a good time for everyone involved.

Cohen let fans know that taping was about to begin with Dodd, Tamra Judge, Shannon Beador, Emily Simpson, Gina Kirschenheiter, Braunwyn Windham-Burke, and friend Vicki Gunvalson when he posted a selfie on Instagram and wrote in the caption that it was reunion day for the RHOC cast.

He also showed up alongside Emily Simpson’s husband Shane in his Instagram stories, and Shane praised Cohen for the good questions he asked during the taping.

The drama that went down between Judge and Beador in the most recent episode appears to be a distant memory for both ladies as they shared a ride to the reunion, and Judge even gave fans a peak at her reunion style this season, which was a gold jumpsuit. However, Judge deleted the post not long after, but she kept the clip that showed her amazing hairstyle.

According to Reality Blurb, the seating chart for the reunion taping this year was Dodd, Simpson, and Windham-Burke on one couch, Cohen in the middle, and Kirschenheiter, Judge, and Beador on the other couch. Of course, because of her demotion this season to friend of the show, Gunvalson wasn’t part of the entire reunion taping, but she did make an appearance for a portion of the special.

That’s a wrap! 🙌🏻🙌🏻 What a great feeling! #RHOC reunion is now over so I get to enjoy the holidays with my kids and family stress free! It’s been a great season and trust me, there are many more exciting episodes to come so make sure you keep tuning in on @bravotv . Photo credit: @tvmyhusbandhates ❤️ . #reunion #rhocreunion #holidays #stressfree #family #season14

Windham-Burke seemed to really enjoy her first reunion as a cast member, as she took a selfie with Cohen on the set and posted it on Instagram with the caption, “Best night ever!!”

The mom-of-seven also enjoyed a night out after the taping with Dodd – the RHOC outcast – and the duo took some more pics to share on social media, but their co-stars were nowhere to be found.

As for those rumors that Vicki Gunvalson is done with the show after being a full-time cast member for 13 seasons and a friend for one season, the OG of the OC made it clear she is not happy about the show in its current form.

“The show has turned into something that was not intended,” wrote Gunvalson on Instagram.

She also wrote in the caption of a pic she posted with her fiance Steve Lodge that “it’s a wrap” on Season 14, and now that the reunion is over she can move on to her next projects. 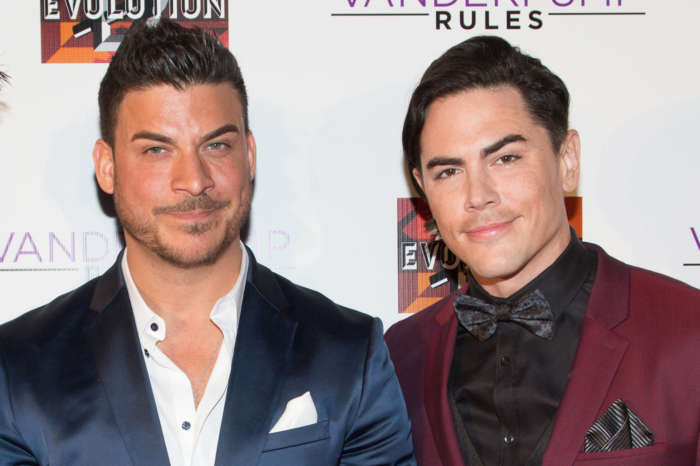 Jax Taylor And Tom Sandoval Working On Fixing Their Friendship After Explosive Fallout - Will Things Ever Be The Same Again?