Read The Love Letter Bachelorette Contestant Jed Wyatt Wrote His Ex-Girlfriend Before Going On The Show To Advance His Career!

Viewers were shocked to find out that fan-favorite Bachelorette contestant Jed Wyatt had a girlfriend while competing for Hannah Brown's heart. His now ex-girlfriend Haley Stevens has released what she says is the love letter he wrote her before he left to do the show.

Haley and Jed had been dating a few months before he told her he would be auditioning for The Bachelorette to further his career.

It should have been obvious that he was up to no good when Jed pulled out a guitar and sang flawlessly for Hannah during a talent show as one of the challenges Brown had her suitors compete in.

Shortly after, Jed admitted his motive to Hannah when he told her he was originally 'clueless.'

'When I signed up for the show, I was so clueless. I was open to the idea because I love love. I do, I love the idea of it. But my first thought was this is like a huge platform, and I just want you to know the truth. So I came in with that mindset, but every moment that we’ve had has taken that away and shown me that now more than anything I want to be with you.'

However, he completely left out the fact that he was in a full-blown relationship. 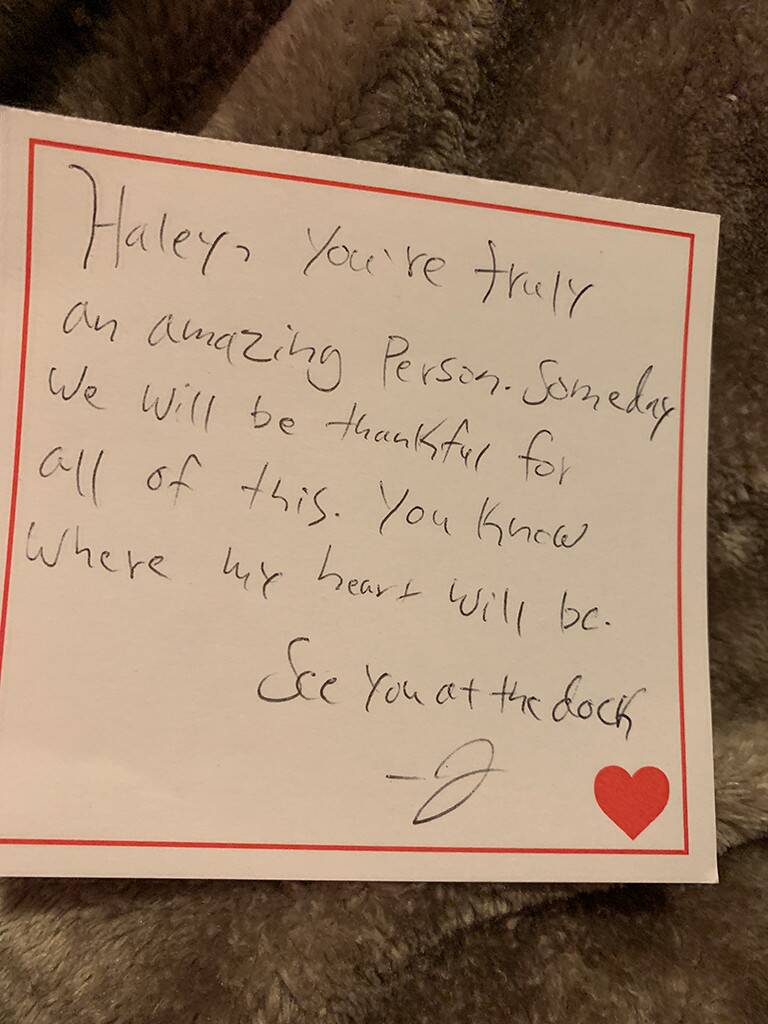 Haley showed People Magazine the note Wyatt wrote to her before leaving for the show.

It read: 'Haley, you’re truly an amazing person. Someday we will be thankful for all of this. You know where my heart will be. See you at the dock, J.'

On top of not contacting her after he left the program, she saw Jed at a music venue last month where he acted as if nothing had happened. She says that he casually asked her how she had been and when she confronted him about not even calling her -- he simply replied that he didn't know what to say!

Spoiler alert: It's rumored that Hannah didn't pick Jed but he is a frontrunner for the next bachelor. Do you think his shadiness could ruin his chances?

Clare Crawley Is Getting Her Implants Removed - Here's Why!