Artist Ray J has landed in real trouble after posting a video of his baby girl, Melody Norwood.

The reality TV star and entrepreneur recently took to social media where he shared what was supposed to be another cute video of his and Princess Love’s daughter.

In the clip, Melody, who is about eight months old, is sitting while music is playing in the background.

Many were quick to notice that the rap song contains profanity and some were baffled as to why Ray J had such a young child listening to that type of music.

One person called Ray J out by saying: “Smdh!!! What happened to kids appropriate music for her age??? parents? Look at those arms??? She’s a doll, play some better music around those sweet little ears. Man those arms looking like biscuits soooo adorable.”

Another fan stated: “She is just sunshine on a cloudy day. She is so beautiful. That is not what a baby should be listening to, what happened to all the baby music?”

This follower defended the pair: “That is their kid they can play what that [email protected] they want. They keep it real shit people do cuss. They make it seem like their kids didn’t listen to it because he is whom he is its bashing time yall kids fathers do it and yall know it or don’t, but they’ve heard it nobody is perfect, but he’s perfect enough for his baby girl.”

A fourth supporter claimed: “First Of All WTF Are You Talking About How Did I defend anyone I merely stated my creds as the young lady did to me what you need to do first of all as read and understand when you’re reading not come at someone when you know nothing of what you’re talking about I never defended Ray j For What He’s Doing You Sus Talking to The Wrong person Get Your Life And Learn How To Read The Same Things I Teach My Children In Daycare.”

Should babies listen to profanity-laced songs? Is the backlash justified? Kim Kardashian’s ex-boyfriend might think twice before posting some things online from now on. 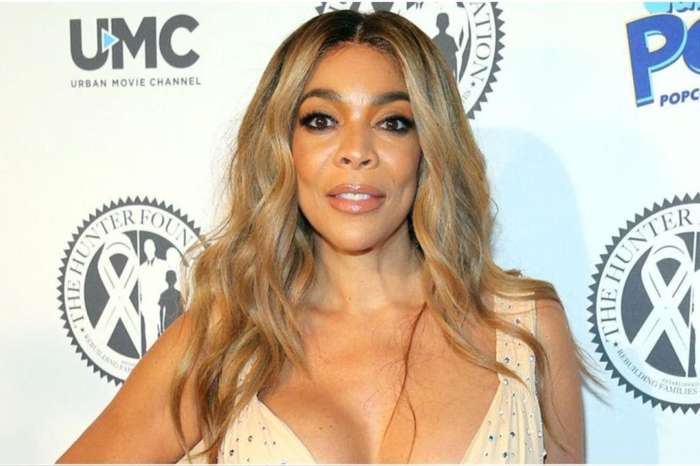