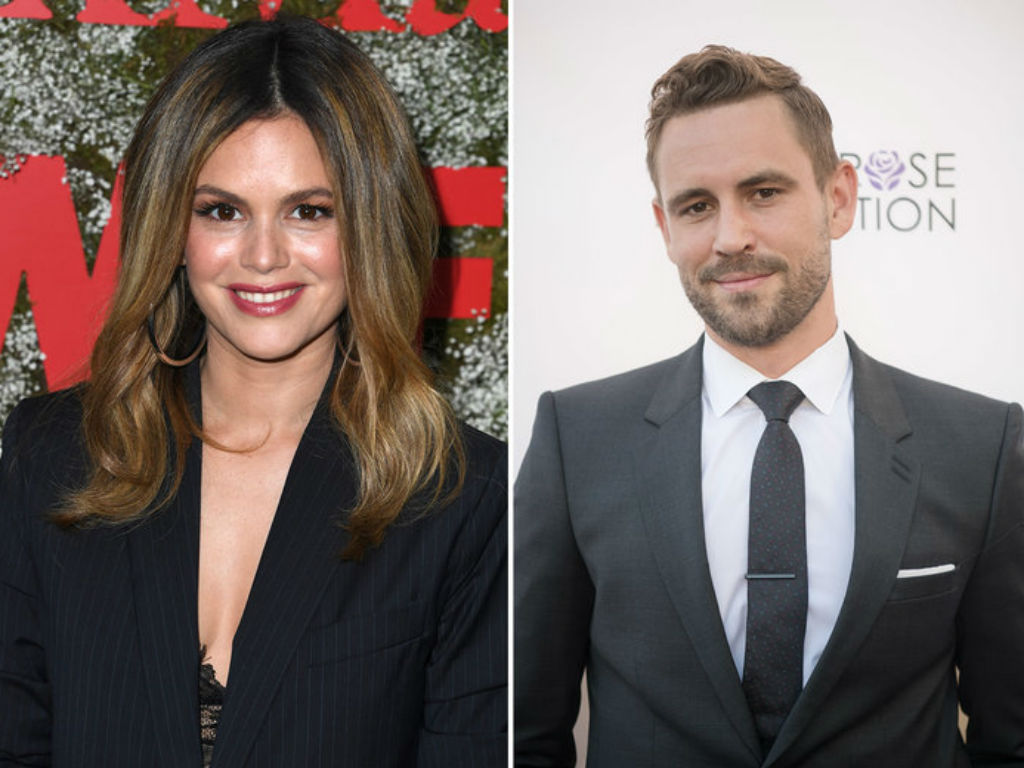 Rachel Bilson and Nick Viall are sparking romance rumors thanks to some flirty Instagram comments between the two.

The Bachelor alum and The O.C. beauty have not commented on the speculation they are a couple. They do know each other though because Viall invited Bilson to be on his podcast, The Viall Files.

She accepted his invitation because in July the Hart of Dixie star sat down with Viall for a chat. During the episode he admitted he slide into her D.M.’s to invite her on the podcast, but it was with class. Viall shared he was not sleazy about it at all.

Ahead of her appearance, both Viall and Bilson used Instagram to promote her stopping by his podcast. Suddenly each of them is commenting on the other one’s posts, and a little fun banter occurred in the comments section.

“He slid into her….dms, #SheAccepted,” wrote the actress in the comments section of his post.

Checking her out knowing she’s with me

Bilson did some promoting of her own. She chose a picture of herself with a shocked look on her face and the caption “When he tells you he’s actually been on The Bachelor shows 4 times…”

“And you call yourself a Bach fan,” he commented.

Now if those were the only cases, fans might not be speculating the two are in a romance. A few weeks ago though, another flirty exchange occurred that had nothing to do with her appearance on the podcast.

When Bilson shared a picture of her rocking a gorgeous red dress, Viall wrote “Cute dress.” He then continued to randomly comment on other items in her photo like a plant.

“Checking her out knowing she’s with me,” he captioned the cryptic post in August.

Bilson only liked the post. She didn’t comment, but that hasn’t stopped people from thinking she is the one he is referencing.

Nick Viall and Rachel Bilson definitely have some fun banter happening on social media. Nothing romantic or sexual has ever been posted, but they do seem to give off a more than friends vibe.

The two are spending way too much time commenting on each other’s social media for two people who are only friends. They also had a flinty back and forth on his podcast, so there is a good chance they are dating.

Bilson never speaks about her private life, so fans won’t know until they get caught holding hands or kissing in public.