R. Kelly’s Ex-Girlfriend, Azriel Clary, Explains Why She Has Been Hiding Her Face In This New Video 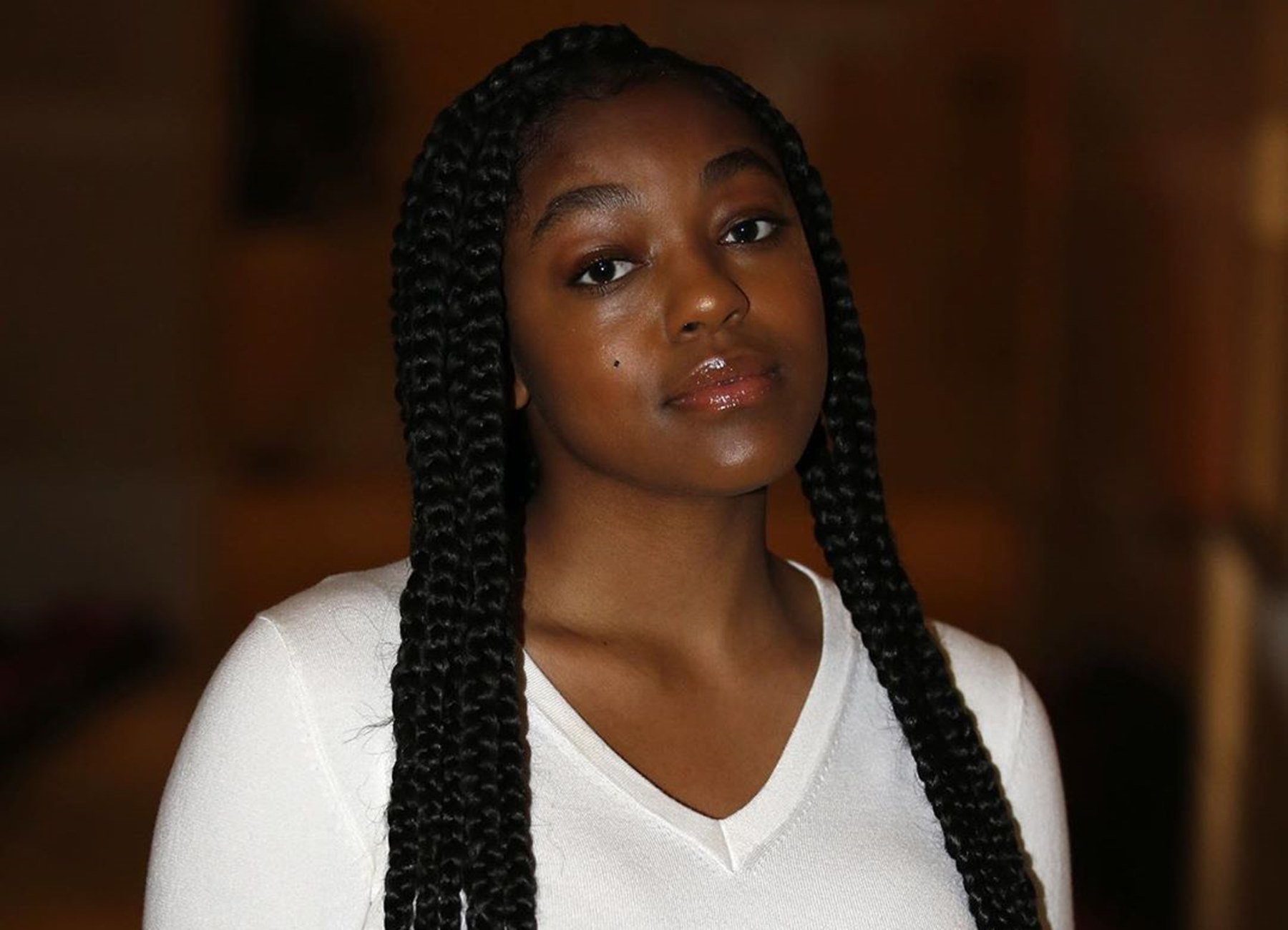 Azriel Clary, the woman who used to date R. Kelly and lived with him for numerous years, is doing her best to launch a music career, but she is facing a rather odd challenge.

The R&B’s star former live-in girlfriend recently took to social media, and she posted a video where she is belting out a song and sounds lovely while at it.

Many of Azriel’s fans were baffled by the fact that her face was hidden during the entire performance and asked her what was going on.

The aspiring singer had this explanation: “The last video everyone said I was making ‘ugly faces. But most singers that make the ugly faces [are] the best singers. Sorry about that. Next time it won’t be an emoji.”

She later added: “Sorry [woozy emoji] last time I got bashed for the ‘ugly faces’ I made while singing!”

One backer showed her some love by saying: “Omg, you have such a beautiful tone! You gave me chills! Wow! Blessing baby girl! Drop it, and I’ll support it! (And I don’t buy individual songs, but I’d buy this!)”

Another follower explained: “When can we hear your testimony like the other girls in the documentary series .. how soon after did you go home? Definitely do a cover. The snippet leaves ppl wanting to hear the entire thing.👌🏾”

practicing this song, I think may drop a cover to this on YT? 🌱 thoughts? – all credits go to @billieeilish , this beautiful masterpiece 💫

A social media user said: /”Like the Phoenix, you rose from the ashes! Keep on singing, sis! ❤️ ❤️ ❤️ I honestly wish you’re singing career was bigger because your voice is just too beautiful.”

A fourth comment read: “Keep pushing Queen u have an amazing voice tbh much better than half these so-called celebs I’m just stuck on WHY HAVEN’T ANYONE SIGNED THIS YOUNG LADY YET #BORNTOBEASTAR TEAM AZRIEL #ONTHERUNWITHAZRIEL😍You have such a beautiful voice… God has blessed you with an amazing gift.”

Since Azriel moved out of Kelly’s Chicago Trump Tower condo in late 2019, she has appeared in several interviews where she threw him under the bus.

She explained: “Robert had a high sex drive, so usually 3 to 5 times a day was normal for him. It was always just something that happened, and if you did not want to participate, if you embarrassed him in front of other women, or even just did not perform well, he would tell you to leave or wait in the restroom with the water on until he was finished. And the majority of the time after he would tell you to turn the TVs up and he’d go in the bathroom and beat the woman that did not do what he wanted.”

Can she build a career after the drama?