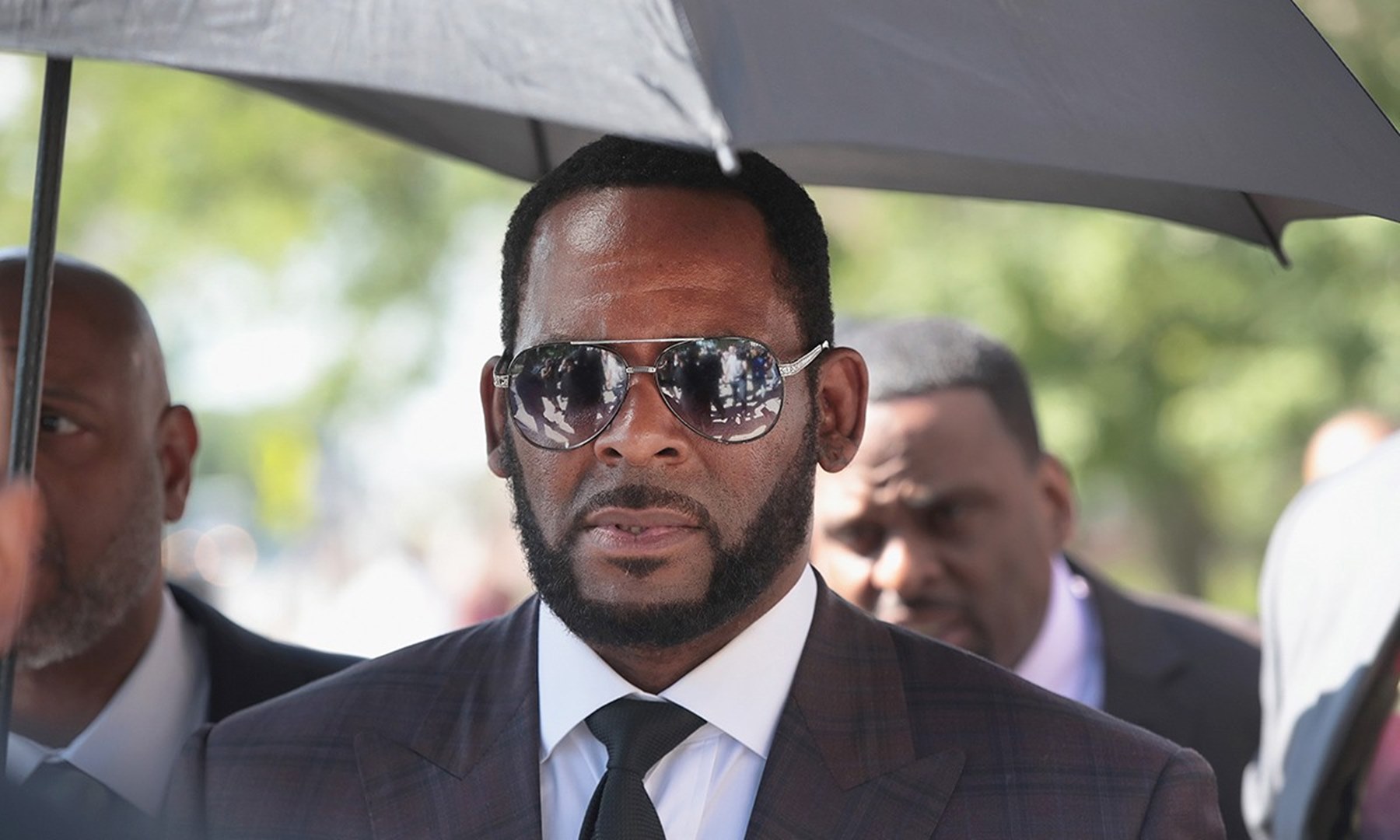 It appears that things are going to get worse for R. Kelly’s ongoing legal troubles, as it was recently reported that the last two women who came forward to testify against the disgraced R&B mogul, have also backed up their words with numerous incriminating recordings of the notorious singer.

Apparently, according to the two new witnesses, during the time they spent with the “I Believe I Can Fly” performer, they were both put at risk of contracting Herpes by Kelly, as even though the musician had the disease at the time, he still refused to use condoms.

In addition, one of the alleged abused women reported that she was still a minor when she was intimate with Kelly in 2015.

The testimony of the two supposed new victims comes amid reports of new evidence against the disgraced singer, as police recently discovered a large amount of cellular telephones, tablets, computers, and videotapes in a storage unit in Kelly’s name in Elk Grover, Illinois.

However, the trial against the singer will have to wait for the time being due to the ongoing Coronavirus pandemic crisis.

The musician, who at present, is kept at the Metropolitan Correctional Center in Chicago, has made headlines recently, as he complained about his living conditions at the facility.

According to Kelly, it was unfair that he was denied any visitations, as he was not able to meet with his legal team or Joycelyn Savage, the only one of his girlfriends that remained by his side since Azriel Clary broke up with him in December.

One person had this reaction: “R Kelly: now I’m standing here in the mirror saying damn to myself I should’ve known this day would be com that they would charge me with something else.”

Another commenter stated: “In the words of Donna Summer & Barbara Streisand “Goodbye goodbye Mista’ no more tears enough is enough”

This social media user revealed: “I’ve tried to be quiet, but I hope he gets counseling and finds healing within because I don’t want to see another child or adult hurt by this behavior. Obviously, something happened, and due to the heart of the world waxing cold, 🥶 the behavior has been able to continue for some time. Healing to all parties.”

Kelly’s critics are not slowing down.

Really ROBERT your Rain of Terror Is Over! How about All the Young Black Girls that will have to live with what you have done to Them for the Rest of Their Lives! You Will Be Judged By A Higher Power! (EVERYONE Stay Safe N Healthy) GOD BLESS US ALL🙏🏾🙏🏾🙏🏾🙏🏾

@ Chriss Mosqueda: I’m sorry that you had to go through that and I hope that your perpetrator was jailed for violating you. I agree with everything that you said. We see these entertainers and we forget that they’re human just as we are and they make mistakes. There are so many others who should also be held accountable because I refuse to believe that no one knew what this man was doing. The parents need to be held accountable for taking their daughters to this man in hopes of him getting them a career in the industry. Those old women who claim to be forced to stay with him are just lying: they were there because they wanted to be. I don’t believe all of these young women’s stories though.

This man was molested as a child himself and he never got help for it, so he did to others what he experienced and was taught by his sister and the male neighbor who molested him. The sister needs to be held accountable also, but she seems to have disappeared. Someone said that he deserves a chance, but he got a second chance when he was found not guilty in 2008. At that point he should’ve began to do things differently, but he felt untouchable because he beat those charges so he kept on. He needs serious help. I can’t listen to his music anymore without wondering which young lady inspired that song. If you really listen to the words of his songs, you’ll find that he’s been telling us all of the things that he’s been doing over the years right in his music! I have every CD he has ever made and I put them all in a separate box. In the beginning I was convinced that he was innocent and was just being railroaded for money and his music catalog, as well as taken advantage of because of his learning disability. But the more I read, listened to his music and did my own research I began to see things differently. Only him and GOD ,as well as those who were in his circle, knows if he’s actually innocent or guilty. The thing that people are angry about is the fact that he hasn’t been charged with ANY crimes, yet he remains behind bars. Harvey Weinstein, who was accused of some of the same things, was allowed to remain free until his trial and he has more money than R. Kelly does. I think that’s the issue with most of those who support him. The truth will come out either in his favor or against him, but it seems that he’s already been been tried and convicted in the public.

Also Chriss, you really need to learn how to structure sentences and use proper punctuation and grammar. You made very valid points, but because of the numerous errors it makes the readers of your post perceive you as uneducated. Next time, proofread and use spell check before posting. Stay blessed and in prayer and again, I’m sorry for all that you’ve been through. Peace and Blessings to all.

He needs couseling,and Jesus. More than anything in the world. Its sounds like what he has done to these women was done to him. So family members,his entourage, friends they all failed him. Money was far to important to them instead of his mental,and physical being.They knew what was going on in this man’s life.So did the parents of these teenagers. This is a disgrace. Its obvious that Kelly is sick.I pray that he gets the help he so desperately needs.

Me and my wife still make love and step to his music. He deserves another chance.

He got another chance. He blew it!

I been watching this R.Kelly thing for sometime and any women that was under age R. Kelley Attorney should have R. Kelley to place charges against all their parents and see what happens then. I mean real major charges because they wait until his money gone to all come forward on all this bs that was planned with their parents so let’s all be in court. R. Kelley I will like to write you so can i please. The Lord been on my soul on this and if you talk to me i help you and i am a lawyer without passing my license because I never went for it, but Judges keep telling me to go take it.

so he thinks because he is famous that the fact that he abused women and girls with no regard to their health and the things he was exposing them to. I used to like his music but I find him totally pathetic disgusting and a user of women and that’s one of the worst people I can think of the dangerous man!!!