R. Kelly Is Thrown Under The Bus By Lady Gaga With This New Move 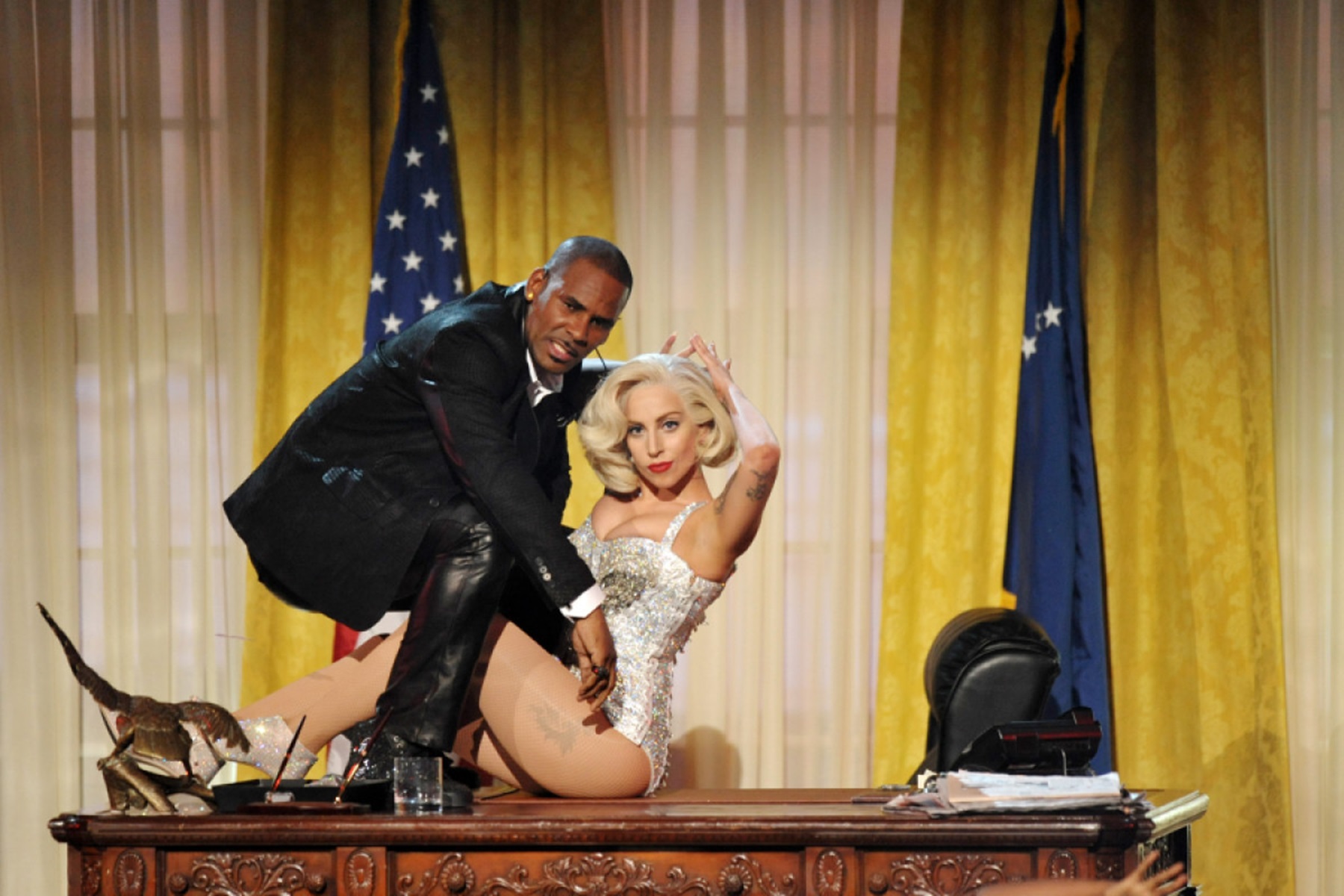 Lady Gaga is not all too happy with the situation around singer R. Kelly, to the point where the re-release of her iconic 2013 album ARTPOP will omit the song, “Do What U Want” featuring the Chicago native.

There will reportedly be no mention of Kelly at all in the new version, and the song will also be removed from iTunes and other streaming platforms, as was announced by Gaga earlier in the year.

The pop singer has already taken steps to remove the piece from most of her online accounts, and it looks like she was indeed serious with her intention to get rid of any mentions of Kelly.

The whole thing reportedly stems from the fact that Gaga has had to deal with sexual assault in her past, and she sees the entire situation around her fellow entertainer as a very disgusting one.

However, it is not clear why she waited so long to take any action, considering that this is far from the first time that Kelly has been accused of inappropriate sexual conduct.

The R&B legend has a long-running history of that behind him, and some have questioned why Gaga chose to make her position known now and not earlier.

However, it is possible that she was waiting for a more major event — like the ARTPOP re-release — so that her actions would have a more significant impact.

There have been no statements from Gaga herself explaining her decision in more detail, other than her reasoning for the initial action.

She said earlier this year: “I stand by anyone who has ever been the victim of sexual assault. I stand behind these women 1000%, believe them, know they are suffering and in pain, and feel strongly that their voices should be heard and taken seriously. I’m sorry, both for my poor judgment when I was young, and for not speaking out sooner.”

She added: “As a victim of sexual assault myself, I made both the song and the video at a dark time in my life; my intention was to create something extremely defiant and provocative because I was angry and still hadn’t processed the trauma that had occurred in my own life. The song is called ‘Do What U Want (With My Body),’ I think it’s clear how explicitly twisted my thinking was at the time. If I could go back and have a talk with my younger self I’d tell her to go through the therapy I have since then, so that I could understand the confused post-traumatic state that I was in—or if therapy was not available to me or anyone in my situation—to seek help, and speak as openly and honestly as possible about what we’ve been through.”

Removing the song from most platforms might give it a more iconic feel.

Sexual assault is to be taken seriously and there should be no statue of limitations because it can take a long time for people to speak up. HOWEVER, it is extremely harmful, ignorant and arrogant to automatically believe everyone under certain circumstances just because of what the situation is. People ARE taken advantage of, on both ends and by that I mean there are just as many people who lie and abuse the system for the most unacceptable reasons. When someone thinks it’s funny or they just don’t like the person so they say they did this and that not thinking about how much they’re destroying that person’s life. It’s not a game, it’s not a joke, it’s not to be assumed or taken lightly or at face value because PEOPLE LIE just because they said someone did something bad to them does NOT mean it’s true nore does that mean it’s false but because of people like Lady Gaga and Kathy Griffin even if the one being accused is found innocent everyone will STILL treat him like he did it because the idea will always be there after you were so up in arms about it so now even if he’s found to be 100% innocent without a shadow of a doubt people like Gaga and Griffin who rant and scream without thought like an infant that can’t control how it feels condemning others without cause and base everything purely off “emotional logic”. Hey Lady Gaga, I was sexually assaulted by you. You took advantage of me when you were drunk one night and you just don’t remember, but I swear it happened. I said no but you beat me up and held me down and forced yourself on me, do you believe me? You said you would. Will you go to court with me take the stand and point the finger at yourself because, I swear you did it….. Look, people who force themselves on others Do Need to be locked up, if you do that to someone after they said and are still saying NO, then you don’t deserve freedom anymore than you felt your victim did. Just because there are a LOT of bad people out there doesn’t mean there aren’t just as many good people but by automatically choosing sides you could be condemning an innocent person while supporting the ideology of a manipulative psychopath nurturing seeds of hate.