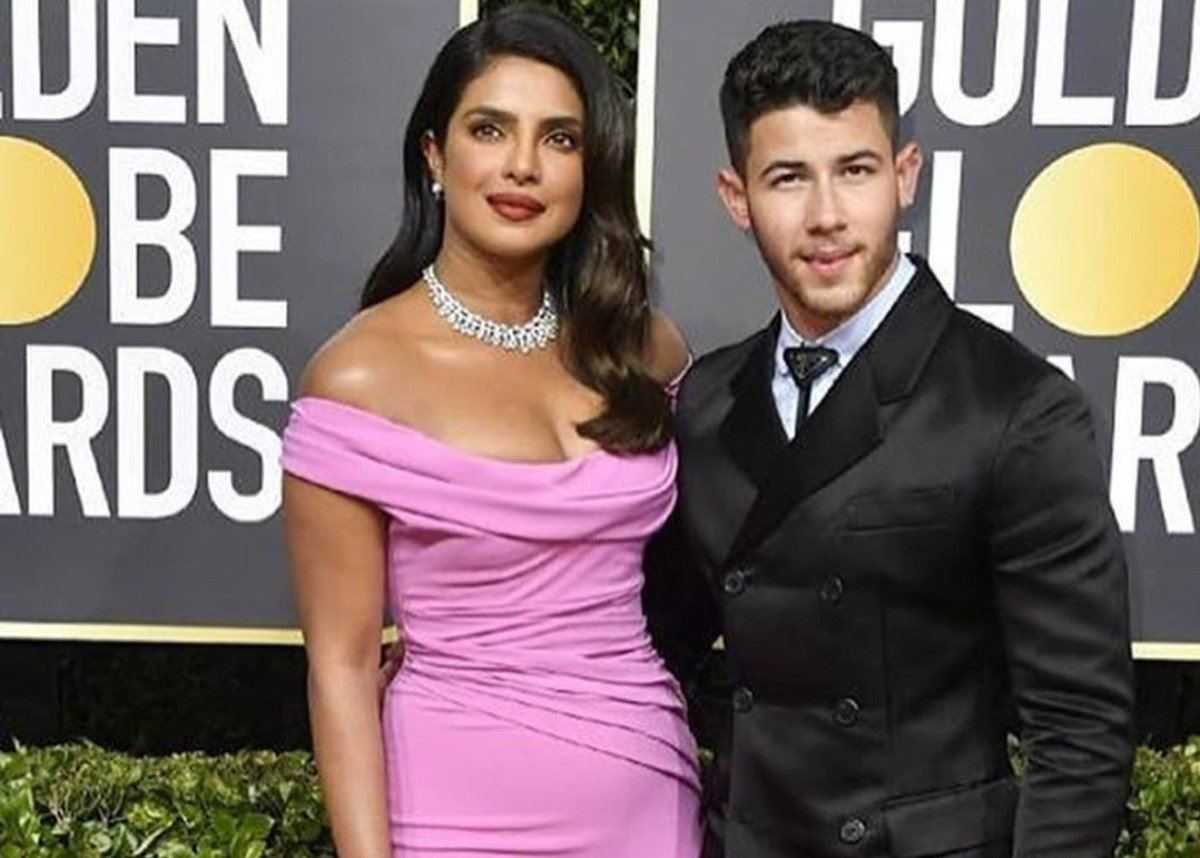 Priyanka Chopra and Nick Jonas exuded old Hollywood glamour on the Golden Globes red carpet and easily made it to many best-dressed lists. Not only did the two look stunning, but they put on plenty of PDA warming their fans’ hearts., One tender moment happened between the love birds when Nick embraced Priyanka and gave her a romantic dip as if the Golden Globes was their own private venue and they were dancing to their own song.  Video footage from the moment went viral and fans of the couple are ecstatic that things are going so well for the duo. They clearly can’t seem to keep their hands off one another or stop gushing over their love. Now, people are wondering how long it will be before a baby is on the way!

Priyanka looked ravishing in a Cristina Ottaviano gown that was form-fitting and featured an off-shoulder design and ruched bodice. The dress accentuated Priyanka’s hourglass figure and flowed into a long train. The color was a bright, petal-pink and the dress was reminiscent of Hollywood bombshells such as Marilyn Monroe. Mimi Cuttrell styled Priyanka and the results were fabulous.

Celebrity hairstylist Christian Wood did Priyanka’s hair that also had an old Hollywood feel. Similar to a look by Rita Hayworth or Veronica Lake, Priyanka wore a side part and let her dark tresses flow in loose waves below her shoulder.

Cristina Ottaviano shared a gorgeous photo of Priyanka wearing the dress before attending the Golden Globes. You may see that photo below.

Celebrity makeup artist Mary Phillips did Priyanka’s makeup and she shared a closeup of the look on her official Instagram account. She used Pat McGrath Labs and gave a complete breakdown on her Instastory about the products she used.

Celebrity stylist Avo Yermagyan styled Nick Jonas and he wore a Prada suit with a powder blue shirt. Avo shared a photo of Nick Jonas on his Instagram account that you may see below.

@nickjonas wearing a @prada black technical silk satin double breasted dinner suit with a ruffled powder blue shirt and accessorized with Saffiano leather necklace. On his wrist is the one of a kind @bulgariofficial Octo L'Originale Timepiece with over 50 carats of diamonds, coupled with sapphire and tanzanite rings. Stylist: @avoyermagyan Grooming: @mnmachado

What was the most romantic moment of the Golden Globes was undoubtedly when Nick pulled Priyanka into his arms, gazed lovingly into her eyes, and dipped her in his arms.

What did you think of Priyanka Chopra’s and Nick Jonas’ Golden Globes red carpet look? Do you agree they exuded old Hollywood glamour?

Did their romantic video warm your heart?