Priyanka Chopra And Joe Jonas Show Support To Sophie Turner After Her Emmy Nomination - Check Out The Sweet Messages!

Sophie Turner is nominated for an Emmy and it sounds like she has a lot of very dedicated supporters, including her hubby, Joe Jonas and her sister in law, Priyanka Chopra! The latter took to her social media platform of choice, IG Stories, to write a special note for Sophie as she competes for the title of Outstanding Supporting Actress in a Drama Series for her performance on Game of Thrones.

Sophie is nominated in this category at the Emmy Awards alongside some of her Game of Thrones co-stars - Maisie Williams, Gwendoline Christie and Lena Headey – as well as Julia Garner from Ozark and Fiona Shaw from Killing Eve.

Priyanka compiled pictures of Sophie in character throughout her years on Game of Thrones and wrote: ‘Good luck to our girl tonight. Our #Emmys nominee.’ 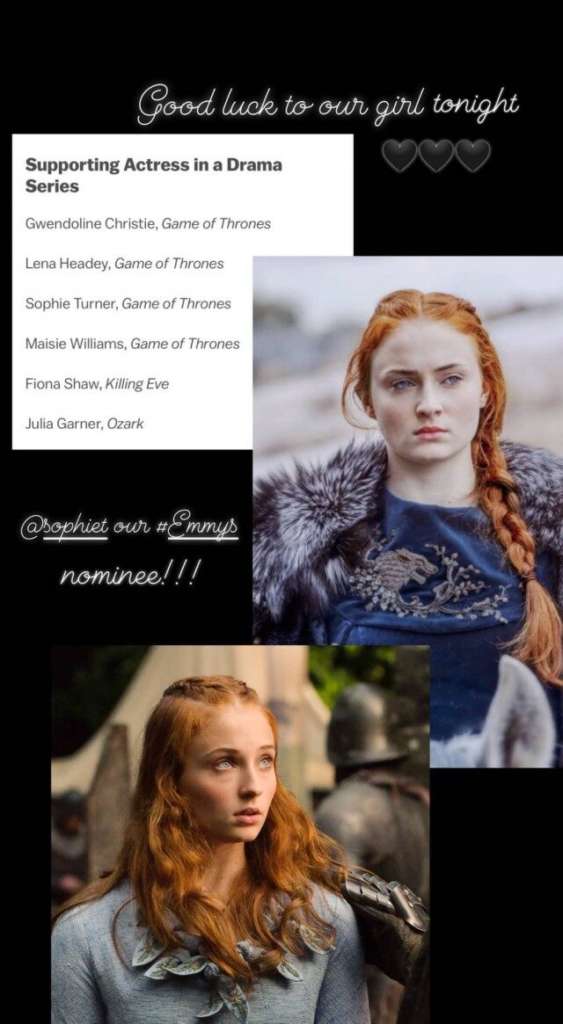 There's no doubt that Game of Thrones has brought Sophie a lot of success and fame.

After all, the series got no less than 32 nominations this season!

Following the Creative Arts Emmys last weekend, Game of Thrones is up for seven more awards.

If they win at least three out of those seven, the show breaks its own ‘most wins in one year’ record.

Sophie’s sister in law was not the only one who showed her support on social media.

As mentioned before, so did her hubby, Joe Jonas! 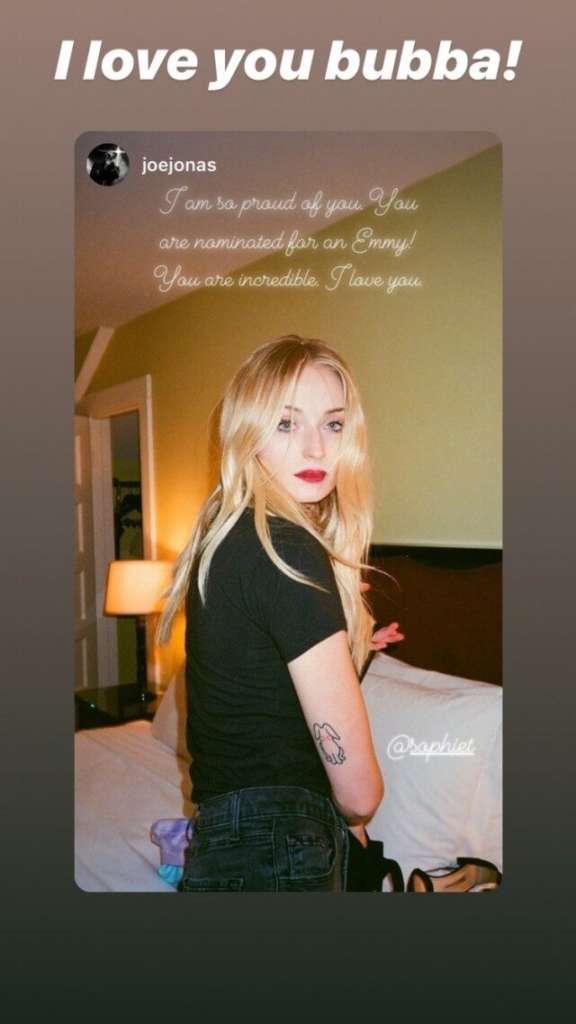 The Jonas Brothers singer posted a super pretty picture of his actress wife and wrote alongside it: ‘I am so proud of you. You are nominated for an Emmy! You are incredible. I love you.’ Aww….

Not too long after, Sophie responded to Joe’s message with an IG Stories post of her own that simply read: ‘I love you bubba!’ Double aww….

Priyanka Chopra And Nick Jonas Have Entered The Fashion Industry