Priscilla Presley Never Met Another Man Like Elvis Presley – What About Tom Jones?

Priscilla Presley has confessed that she has never met another person like Elvis Presley and his legion of fans agree.

The red-haired actress and business magnate wed the “Heartbreak Hotel” singer in 1967 in a lavish ceremony at the Aladdin Hotel in Las Vegas, and their six-tier wedding cake that cost a whopping $3,200 ($22,000 in today’s dollars) grabbed headlines.

They welcomed their only child, Lisa Marie, exactly nine months after their wedding, on February 1, 1968, and they divorced in 1973.

The co-founder and former chairwoman of Elvis Presley Enterprises (EPE) went on to date Marco Garibaldi from 1984 to 2006, and they share a son, Navarone Garibaldi. She is currently dating her old friend, iconic Welsh singer Sir Tom Jones, 76.

However, 44 years after divorcing the “King of Rock and Roll,” the “Naked Gun” star claims she still misses Elvis and does not believe she will ever meet another man like him.

The former “Dallas” star, 71, told an Australian publication: “I miss his laughter. His laughter was so contagious. He’d start and everyone would start — they didn’t know what they were laughing about, they just got so much enjoyment from being with him. Watching him was such an experience.”

Riley Keough’s grandmother went on to share: “It was really heartfelt and I really miss that a lot. I don’t think I’ve ever met anyone who laughed like that. He was like a little boy.”

She went on to share a fascinating fact about the man who is one of the best-selling solo artists in the history of recorded music – he was shy and hated the limelight.

She revealed: “I’m still not comfortable being in the limelight. Memphis was pretty good about protecting him and letting us live our lives. But in California though, we’d be lying out by the pool in our backyard and hear the rustling of trees and, sure enough, the paparazzi would be hiding behind them.”

The former wife of the late entertainer did not remarry, and there is a big possibility she never will because Jones said he is not walking down the aisle again. 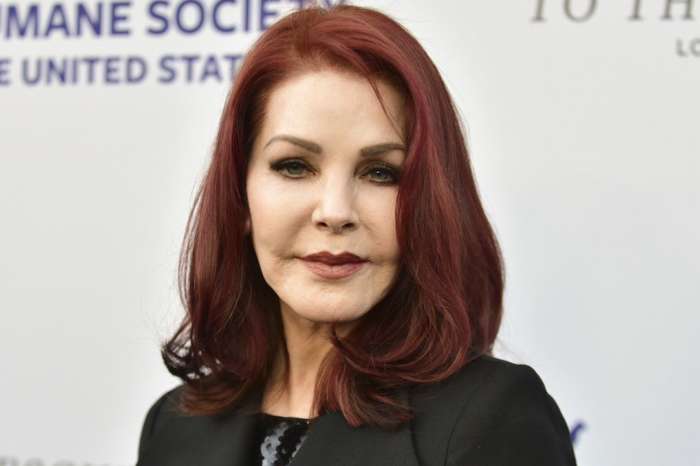 Why did she get plastic surgery on her face she didn’t need it she was lovely as she was, she looks awful now also if she wants 2 go out with tom it’s up 2 her he’s not nice looking don’t think he ever was but he might be a nice person ? although his wife stayed with him & he bedded loads of other woman the same as Elvis did while married 2 priscilla but their older now & they could be close friends x

Priscilla should put her daughter first with the children , Lisa maria
is calling out for help everyone should be their for her , she is vulnerable help her or you will loose her just like ELVIS. God help
her.