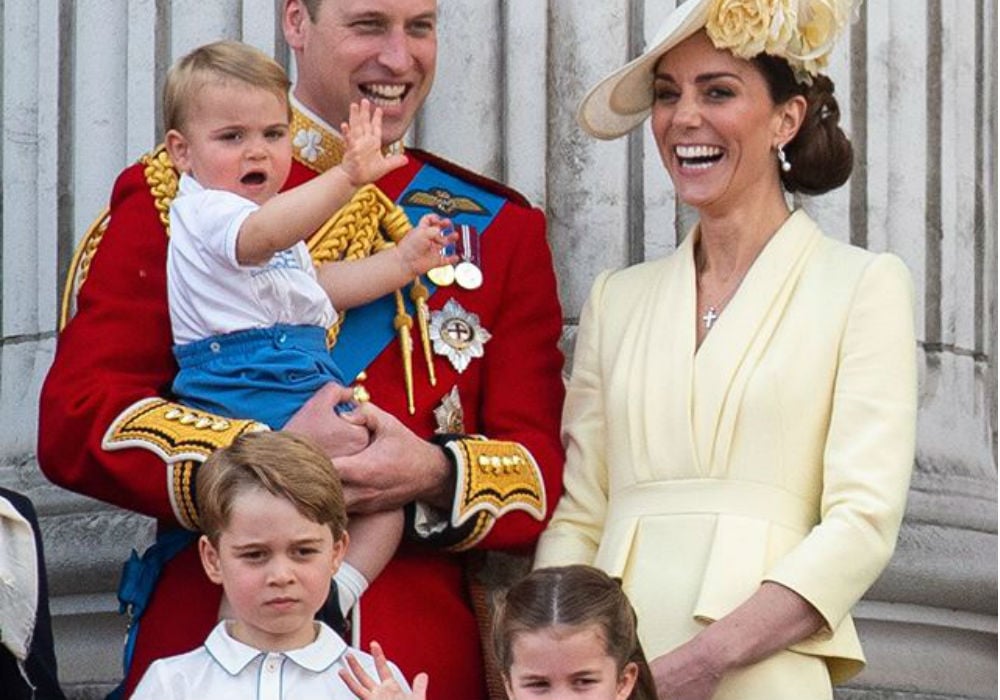 Kate Middleton and Prince William were in Yorkshire on Friday for their first joint public appearance since Megxit. And, after they met with leaders from different community and faith groups at Khidmat Centre, the couple took the time to greet the large crowd outside Bradford City Hall. During a chat with one fan, Middleton revealed that Prince William is happy with their family of five.

While speaking with 25-year-old Josh Macplace – who excitedly shared with the Duchess of Cambridge that he had sent cards to congratulate the couple after the birth of each of their three children – Middleton said, “I don’t think William wants anymore.”

According to People Magazine, Macplace has autism and DiGeorge syndrome; and, after Middleton dished the inside info she bent over to give her fan a hug.

Hundreds of royal fans gathered to catch a glimpse of the future king and queen, and they cheered and waved flags for the couple. William and Kate was there to help with a community project aimed at helping grandparents bond with their grandchildren.

William and Kate are the parents of three – Prince George, 6, Princess Charlotte, 4, and Prince Louis, 1 – but the British press has been speculating in recent months that another baby could be on the way very soon.

Betting houses in the UK actually had odds on if and when Middleton would announce another pregnancy, and they were doing the same thing for Meghan Markle. Many were convinced that both Middleton and Markle would both announce pregnancies before 2019 came to an end.

Happy birthday, Kate Middleton! The Duchess of Cambridge and mother of three has proven herself a master at royal parenting. ❤️ pic.twitter.com/bmDwRoZhvM

The speculation and pregnancy rumors surrounding both Duchesses completely died out when the headlines started focusing on Prince Andrew’s involvement in the Jeffrey Epstein’s scandal. Then, when Prince Harry and Meghan Markle announced they were stepping back from their roles as senior royals, the idea of a possible pregnancy in the royal family no longer seemed newsworthy.

During their visit with royal fans, William and Kate “didn’t let it show that the drama had been going on,” according to onlooker Rukshar Parveen, who added that she loves the royal family and was “really impressed” with William.

Jo Broadbent, who was part of the grandparents’ group who met with William and Kate, said that it was obvious how proud Kate Middleton was of her children, and the Duchess shared that watching Prince Louis transition from baby to “a little boy” in recent months has been nice.