The news recently broke that 32-year-old terrorist Husnain Rashid confessed to targeting 4-year-old Prince George and encouraged ISIS to carry out a plot against him at his school, but Prince William, Kate Middleton and the Royal family will not retreat from public view because of the threatening call to action.

Prince George is third in line to the throne – behind Prince Charles and Prince William. But, TMZ is reporting that despite the threats, he will appear as scheduled on June 9th with his family in full public view on the balcony at Buckingham Palace.

Middleton, Prince George, and Princess Charlotte also spent time last weekend at a public park to attend the Houghton horse trials – and equestrian event held on the grounds of Houghton Hall.  And, of course, the whole family attended the wedding of Prince Harry and Meghan Markle, so the threats are not keeping the family out of the public eye.

As for George going to school, it’s location has always been a matter of public record. So, even though Rashid posted a pic of George next to a silhouette of a jihadi fighter along with the school’s address and wrote the caption “even the royal family will not be left alone,” the young prince will continue to attend.

This is not the first time that Prince George’s primary school was the center of suspicious activity. Right after he started at Thomas’ Battersea last September, police arrested a woman trying to break in.

The royal children are currently spending time with their mom and running around at their country home at Anmer Hall – a ten-bedroom house with tennis courts and garden – during their week-long half-term break. Kate Middleton is also recuperating and bonding with her newborn, Prince Louis, in complete privacy.

Prince George and Princess Charlotte joined the #RoyalWedding as a Page Boy and a Bridesmaid.

But, they will soon be returning to London since George is going back to Thomas’ Battersea on Monday and Princess Charlotte resumes her term at Willcocks Nursery School the same day.

Royal watchers will get their next chance to see the family at Trooping the Colour this weekend in celebration of Queen Elizabeth’s birthday. Prince William and Kate Middleton plus George and Charlotte will attend, but nanny Maria will be taking care of Prince Louis, who is only five and a half weeks old. 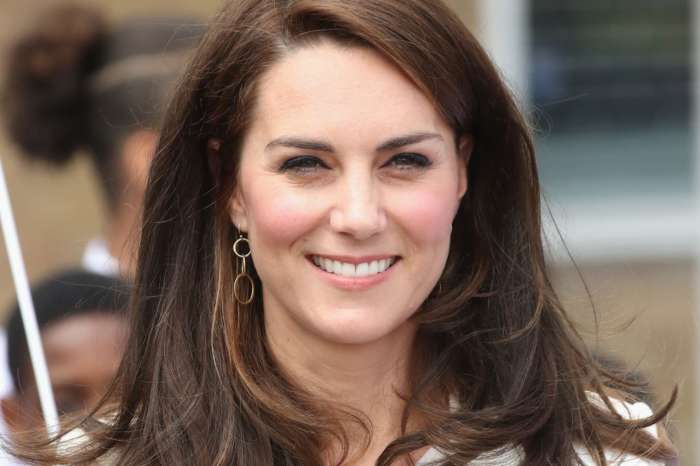 Kate Middleton’s Quarantine Measures Include Putting Away Her Engagement Ring