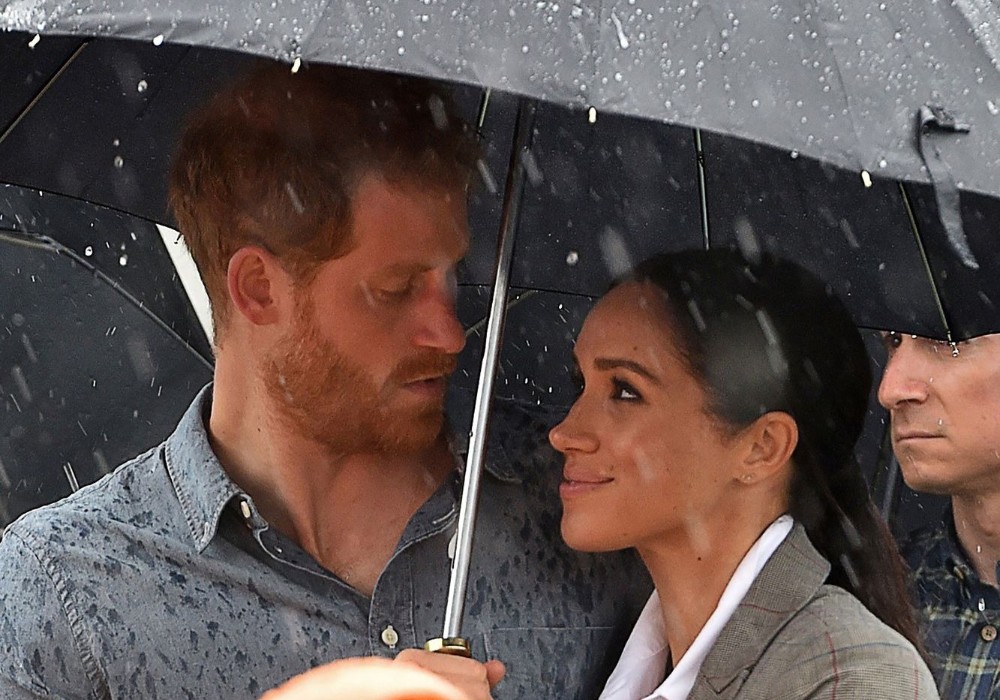 Norman Baker, a former member of the British Parliament and author of the book …And What Do You Do?, has called out Prince Harry and Meghan Markle for the big bills they have racked up. Baker – who is currently a member of the Privy Council, the body that advises the British monarch – claims in a new piece that he wrote for The Daily Mail that Harry and Meghan have cost British taxpayers millions over the past two years.

Baker claims that from the time Harry and Meghan tied the knot in May 2018 up until they officially stepped down as senior members of the royal family on March 31, 2020, the Duke and Duchess of Sussex cost British taxpayers more than $53 million.

Happy Anniversary to my King and Queen, they have changed the game whilst minding their own. #HarryandMeghan pic.twitter.com/LKBSk17CTq

“From their wedding day to March 31 this year, I estimate the British taxpayer has forked out more than £44 million ($53 million) to provide Harry and Meghan with, it seems, whatever they want,” wrote Baker.

After looking over Harry and Meghan’s finances, Baker says that the couple are still piling up the bills even though they have moved to Los Angeles and are no longer working royals. Harry and Meghan have an estimated net worth of $25 million, but that doesn’t mean they can afford the lifestyle they are currently living.

Baker says that by far the most expensive item on the list was Harry and Meghan’s wedding, which he says cost $40.8 million. However, the couple personally contributed just $2.4 million for the big event. For perspective, Prince William and Kate Middleton’s 2011 wedding had a price tag of $24.3 million.

The high cost of Harry and Meghan’s wedding was blamed on security, which reportedly cost $35 million on its own. However, Baker says there were other extravagant purchases, like spending $109,000 for 20 new trumpets and $1.83 million on things like a PA system, private contractors, banners, and flags.

You must be joking? Meghan Markle has the audacity to complain that ‘Nobody asked if she was okay’ but have a look at how much her and dimwit have spent. What a disgraceful pair Have Harry and Meghan cost us £44million?  https://t.co/QAib9xBKuR via @MailOnline #megxit

Harry and Meghan also put the UK taxpayer on the hook for their 21-room apartment at Kensington Palace, which cost $1.7 million to renovate. Then, they moved to Frogmore Cottage at Windsor, and that cost another $2.9 million to rehab. After just six months at Frogmore Cottage, the couple moved to Canada with their son Archie Harrison.

Baker says that Meghan Markle has also amassed a jewelry collection worth three-quarters of a million dollars since marrying Prince Harry, which is a collection larger than the late Princess Diana. He also estimates the cost of their staff over the past two years has been approximately $721,000.

Heard some really interesting news today. Apparently 12 months ago Harry rung his grandmother to confide in her ,to tell her he had made a massive mistake marrying Meghan.Acknowledging what he told her, the Queen reportedly advised him to give it 2 years and then decide pic.twitter.com/l8TL3dxUu3

There were also travel expenses and personal security expenses, and after Baker added it all up he came to his $53 million estimate.

Norman Baker also pointed out that Prince Harry and Meghan Markle currently receive $2.5 million per year from Prince Charles through the Duchy of Cornwall. However, he can count the Duke and Duchess as a business expense, and that will also cost British taxpayers another $2.32 million over two years.

“Controversially, Charles is allowed to classify this allowance to Harry as a business expense, which he can set against tax,” wrote Baker. “This means that the public purse continued to support Harry for as long as Charles continued with this approach to funding the Duke.”

Blac Chyna Makes Jaws Drop With These Racy Swimsuit Photos, Showing Off Her Generous Curves - Fans Are Completely Shocked By The Daring High-Cut!