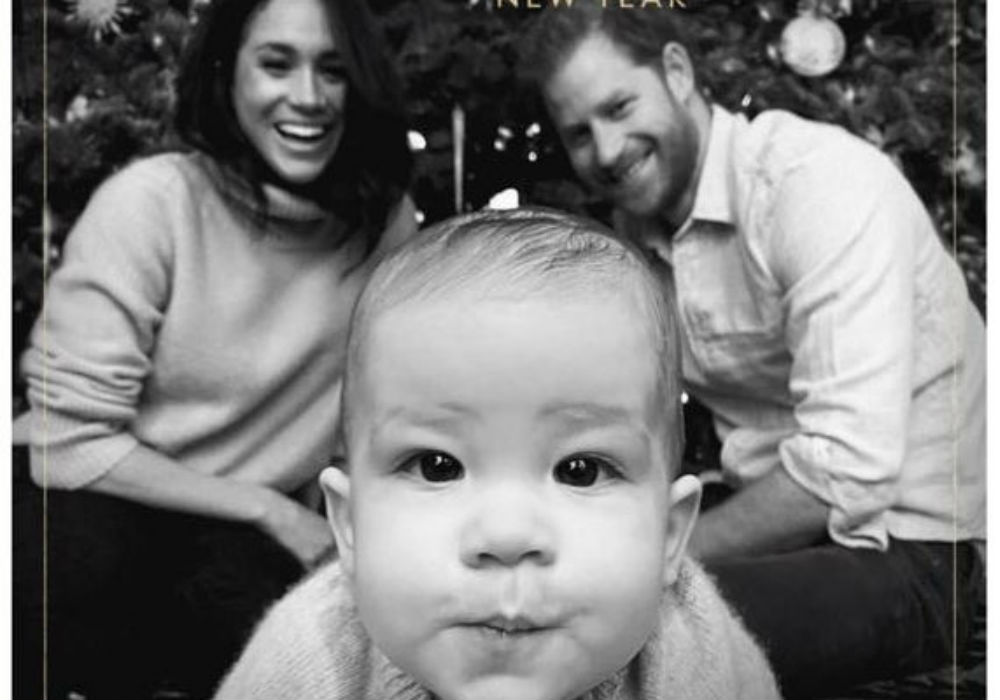 Prince Harry and Meghan Markle are currently in the UK for their final series of royal engagements before stepping down as senior members of the royal family. However, they left their ten-month-old son Archie Harrison behind in Canada, and a former royal advisor says it was an “inconsiderate” decision from the the Duke and Duchess of Sussex.

Dickie Arbiter – the press spokesperson for Queen Elizabeth between 1988 and 2000 – told Nine News Australia that there “isn’t an excuse” for Harry and Meghan “not bringing” the royal tot with them on their trip.

“It would be a great pity if he’s not brought over because he’s not seen his great grandparents, the Queen and Prince Philip, or his granddad [Prince Charles], since last year, and I think it would be such a shame if they don’t get a chance to see him,” Arbiter said.

He went on to say that he believes the Sussexes should have brought Archie because he’s got to meet his family. Now that Harry and Meghan are going to be in Canada and the United States for some time, Arbiter explained that the royal family will not get the chance to see Archie.

When one of Nine News Australia presenters noted that leaving Archie Harrison at home would be “spiteful,” Arbiter agreed and added that it was also “inconsiderate.”

Arbiter pointed out that Queen Elizabeth will be turning 94 next month and Prince Philip will turn 99 in June, and both are not going to be with us much longer.

Tonight in London, for their third consecutive year, The Duke and Duchess of Sussex attended the annual Endeavour Fund Awards, which celebrates the achievements of those veterans injured in service who have taken part in remarkable sporting and adventure challenges over the last year. By choosing to take on what seems impossible, these men and women not only set goals for themselves but have also inspired millions of people around the world. These annual awards bring together The Duke and The Duchess alongside wounded, injured and sick Service personnel and veterans as well as their families, friends and supporters of the military community. The Duke, who founded the @EndeavourFund, spoke on the night: • “The Endeavour Fund came from seeing the gaping hole that can be left after taking off that uniform. The power that sport and adventurous challenge plays in recovery, yes; but most of all – the chance to be part of a team again while attempting to achieve unthinkable challenges – as if being shot or blown up wasn’t enough, you guys continue to impress, inspire and challenge what it means to have a life changing injury.” • Since its launch in 2012, the Endeavour Fund has supported 108 projects that have directly assisted over 6,000 of those injured in service. Congratulations to all those who participated in endeavours over the last year and inspired others to push the boundaries of what’s possible! #EndeavorFundAwards

The Duke and Duchess of Sussex kicked off their final series of royal engagements with an appearance at the Endeavour Fund Awards at Mansion House on Thursday night. A photo of the couple outside of the event walking under an umbrella in the rain has gone viral, as the couple appeared to be insanely happy, glowing, and in love.

Their final appearance with the royal family will take place on Monday, March 9th at the Commonwealth Day service at Westminster Abbey. This will most likely be the final time fans will get to see Harry and Meghan with Queen Elizabeth, Prince William, and Kate Middleton.

The Duke and Duchess of Sussex will officially step down from their roles as senior royals on March 31st.

Kenya Moore's Daughter, Brooklyn Daly Is A Warrior Princess In This Latest Photo