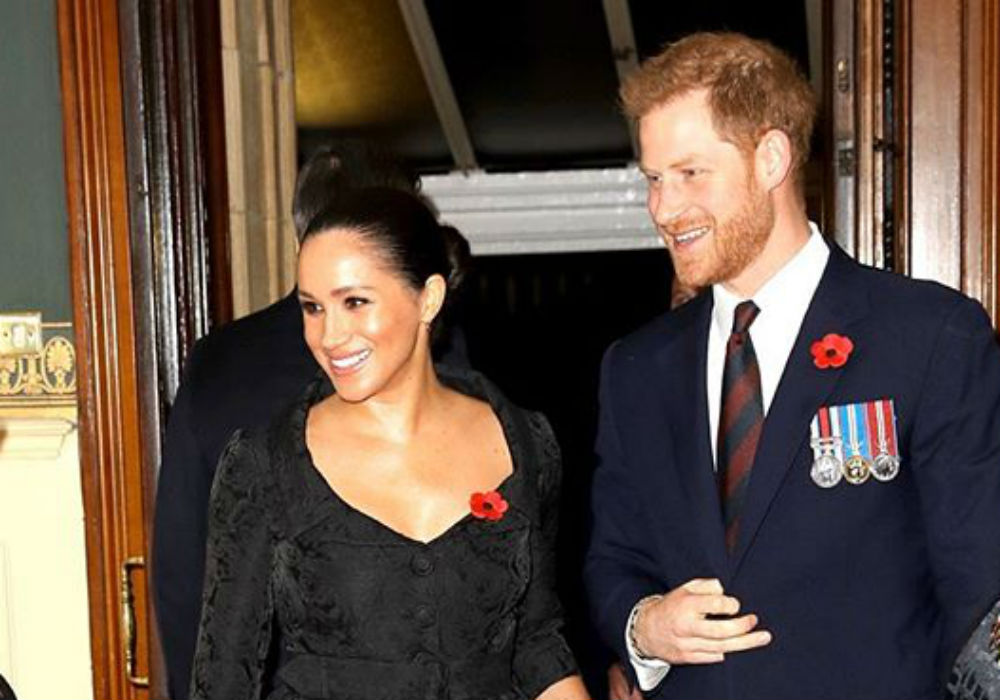 Prince Harry and Meghan Markle recently returned to the UK after taking a eight-week break in Canada for the holidays, and now the couple is back to work and trying to figure out exactly what their role will be in the royal family going forward.

Journalist Tom Bradby – who made the documentary Harry & Meghan: An African Journey – was able to spend quite a bit of time with the Duke and Duchess of Sussex during their royal tour last fall, and he says that the couple is “considering their options.”

Even though the couple opened up to Bradby about the hardships they have faced over the past couple of years, he says that he didn’t ask them about what their plans are for the future. Bradby explained that information like that is kept “pretty close to their chest,” which is understandable.

Bradby added that he gets the impression that nothing is set in stone, and there are a million possibilities. He also agreed with claims from The Sun that Harry and Meghan could move to Canada for a “significant portion” of the year. The outlet also reported that the Duke and Duchess of Sussex could get rid of their royal titles.

Harry and Meghan spent Thanksgiving and Christmas at a luxurious vacation home on Vancouver Island with their eight-month-old son Archie Harrison and her mom, Doria Ragland. They both have a history with the country – which is part of the Commonwealth – as Markle lived in Toronto for seven years while shooting the USA legal drama Suits.

Today, The Duke and Duchess of Sussex visited Canada House in London to thank the High Commissioner Janice Charette and staff for the warm hospitality during their recent stay in Canada. The Duke and Duchess have a strong connection to Canada. It’s a country The Duke of Sussex has visited many times over the years and it was also home to The Duchess for seven years before she became a member of The Royal Family. Thank you Canada 🇨🇦! • Video © SussexRoyal Music © Raphael Lake

That’s where Markle lived when she started dating Harry, and the couple made their first public appearance together as a couple in September 2017 when they attended the Invictus Games in Toronto together, which is an event that Prince Harry created.

Now that they are back in the UK, Prince Harry and Meghan Markle returned to their royal duties this week by visiting Canada House, which is the base of the High Commission of Canada to the UK. They thanked Canada and its citizens for welcoming them during their vacation, and discussed their priorities for the new year.

Tamar Braxton Is Quickly Reminded She Is Not Toni Braxton For This Negative Comment In Video With David Adefeso -- Is The Singer Wrong To Speak Her Mind?