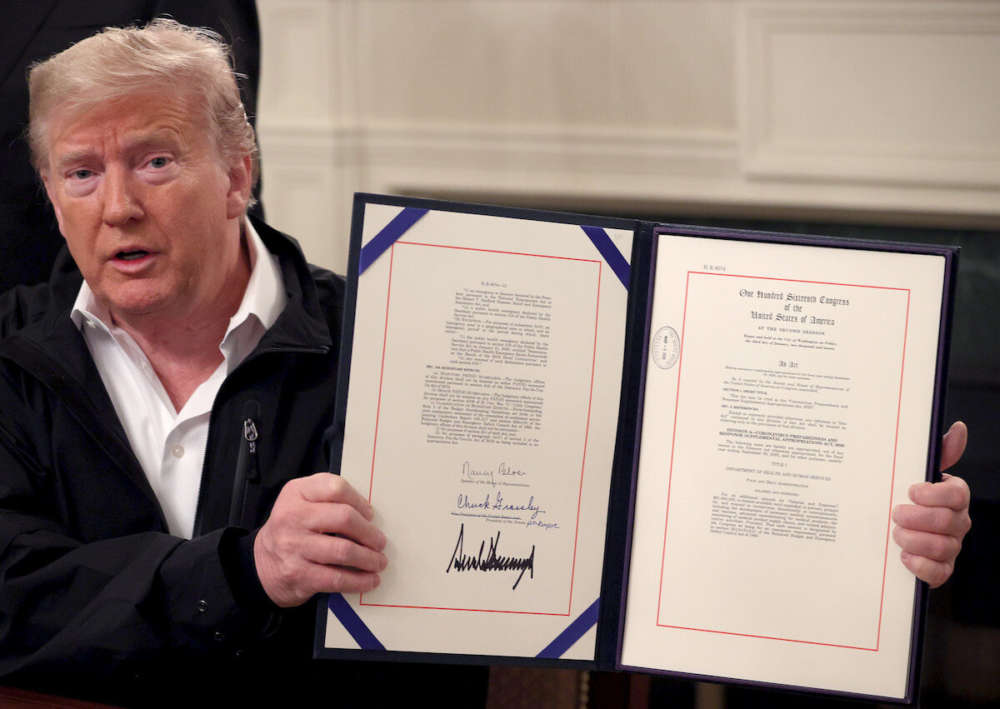 Love or hate the president of the United States of America, Donald Trump understands internet meme culture. Earlier this weekend, the president posted a deep-fake video of the classic 1990s film, Independence Day, in which Bill Pullman gives his speech before the fighter pilots go to war with the alien invaders.

Likely in reference to the coronavirus pandemic that led to the nationwide lockdown in the United States, Trump posted the meme on his Twitter account featuring his own face superimposed over Bill’s which was seen over 15 million times and liked hundreds of thousands of times.

However, not everyone was happy about it, including the Independence Day actor himself, Bill Pullman, who was the one to give the speech in the movie. Deadline reported today that Pullman actually responded to the tweet albeit unhappily.

In a statement provided to the outlet, Deadline, Pullman wrote that his voice belongs to no other individual but himself, and he’s not running for the presidency anytime soon. As fans of the original 1996 film know, Bill, portrayed the president of the United States, Thomas J. Whitmore, a former fighter pilot.

The speech he gives before they head off into battle encourages the other pilots to go fight against the alien invaders as the last attempt to save human civilization. Trump’s deep-fake video also features cameo appearances from other Republicans, including Ted Cruz, among others.

As it was previously reported, the United States began a full-scale lockdown of the nation back in March of this year. For months, Americans had to stay behind doors and for the first time ever, avoid working in exchange for government stimulus checks.

However, states are now finally re-opening in spite of what some health professionals have argued. Trump and other members of his administration have insinuated that the repercussions of continued quarantine, including the economic effects seen around the world, far out-weigh the further spread of COVID-19.

Other financial analysts have argued the same point. Earlier this week, other business professionals and leading financial figures stated that the current stock market is the most overvalued it has been since the Dot Com bubble in the early 2000s.