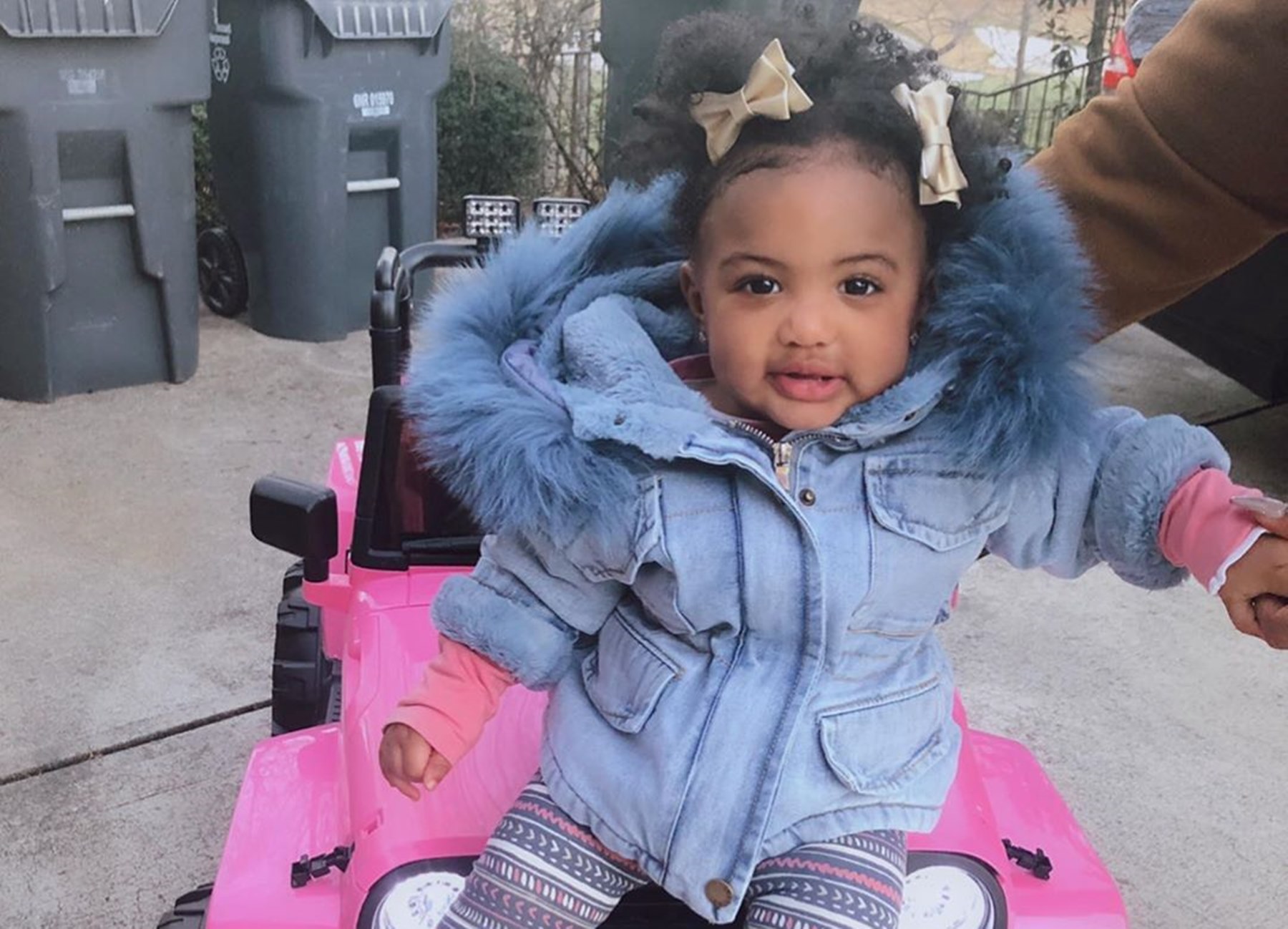 Porsha Williams, 38, took to social media to share a wonderful video where she is celebrating a huge milestone with her baby daughter.

At 11 months old, Pilar Jhena has decided to take her freedom and is officially walking around the house. The Real Housewives of Atlanta star explained that PJ decided to start walking around while she was filming a clip with Dennis McKinley.

The model and businesswoman shared: “Omg @pilarjhena is walking guys 😩❤️❤️🙌🏾 #11Months *Funny story Pilar actually started walking in the middle of Dennis and I doing the #fliptheswitchchallenge 😂😂 I guess she was like “Aight I’m out.”😭🤷🏾‍♀️”

Many celebrities, including 50 Cent’ girlfriend, Cuban Link, and NeNe Leakes, reacted to the sweet news.

This follower explained: “Those are the best times!!! Lockdown everything!!!!! 😂😂😂🤷🏽‍♀️❤️
Sis has definitely been walking. She’s too sturdy. She was just letting y’all do the work for her. 😩”

Off to Greece!! So blessed to take them with me to one of my bucket list vacays! @msdianeofficial @pilarjhena #Rhoa #ThrowBack

This person stated: “Hahaha PJ was like oh nooo you ain’t about to go viral without me.
yeah that’s so exciting now the next level fun begins your vocabulary will consist of coming back here, where you are going, bring that back, don’t run from me 😂😂😂😂.”

A source recently spoke to Hollywood Life and revealed that the couple has been working on their romance after the epic cheating scandal.

The insider revealed: “They’re together, happy and engaged but aren’t wedding planning really at the moment. They’re just working on becoming as solid as they can again before walking back down that road.”

The pal shared: “Porsha and Dennis are keeping their relationship and the ins and outs of it a little more private now that they’ve reconciled, but they seem to be doing well. They just don’t want people prying too much. It’s taken a lot of communication, but she’s really working on trusting him again. It’s been shown a lot on the show, but they’ve been in therapy. Her family had more trouble forgiving him than she did, but they love and support Porsha and want her to be happy.”

Porsha is focused on keeping her family tight.

50 Cent's Phone Seems To Have Been Hacked - Check Out The Latest Pics That Popped Up On His Instagram And Shocked Fans!

PJ is so adorable. I’m glad that you & Dennis are working on your relationship.