Hot red, Porsha Williams is melting hearts on social media thanks to a series of photos and a sexy message that she posted about her mysterious boyfriend.

The Real Housewives of Atlanta star took to Instagram where she shared a few pictures with dazzling red hair for her birthday.

The founder of Naked Hair can be seen flaunting her fiery hairdo with her sister, Lauren Williams, who is dancing like no one was watching.

She also unveiled the birthday gift she received from her BFF and assistant, Dominic Rahjee.

Porsha, who recently confirmed that she is happily dating someone, said she decided to dye her hair red because he made the special request.

The TV personality revealed about her beau: “He Said he like it red #BloodyMoves #DM❤️.”

She added: “Swipe to see the crazy Lo I deal with lmao @lodwill #RealSisters ❤️My Birthday Tomorrow she is already acting up.

The stunning model recently appeared on Andy Cohen’s Love Connection, and this is what she had to say about the show: “The experience was eye-opening because I really didn’t expect to like the candidates the way that I did. I thought Andy did a really good job of picking guys. I was pleasantly surprised. I want someone who is ready to settle down, who’s dating with a purpose, and someone who wants love, a family, who’s ready for the next level of life.”

She went on to confess: “In the beginning, I was just totally afraid to do it. I’ve never on a blind date before so I had all of my trust in Andy’s hands. I’m a hopeless romantic and I know what I deserve and I’m not going to stop until I get it. The guy that I picked, we actually went on a few more dates and we’ll see.”

One fan told the actress: “Anything on u is stupendous baby esp me lol damn you wifey so BAD ughhhh I love you keep slaying and being the most beautiful woman alive boo @porsha4real.”

Another commenter wrote: “She looks good in whatever she wears. Some women can do that. Porsha fiiine!!!! And her sister look high af lol. I definitely wouldn’t have posted my sis looking crazy and I’m beat af.”

This supporter responded by: “Because she is the help and god bless her soul for it. Everybody isn’t made for spot light life. And the people who are can’t do it without some loyal mfs who look a certain way so the superstar can shine, so EVERYBODY can eat…. her sister looks beautiful btw.”

Fans are eager to meet the new boo. 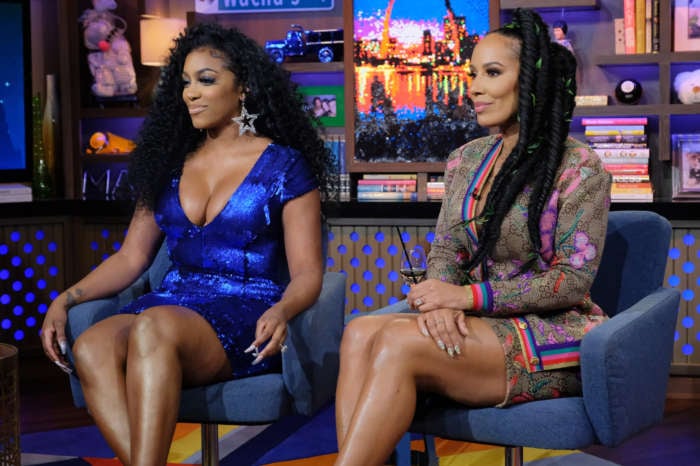