Porsha Williams Raises Awareness On Stephon Clark’s Case; He Was Shot To Death By The Police ‘For Nothing’ – Check Out Porsha’s Emotional Post & Photo

Stephone Clark got shot to death on the evening of March 18, 2018, by two police officers in Sacramento. They were looking for a suspect who had been breaking windows in the Meadowview neighborhood and believed that he’s the one.

The police found the man on his grandmother’s lawn, and he ran away while they were filming the whole thing.

They shot the man firing 20 rounds after they believed that he had pointed a gun at them, but he was found unarmed, holding only his phone.

This shooting caused massive protests in Sacramento and Clark’s family members have made their skepticism about the police’s description of events dating that evening public.

The police said that they are confident that he was the person responsible for breaking windows in that area.

#RipStephonClark ?Something has got to give ? ?

‘#RipStephonClark Something has got to give ‘ she captioned the post in which we can see Clark sleeping with two kids in his arms.

Her fans and followers began posting various opinions on this case. ‘His family needs justice,’ one follower wrote, while another said that ‘I think it’s Time for WAR! this is enough! They have killed too many Black Men! #sick.’

‘Omg so sad this is a beautiful picture to remember him by though’ another commenter wrote, while one other person posted ‘So sad!!! What is wrong with our world?!?! ‘

Another one of Porsha’s followers noted that ‘Sad but why did he run if he wasn’t doing anything? You can’t outrun the police.’

What do you think of this whole tragic incident? 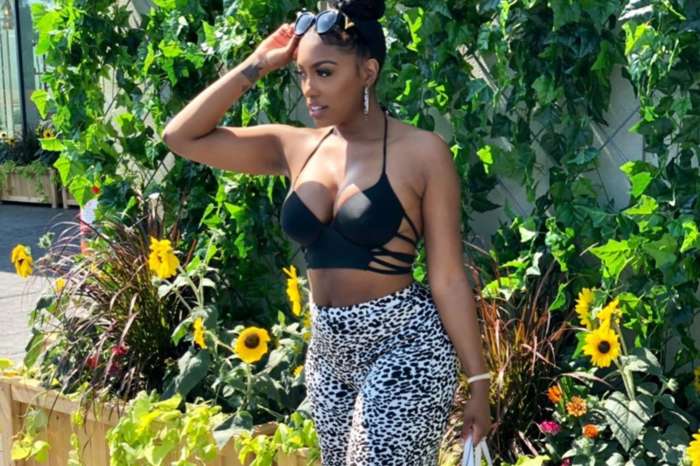