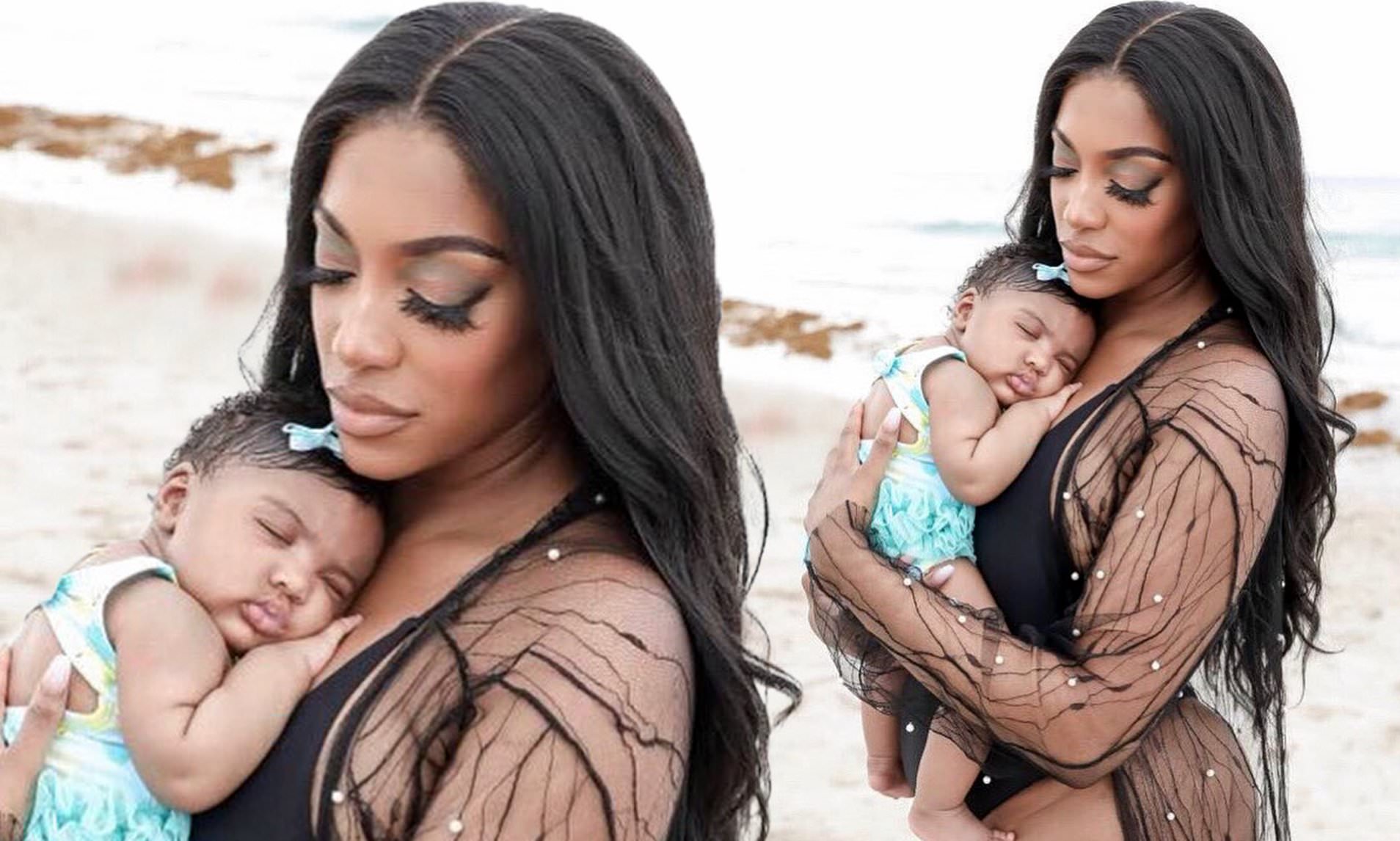 Porsha Williams is super proud and in love with her baby daughter, Pilar Jhena, also known as PJ! As a result, she’s been posting a lot of adorable pictures of the infant on social media but this new one might really be the cutest one yet!

The 5 month old has been doing a lot of growing up and she looked so adorable with her chubby cheeks and arm rolls in the new photo her mother shared online.

Little PJ wore a bright pink onesie with fruit pattern all over.

Porsha’s followers are definitely melting but what is new?

The mother never misses a day when it comes to posting snaps of her offspring and she’s always dressed in the best baby fashion.

That being said, PJ has already modeled outfits such as that one striped footsie pajama with strawberries on the toes for the camera. Cuteness overload!

Can’t believe I never posted this one ❤️ #GoodMorning

Meanwhile, Porsha and Pilar’s dad, Dennis McKinley just reunited not too long ago and they are apparently already trying for a second addition to the family!

While on Dish Nation on August 15, they mentioned that making Pilar a younger sibling is in the plans.

‘I always said, if you are married, go ahead. Be fruitful. That is what [you’re] supposed to do. Have as many kids – multiply – have as many kids you want, that you can afford,’ Porsha argued.

But as it turns out, they still want to wait until their daughter is a bit older before having another child.

As for how they managed to get back together, one insider shared with HollywoodLife that ‘Dennis stepped it up more and more. [Porsha] and Dennis have a lot of love, and most of her RHOA costars have really supported her through this.’

Harry Styles Confesses He Made Music About ‘Past Relationships’ - Taylor Swift Fans Are Freaking Out!