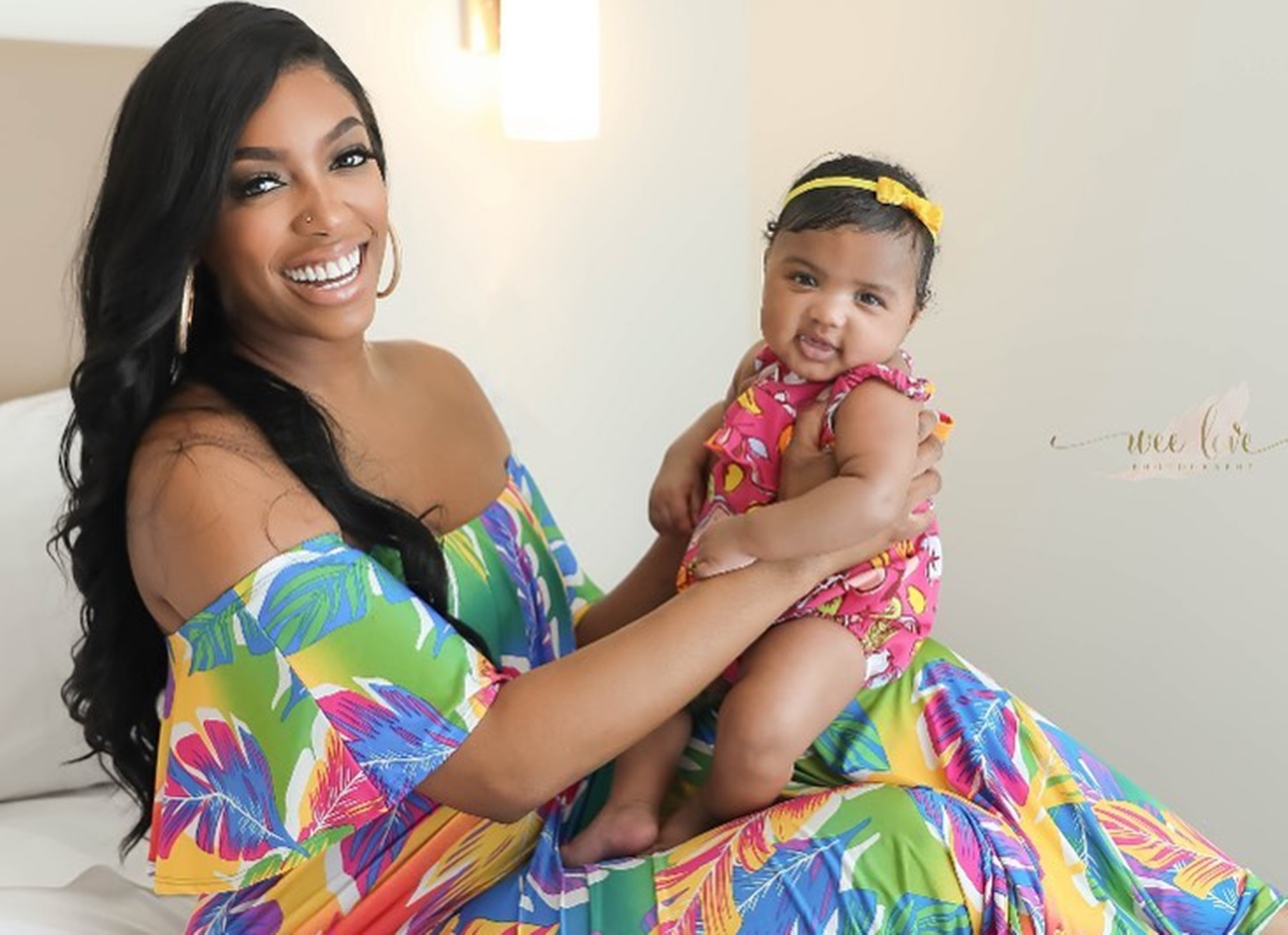 Believe it or not, Porsha Williams and Dennis McKinley are still filming episodes of the Real Housewives of Atlanta together.

However, fans should not get their hopes up — the parents of baby Pilar Jhena are not getting back together anytime soon.

A source spoke to Radar Online and revealed that for the past few weeks, Dennis has been to the home of his former ex-fiancée to film scenes for the Bravo show.

The exes are friendly with each other and are determined to co-parent in a peaceful manner.

The person in the know said: “He was at their home last week with cameras and the baby. They are still co-parenting.”

According to the insider, Porsha has stopped wearing her massive engagement ring, confirming that the engagement is over: “They have called off the engagement and don’t plan on getting married. But he’s around the house with the baby all the time. They are not on the same page when it comes to spending money.”

The former couple split after rumors claimed that Dennis cheated. The businessman has denied the claims.

Porsha showed love to Dennis on Father’s Day by writing: “Happy 1st Father’s Day, Dennis. Pj @pilarjhenais blessed to have such a wonderful dad like you. It’s beautiful to witness the bond you have with our tiny angel.”

One fan reacted to the news by saying: “Yes, generational actions are important. It’s important to do good. However, you have the opportunity to make it better..you have a great task before you, and this is a great start. Keep praying to God and ask for his help he can restore your family. Never give up.”

This little girl right here! She can be anything she wants to be 💪🏽

Another commenter wrote: “That’s beautiful, Dennis. God takes care of babies and fools so; they don’t pay for sins they didn’t commit. You can rest well and keep pushing because the only thing she’ll be doing is breaking those pockets. #HappyFathersDayBrother I’m so happy for you. You needed a girl to break you down lol.”

This supporter shared: “You and your sweet baby and future wife (I’m claiming and speaking that into existence for you all) are and will continue to be blessed in Jesus holy name. We are all imperfect, all made and will make mistakes that we hopefully gained some wisdom and maturity from. God knows this and loves us in spite of it. Yesterday was yesterday. All that matters is what you’re doing with what you now know TODAY.“

Porsha seems to be handling the rumors quite well.

I think the gift is beautiful, and I see little mexican children with necklaces, bracelets all the time. As a matter of fact I seen a baby with a necklace and nice bracelet today. Mexicans and Indians children are always in gold. I think its a beautiful gift and I;m sure that the charms will not fall off.