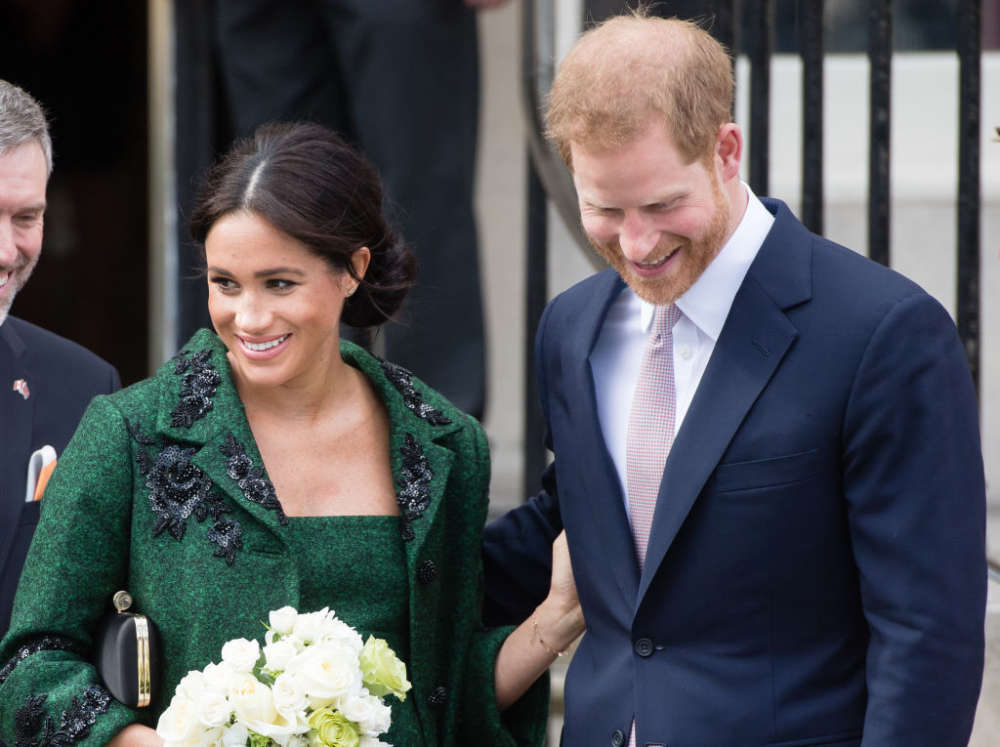 It looks like the British public isn’t interested in seeing Meghan Markle and Prince Harry as royals anymore. Page Six revealed a new poll unveiled from Mail Online, which claims that approximately 54% of people want the aforementioned duo stripped of their official positions within the British nation.

Moreover, the poll claims the vast majority of people want Harry and Meghan to no longer receive any royal allowances from the family or the British tax-payers. Those who were polled also claim they should be required to pay back the $3.1 million for the renovations they had done on Frogmore Cottage.

With that said, the same negative opinions are not held for the 93-year-old Queen. According to the poll, 60% of British citizens believe Meghan and Harry treated Queen Elizabeth II very poorly, with another 54% arguing that Harry should also give up his position as well.

At the moment, Harry is sixth in line for the British throne, and the public wants him out of it. As it was previously reported, Meghan and Prince Harry sent shockwaves through the mainstream media when they revealed they were backing down from their positions in the royal family.

Meghan and Prince Harry stated they wanted to foster their financial independence and they also intend on spending half of their time in North America and the other half in England. The revelation was made to the world without informing the Kensington Palace first.

One day a woman gave up her lucrative career that she loved, worked hard for & excelled at earning millions to be with the man that she loves. She made the emotional decision to pack up her entire life, kiss her loved ones goodbye & moved to an entirely different country to be with the man she loves. She said goodbye to her single mother who raised her & life as she knew it to be with the man she loves. She gave up any ounce of privacy she once enjoyed & took on a role gracefully without hesitation to be with the man she loves. She’s constantly bullied & vilified & is the constant target of relentless racism. The headlines are vile & sickening to read but people revel in the hatred toward her yet she still shows up, smiles for the cameras & never waivers in her support for her husband. She endures to be with the man she loves. She chose to carry the baby that they wanted, suffering through morning sickness, extreme hormonal changes, aches & pains & all the added risks of pregnancy when under extreme pressure. She was called too fat, too old & too pretentious for protectively holding her growing belly as she grew a human being inside of her, she no longer had control of her own body all the while being called a liar who was faking pregnancy. All to be with the man she loves. She went through postpartum anxiety & NEARLY broke down in a public interview, she was not offered love and support from the public instead called a drama queen. Just a great actor capable of crocodile tears, yet only after years of having her acting abilities scrutinised, but she continued to be the pillar of strength in the public eye & raising her baby boy, to be with the man she loves. The world never bat an eyelid over everything she gave up. The entire world chewed her up, spat her out and then demanded more. One day a man said he would not be bullied into playing a game that killed his beloved mum. He and his wife made the choice to put their families mental health and well-being first. . That grown man who is very capable of making his own choices, decided to give up his career to be with the woman he loves. . And the entire world went mad..

Followers of the royal family know that Meghan and the Prince have been at odds with the rest of the organization for months, although, some believed much of it was just media conjecture or over-exaggeration. The rumors, however, turned out to be true.

Furthermore, Harry’s decision to back out of his senior position at the Palace reportedly intensified his ongoing bad blood with Prince William. Tom Bradby, who appeared on Good Morning Britain recently, stated that William and Harry were struggling to make things work.

During Harry’s appearence in the documentary, Harry and Meghan: An African Journey, the Prince admitted that even though they might not always get along, they’ll always be brothers.

Prince Harry and Duchess Meghan, should have a peace of mind and be happy and free to raise their family in both cultures. Yes to financial independence for both of them. New traditions should be in their new life together as a family. I love this new couple ideas.