The local Police Department released a public statement in which they described the crime scene, urging people who have any information about the attackers to come forward.

“Police responded and determined that two victims, a 37-year-old male, and a 46-year-old female, were arriving home when they opened the front door of the residence and began to enter,” the department reported.

The statement went on to reveal that as soon as the reality TV stars entered their own residence, two other individuals who were already in the house, lunged at them.

According to the police, David Cantin was hit several times with a baseball bat while Dina Manzo was punched repeatedly by the other attacker.

Afterwards, the two victims got bound together by the criminals.

The whole time, the stars had their faces covered so they were unable to see the attackers.

After Manzo and Cantin got tied up, the assailants robbed them of cash and jewelry among other personal items and then fled the scene.

Cantin was eventually able to free himself and called the police who immediately launched an investigation.

About their physical injuries, the police revealed that Cantin ended up with severe face injuries, including a broken nose.

Shortly after receiving treatment, the starts were released.

The fans have been worried for Manzo and her boyfriend’s physical and mental health ever since the attack was made public.

Are you shocked something like this happened to Manzo? 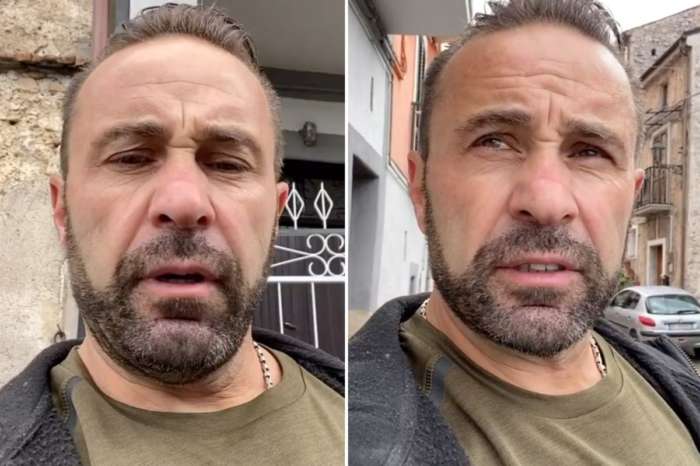 Dina and Dave. I could not imagine going through your situation. I hope you have sought out attention for PTSD. I went through a couple of situations that just knocks my world off it’s axis. Can’t sleep, nightmares, memory loss, FEAR every where you go. Your life was taken from you. You will go through a series of emotions as the days go by. There is your life waiting for you at the end of the tunnel. Get tough and take it back.
I took Self defence classes to give me the feeling I am not a Victim anymore. I also needed help with the stuff I could not talk about. It hurts unloading the memories. Some how it empowers you to realize you are not permanently stamped a Victim for the rest of your life. There are triggers from the three situations I went through.
I have to push through. Walk away, change what I am doing, seeing, or
hearing. It never completely goes
But it stays filed away in the back of my mind as time passes.

God please show mercy for these two wonderful people that because of you, they physically survived, and are here to eventually help others. because they know how others victims feel, and they can show them, that life carries on, after all.