Oh boy! Phaedra Parks is not going to like this. Apollo Nida has just decided to throw some massive shade at Phaedra while praising his fiancée, Sherien Almufti. Will she hit him back? Did he even write this?

Despite being incinerated, the former Real Housewives of Atlanta star found a way to share a post on Instagram where he said some rather harsh things about his 8-year marriage to Phaedra.

Apollo shared a picture of Sherien during her appearance on Say Yes to the Dress Atlanta and wrote this in the caption: “AFTER MY LAST MARRIAGE I THOUGHT LOVE WAS DEAD AND I WOULD NEVER ATTEMPT SUCH A THING, BUT I’VE FOUND THE ONE!!!!! SHE IS SO BEAUTIFUL @queensherien INSIDE AND OUT. IVE NEVER MET A KIND SOUL SUCH AS HERS & SHE AMAZES ME DAILY BY NEVER PLACING HERSELF BEFORE OTHERS. BABY I CAN’T WAIT TO LOVE ALL OVER YOU AND SHARE LIFE’S SPECIAL MOMENTS AND LOVE TOGETHER. THANKS FOR ALLOWING ME TO SEE TRUE LOVE AND SUPPORT AND NOT GIVING UP ON ME DURING THESE TRYING TIMES #MISSYOUBABY #YOUCOMPLETEME.”

#tbt Almost 4 years ago… Although it was a very sad day for us, bc you were leaving for a while ?? We still remain strong ???? I’m still here as I said I would be and I’m not going ANYWHERE!!! Love you to the core baby @apollonida03 ?? #loveislove #wecute #faith #youandi #forever

One commenter replied: “So she wrote this about herself as if it’s him. That’s weird. Maybe he wrote it down for her. Soooo she’s on say yes to the dress?? Her story: I’m getting married probably in 5 years because my husband is currently in prison only if he’s on good behavior it could be 3! ok I quit lol.”

Another follower continued: “If you 2 are soooo happy stop trying shade your ex and go live in la la land and be happy, married and locked up. Maybe go try to get on that show love after lock up.”

AFTER MY LAST MARRAIGE I THOUGHT LOVE WAS DEAD AND I WOULD NEVER ATTEMPT SUCH A THING, BUT I'VE FOUND THE ONE!!!!! SHE IS SO BEAUTIFUL @queensherien INSIDE AND OUT. IVE NEVER MET A KIND SOUL SUCH AS HERS & SHE AMAZES ME DAILY BY NEVER PLACING HERSELF BEFORE OTHERS. BABY I CAN'T WAIT TO LOVE ALL OVER YOU AND SHARE LIFE'S SPECIAL MOMENTS AND LOVE TOGETHER. THANKS FOR ALLOWING ME TO SEE TRUE LOVE AND SUPPORT AND NOT GIVING UP ON ME DURING THESE TRYING TIMES #MISSYOUBABY #YOUCOMPLETEME

A third person argued: “Oh please, what a joke. Phaedra gave your sorry ass the world, and you dogged her! This chick ain’t by orb nothing on her and don’t have a quarter of the money Phae has. You’ll be cheating on her and at the strip club, every night like you always did. Can’t-Wait to see how this circus turns out.” 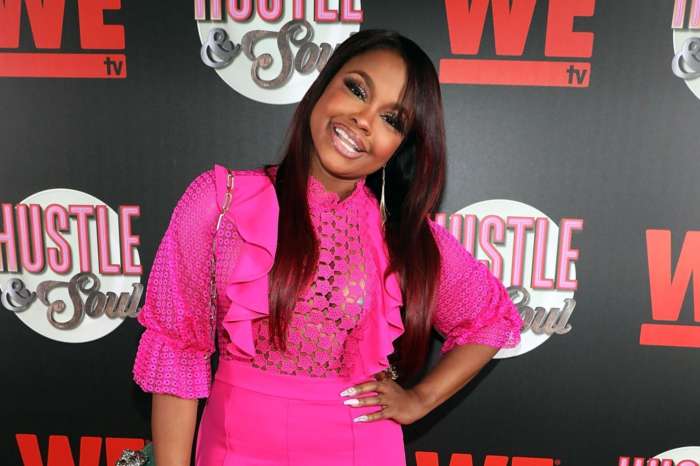 Phaedra Parks Invites People To Book Her Private Jet – Porsha Williams Is In! 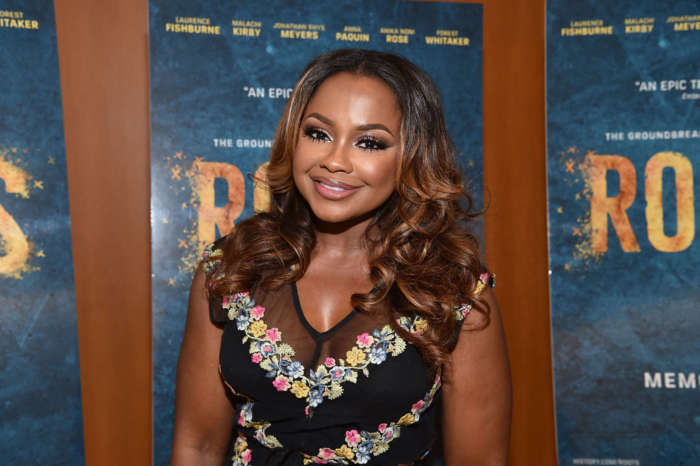 KUWK: Kim Kardashian Reveals North Is Just Like Kanye - She'll Say Whatever Regardless Of 'Who It Might Offend'

I’m sorry girl but you look terrifying in that picture you are thinking is this the right thing to do.one he must divorce pheadra well that was done already and he must pay child support.hope. You have a good job cause I think your making the worst decision.i know he is gorgeous but if it didn’t work with a lawyer that got him out of his charges why would you think you can change him.please he is going to do the same thing he was doing to his ex wife Phaedra. While your working he is going to cheat and scamming people for money but a you a jail man is gonna be jail man.the only thing is that he might have another person to get scam into life of crime girl keep your cookie safe and stay away from that he is talking to like sharee man did to her when they didn’t give him early released

They just trying to get a reality show. As soon as Apollo come up with another scam and meet a new **** *****; Her And Will Be Replaced Also. The Gorgeous Intelligent Successful Rich Phadrea Parks Is SOOOOOOO UNBOTHERED… REAL TALK 100%