Penelope Disick Tries To Teach Kris Jenner, Khloe Kardashian, And True Thompson How To Do A Cartwheel — Watch The Adorable Video 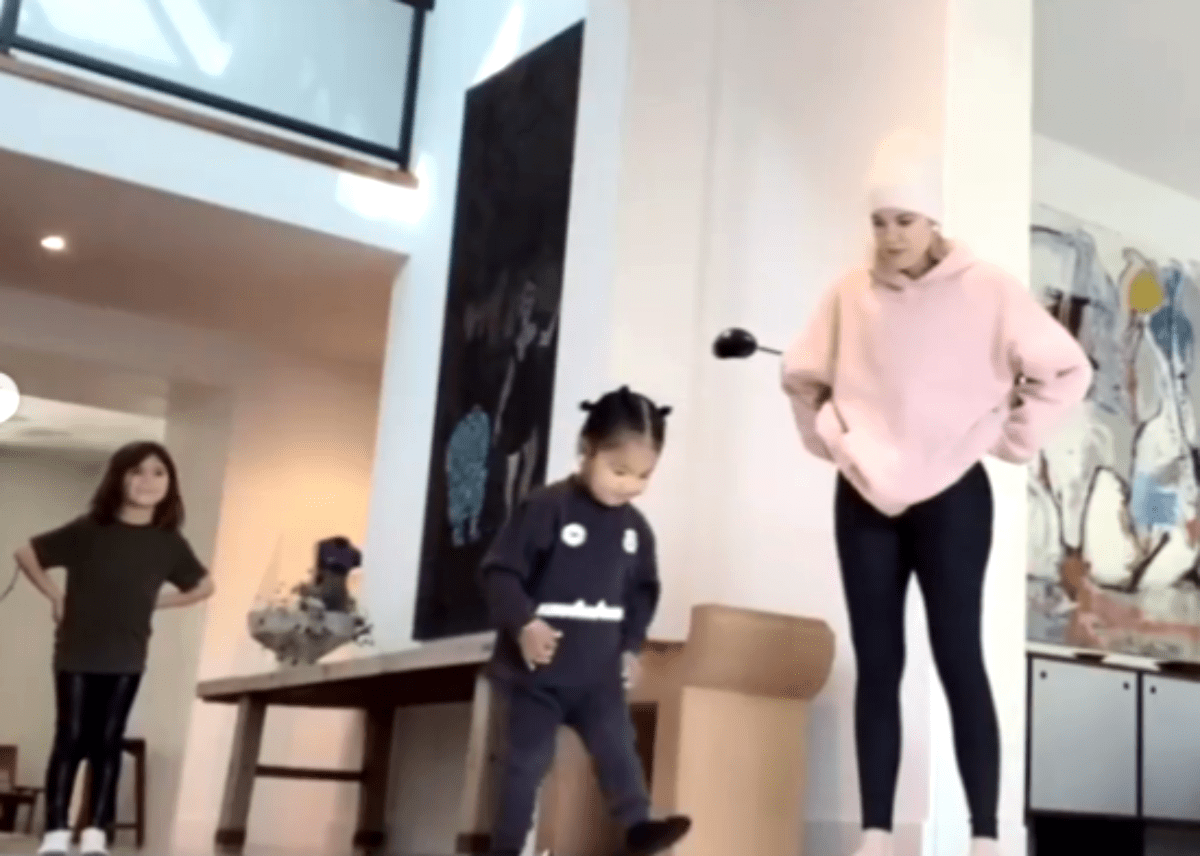 It’s the new year and Khloe Kardashian is kicking it off in a healthy manner. After sharing some inspirational workout posts on her Instagram account, she shared several photos of her daughter True Thompson. The little girl celebrates her second birthday on April 17, 2018, but apparently, it is never too early to teach your children gymnastics in the Kardashian/Jenner household. Penelope Disick was photographed spending some quality time with her younger cousin, and then Khloe and Kris were spotted getting a lesson in cartwheels from the youngster.

In a photo slideshow that Khloe posted with her 102.9 million Instagram followers, you may see True Thompson as she stands outside and poses near a large, wooden flower-pot. The next photo features True Thompson seated at a kitchen table with a bowl of fruit. True has her head turned and it appears she may be looking at someone behind the camera’s angle. In the next photo, True and Penelope are enjoying a snack and the cousins look like they are happy to be spending time together.

The fourth photo shows the back of True’s head as she continues to enjoy her snack. After the fourth and final photo, the video is played. You may see the caption Khloe Kardashian shared with the photos and video below.

Penelope looked adorable as she completed her cartwheel and then patiently took the time to try and teach Khloe how to do one. Khloe was a good sport and attempted a cartwheel but was unable to lift her legs high enough. Next up was Kris Jenner. Kris is one cool Grandma who loves to truly interact with her grandchildren. Kris followed Penelope’s instructions and did her best but like Khloe, she was unable to complete a cartwheel.

The cutest part of the video occurred when it was True Thompson’s turn for her cartwheel lesson. Penelope was patiently waiting for True to take her turn when True had other plans in mind. Everyone was waiting for True who decided she had better things to do. True didn’t even attempt to do a cartwheel but just ran off.

What do you think of the new photos and video?

Dog The Bounty Hunter Defends His Female Friend After Daughter Lyssa Drags Her For Trying To Date Him Months After Beth Chapman's Passing!