The Jackson family has become increasingly nervous over the past days for a simple, yet slightly paranoid reason. Following an Instagram post which showed Paris Jackson walking along a skyscraper’s ledge, sources close to the iconic Jackson tribe worry that media publications will compare Michael’s infamous “baby-hanging incident” to Paris’ walk on the tall building.

And of course, by “baby-hanging,” we’re referring to the notorious moment when Michael hung a baby over a ledge while in an apartment building in Germany.

In a report from Page Six, one person in the family compared that to the incident where Michael dangled his infant son over a fourth-floor balcony sixteen years ago.

The relative explained that Paris’ walking along the ledge is actually worse because there is nothing holding her back from falling. The person added, “she’s lost it, she really has.”

earth day is in 4 days!! are you counting down?? h&m is. they’re making an effort with their new collection made from sustainable and recyclable materials. they out here savin’ turtles n sheee ??? #itslit #HMConsciousExclusive @Hm #ad

In a video which has since been deleted, the 20-year-old model and heir to the Jackson empire was enjoying Cara Delevingne’s company at a restaurant, before it cut to the model walking on a ledge alongside a dozen-story building.

In the video, Paris lost her balance and proclaimed, “I almost died!” According to the family member, nobody wants to show the video to Katherine or Joe because it looks like Paris is having a “serious meltdown.”

The source explained, “it wouldn’t be a bad idea for someone to intervene, but obviously, we won’t see that happen.” And while his concern might be legitimate, perhaps Paris is just having fun with her friends.

Only an opportunistic and possibly even malevolent person would compare her joking around with friends to Michael’s disastrous incident involving Blanket sixteen years ago. It seems like this anonymous family member is just using this as an excuse to speak with tabloids. 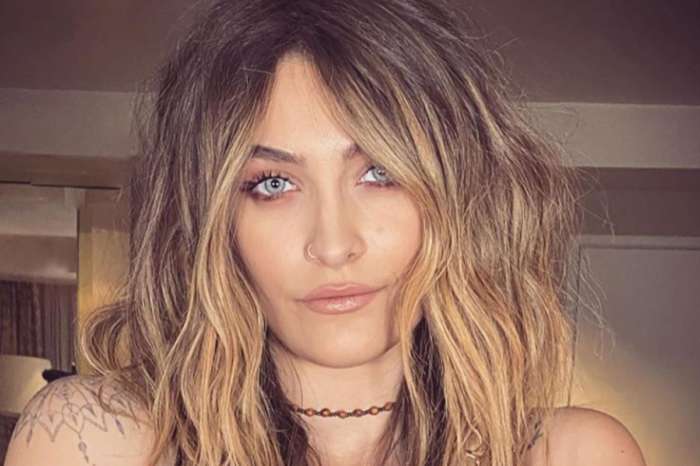