Paris Jackson Is The New Face Of Calvin Klein!

It isn’t even a question anymore! Paris Jackson couldn’t be having a better year. The daughter of late singer Michael Jackson and Debbie Rowe made her red carpet debut this January and signed with IMG Models In March.

If that doesn’t impress you enough, the 19-year-old allegedly signed a contract with infamous designer Calvin Klein.

A source revealed to the website, “this deal is to make Paris the new face and body of Calvin Klein. The deal – which is just about to be signed – is huge, worth seven figures, many millions. Expect to see Paris in huge ad campaigns and on many red carpets in Calvin Klein.”

On Monday, Paris was rocking a Calvin Klein dress at her first Met Gala event as the guest of the fashion juggernaut with designer Raf Simons.

She wore a black dress with a cutout. Her assistant and stylist Karla Welch told PeopleStyle “it was a very different and modern look for Paris. This is a Raf look all the way.”

Paris has been all over the news lately. She has been spotted hanging out with Francis Bean Cobain, Kendall and Kylie Jenner, Bella and Gigi Hadid, and other famous Calvin Klein models.

Jackson was even seen hanging out with the star of Stranger Things Bobby Brown, who introduced the brand’s new made-to-measure service, by the Calvin Klein subsidiary, By Appointment.

When the couple was spotted hanging out in LA, she was seen wearing dark jeans, a navy cardigan, and a bra with the Calvin Klein logo plastered on the bottom of the elastic band.

We’ll be seeing more of Paris Jackson in the future, that is certain! 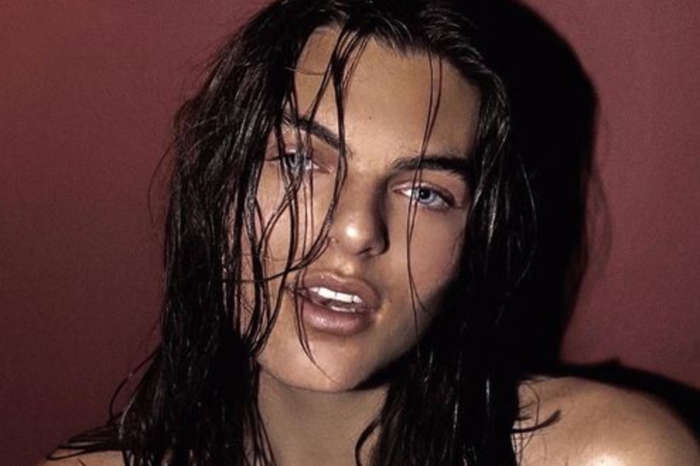