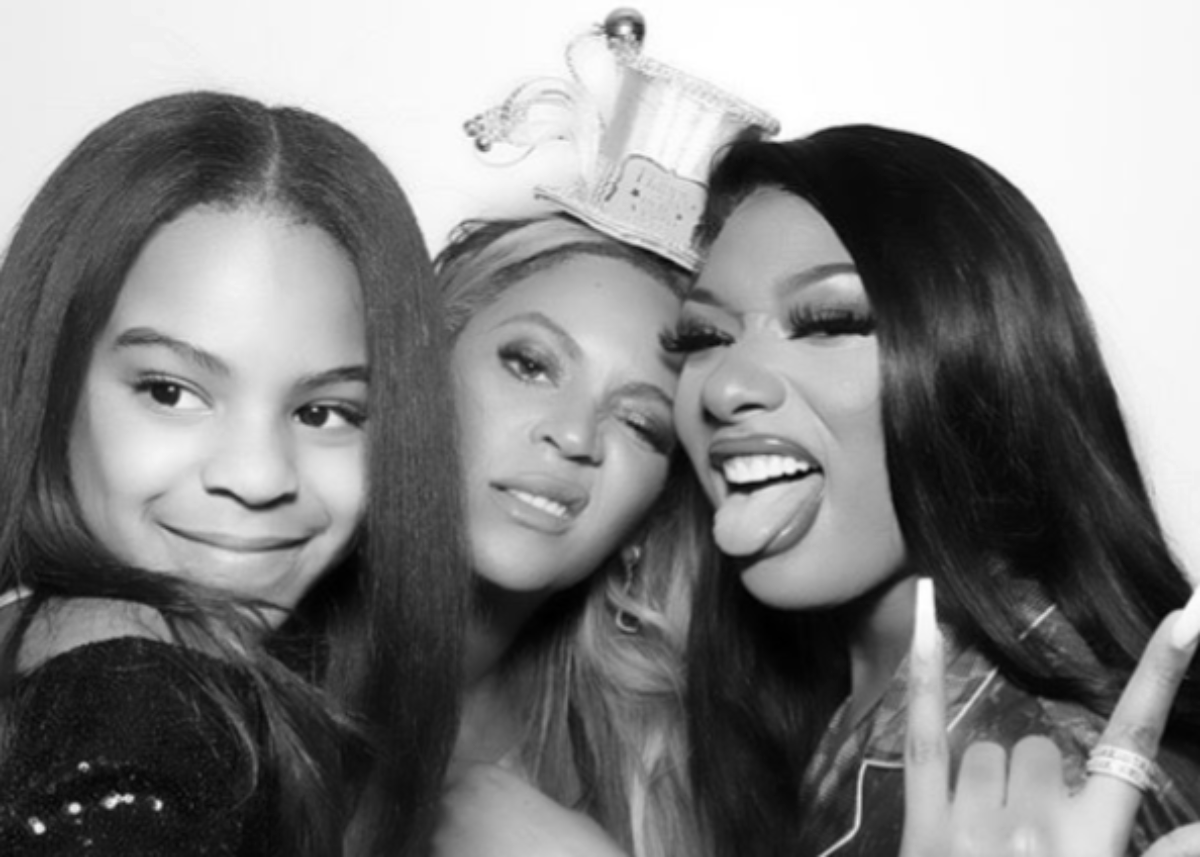 It is never okay to criticize a child’s looks and now two fashion journalists are facing public outrage after blasting seven-year-old Blue Ivy Carter. Born to Beyonce and Jay-Z, the two journalists referred to Blue Ivy as not being beautiful due to having J-Z’s genes and the public is not having it. Not only was it cruel to subject Blue Ivy to public ridicule and bullying for her looks, but her birthday is also on January 7, 2020. To think this young girl is undergoing nationwide scrutiny over her appearance days before her birthday is simply heartbreaking. At this point, there is no word as to whether Blue Ivy is aware of the public bashing or if her parents were able to shield her from it.

As many editors, bloggers, and journalists do, Vanity Fair film critic K. Austin Collins saw the photo and weighed in. Unfortunately, Collins didn’t have kind words and blasted little Blue Ivy for her appearance. He deleted his tweets after pandemonium erupted on Twitter.

K. Austin Collins wrote, “I have the feeling the jay z face genes are about to really hit Blue Ivy and I feel so sorry for her.”

Not to be outdone, Harper Bazaar’s web editor Violet Lucca chimed in, “They haven’t already?”

K Austin Collins continued, “you’re right. But she’s lucky — if it happens now she’ll definitely grow out of it. Get the ugly duckling phase done early.”

Though the tweet was deleted, plenty of screenshots were taken and those continue to be shared across social media where they are sparking outrage.

You may see the tweets that caused the public furor below.

Grotesque. Shame on them both.

I'm particularly disappointed in K Austin Collins; as a brother, one would think he *should* know better. https://t.co/SMCugJmVF2

Though the two have deleted tweets and apologized, people are still outraged and are calling for them to lose their jobs.

Ironically, Beyonce had previously uploaded side-by-side comparison photos of both herself and Blue Ivy where she remarked about how similar the mother and daughter were.

Someone made this comparison of me at age 7 and Blue at age 7. My baby is growing up. 🥰

What do you think of the backlash and controversy?

Do you agree with those who think that K Austin Collins and Violet Lucca should be fired? Do you think it is right for adults to criticize the appearance of a seven-year-old child? What do you think Beyonce and J-Z should do about the situation?