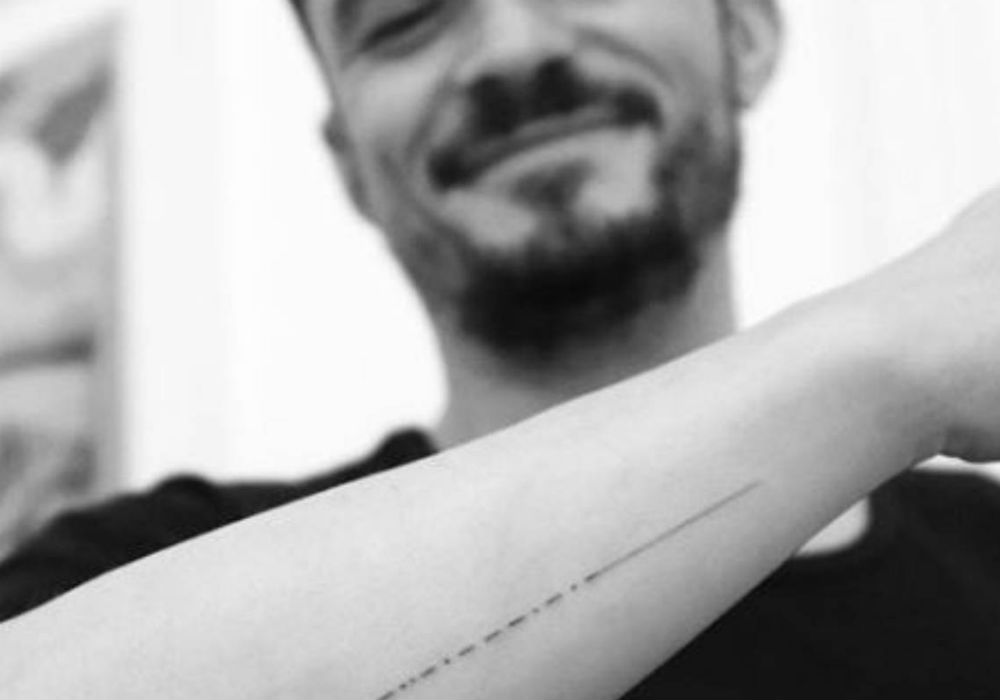 Last week, Orlando Bloom showed off his new tattoo on Instagram that featured his 9-year-old son Flynn’s name spelled out in Morse Code, but fans quickly pointed out that the name was spelled wrong. Now, Bloom has revealed in a new post that he’s fixed the mistake, and he also included a pic of a second tattoo that is a tribute to his late dog, Sidi.

“Finally dot it right!” joked Bloom in the caption of a pic that featured the new ink on his arm. “How do you make a mistake like that? #pinterestfail (read the small print) 😂 fortunately I know how to spell Sidi. Forever my boy ❤️.”

In the slide show, Bloom also included the alphabet in morse code so fans could see each letter’s translation to prove his tattoo was now exactly how it should be. His tattoo artist, Balazs Bercsenyi, also posted the pic on his Instagram page, and he wrote in the caption “Round 2.”

Bercsenyi explained that he added the missing dot to the morse code, and then he added a small design on Bloom’s forearm in memory of Sidi. He also revealed that this situation has taught him to “never fully trust what your clients find on Pinterest.” He concluded his post by writing that life was officially back to normal.

When Bloom first showed off the tattoo, it was missing one dot that changed the spelling from “Flynn” to “Frynn.” The minimalist design also featured Flynn’s time and date of birth.

“If the Morse code is supposed to spell out Flynn then there is a mistake,” one fan wrote, with another adding, “I’m sorry but that tattoo most definitely says ‘Frynn.’”

More fans started commenting with the same information about the Morse Code mistake, and Bercsenyi quickly acknowledged the error. He wrote on Instagram that the design was a beautiful reminder of Bloom’s son, they realized a dot was missing, and that would be fixed.

Orlando Bloom shares Flynn with his ex-wife Miranda Kerr. They were married from 2010 to 2013, and she is now married to Snap Inc. CEO Evan Spiegel. Bloom is engaged to Katy Perry and they are reportedly planning a spring 2020 wedding.