Omarosa is on a roll! The former White House aide keeps on slamming Donald Trump’s administration while she still has the perfect platform to do it – Celebrity Big Brother. Most recently, she shared her opinions on Vice President Mike Pence and let’s just say she isn’t a fan.

On today’s episode, Omarosa told her housemates that impeaching Donald Trump may not be a great idea after all!

Apparently, Pence would be a ‘scary’ alternative.

‘Can I just say this? As bad as you all may think Trump is, you’d be worried about Pence. So everybody who’s wishing for impeachment might want to reconsider their life. We’d be begging for days of Trump back if Pence became president,’ Omarosa stated.

She then went on to detail her opinion more, by saying that ‘He is extreme. I am Christian. I love Jesus but he thinks Jesus tells him to say things and I am like ‘Jesus did not say that.’ Scary.’

As you may already know, Omarosa was the Director of Communications for the Office of Public Liaison at the White House for no less than a year which means that she worked by the side of both Trump and Pence.

She knows what she’s talking about, people!

That is if she is a hundred percent truthful and transparent and she isn’t just exaggerating stuff to create drama.

Omarosa also opened up about U.S. Immigration and Customs Enforcement on the show, aside from her diss of Mike Pence.

She revealed that ‘I have seen that plan. It is getting more aggressive.’

Previously, her co-star on Celebrity Big Brother Marissa Jaret Winokur wondered if America would be Okay and Omarosa made it very clear that from her point of view ‘No, we are not Okay!’ 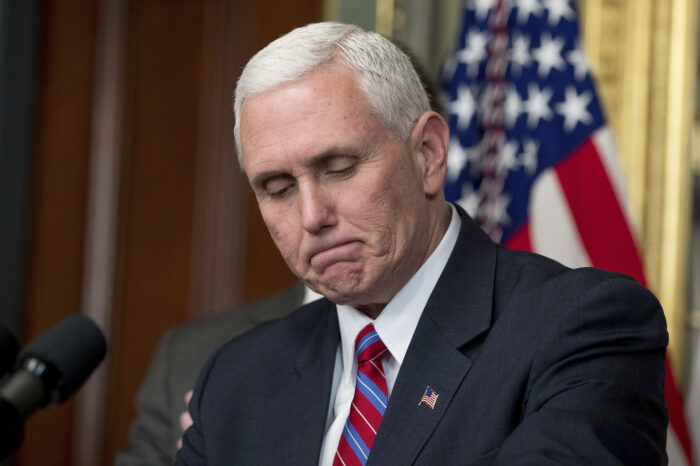