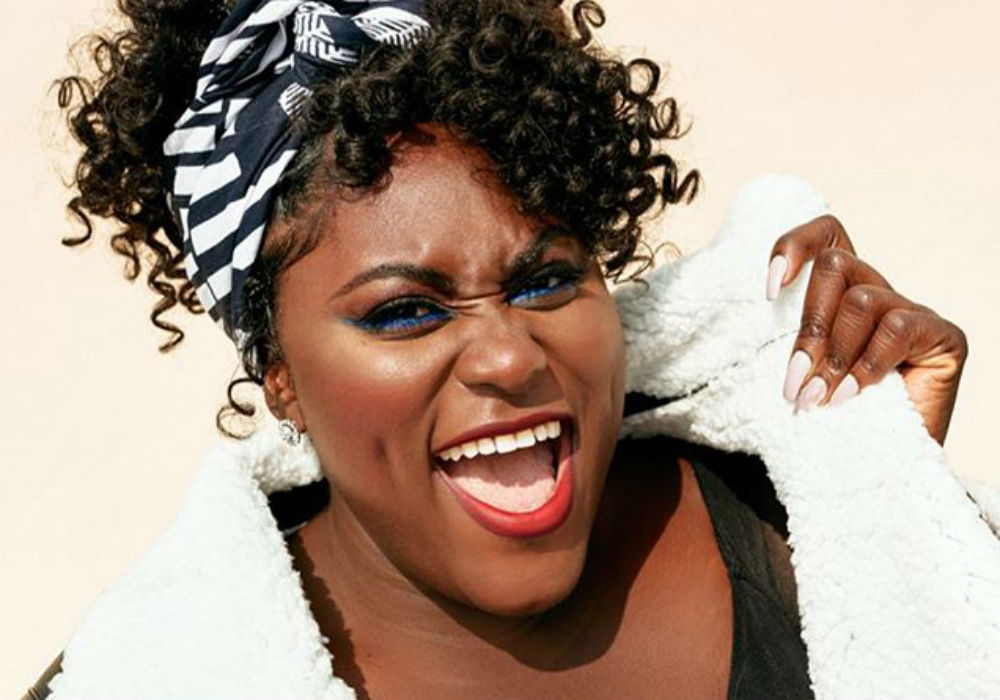 We fell in love with her on Orange Is The New Black when she played Tasha “Taystee” Jefferson for seven seasons, and now Danielle Brooks is back with her new Netflix family series A Little Bit Pregnant. Brooks – who revealed in July that she was pregnant with her first child – announced the four-part series in a new video while showing off her growing baby bump.

“This is all you need to know: Netflix Family YouTube series A Little Bit Pregnant,” Brooks says while lifting up her shirt to show off her belly. “Actually, I’m a lotta bit pregnant.”

Brooks says that she is excited for the new series where she will be talking to experienced moms, doulas, midwives, and healthcare experts to get answers and the scoop on all things pregnancy and beyond. She will get answers to all of the burning questions from parents-to-be like “How do you know when you’re in labor?” and “What’s the deal with doulas?” But, the first order of business will be her baby shower.

At the party, Brooks is dressed in white and she sits on a golden throne next to her baby daddy while a group of dancers perform for them. The guests are clearly having a good time, especially when the dancers blast cannons that release pink confetti, revealing that Brooks is expecting a baby girl.

According to People Magazine, the series will also tackle some common pregnancy misconceptions and myths, like dietary restrictions for pregnant moms and the postpartum experience. There will also be a special episode that focuses on advice for dads.

“We’re gonna answer all of your questions about all of that baby s—. Literally,” Brooks jokes in the video clip.

So elated to finally share this news with you all. I’m happily pregnant! @Clearblue #ClearblueConfirmed #clearbluepartner

The 30-year-old actress announced her pregnancy this summer at the 20-week mark (around the same time the seventh and final season of OITNB premiered) with a pic on Instagram that featured her holding up a Clearblue Digital pregnancy test. She wrote on her Instagram Story that when one chapter ends, another begins.

A Little Bit Pregnant will feature eight to ten-minute episodes that will air on Netflix’s main YouTube channel and all of the Netflix Family social media channels. The first episode will premiere in November.