The actor has a new look and fans are all shook! Noah Centineo took to social media to share a pic of himself in which he rocked a buzz cut!

As you may know, his longer, wavy hair is pretty much his signature look so the shaved head was definitely a surprise.

It was last night that he shared the snap on his IG stories, writing alongside it: ‘I'm right here.’

In the image, he was posing with a coffee cup and was smiling brightly. 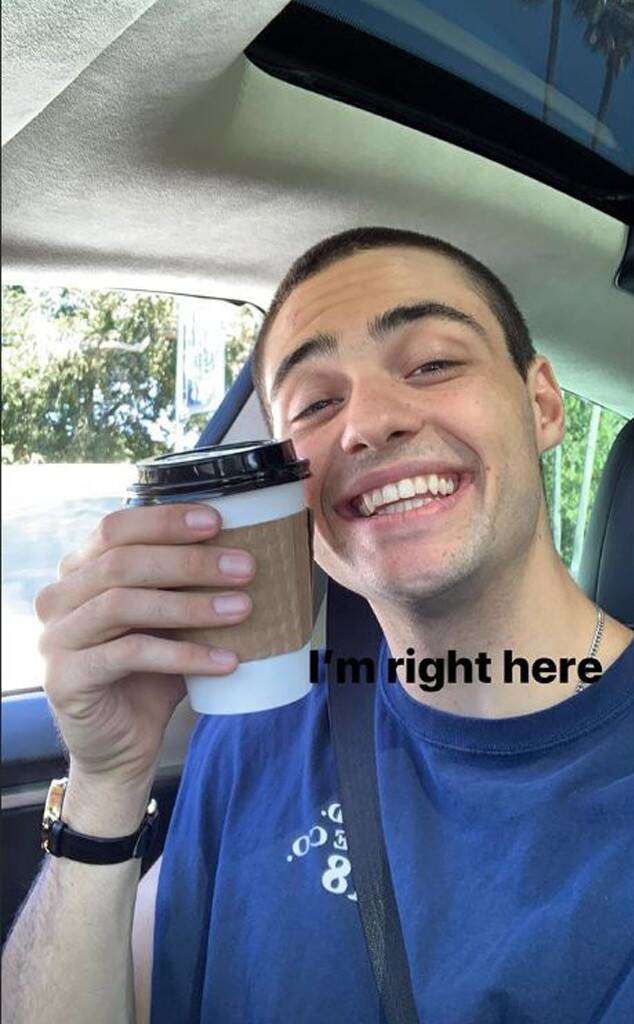 In case the caption confuses you, it turns out that the selfie was in response to Alexis Ren's post asking, ‘Where's maaaahhh babyyyy.’

Later on, he came back to the platform, this time to post a video instead, the short hair once again grabbing everyone’s attention even though it also shows him shirtless and features a cat!

In the said clip, he can be seen without a shirt on before finally panning over to his pet cat that was cutely drinking water from the faucet.

In reaction to the transformation, Noah’s followers were wondering where their favorite internet boyfriend had gone!

Here are a few tweets he got on it: ‘NOAH CENTINEO UPDATE I THINK HE SHAVED HIS HEAD IM.’ / ‘Noah Centineo shaved his head and I dunno how to feel right now.’ / ‘Yoooo he really shaved his head omfg.’ / ‘At least the bleached beard is gone.’

That’s right! You may remember that the 23 year old also shocked everyone when he previously decided to dye his beard a blonde shade!

As for the reason why he got a buzz cut, whether he just wanted to try it out or if it’s for a role, it’s still unclear.