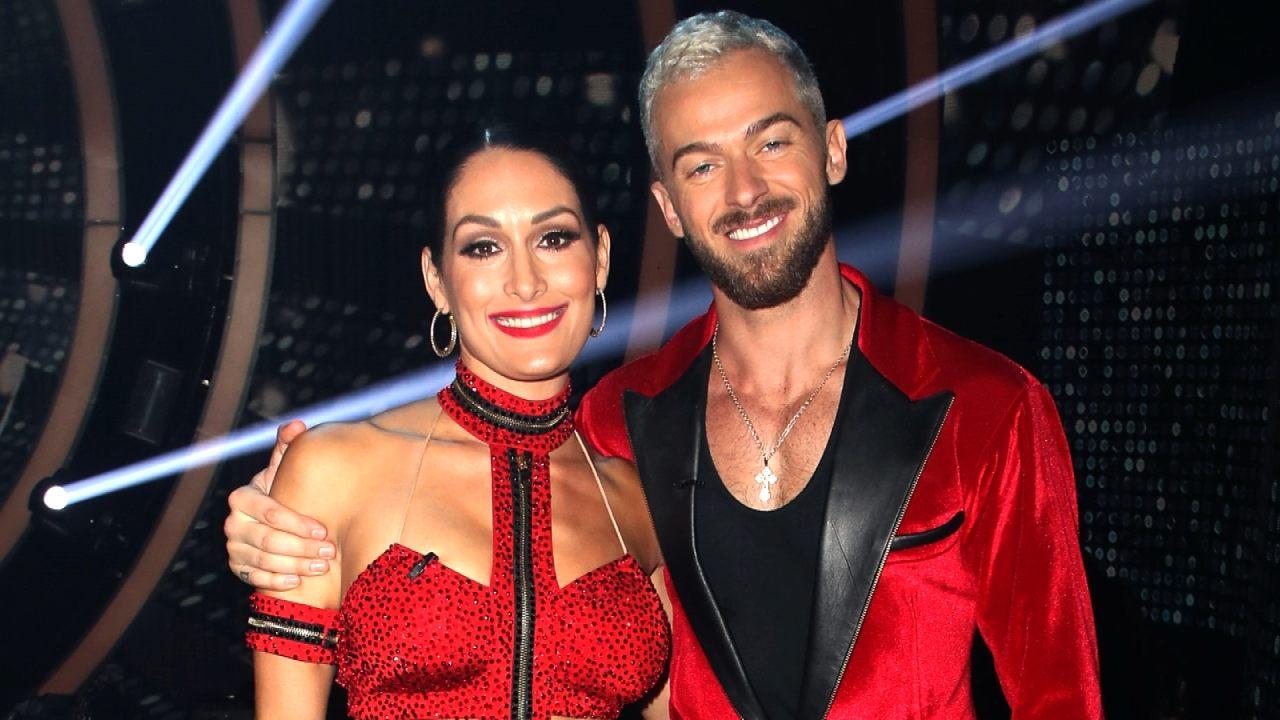 Nikki Bella and Artem Chigvintsev are very happy and in love but that did not stop the retired MMA fighter from teasing her man about his past dating life. That being said, when the pair helped co-host Entertainment Tonight yesterday, Nikki took this opportunity to shade her man for his romance with Carrie Ann Inaba.

It was all in good fun, of course! As they were chatting about their lives, Nikki could not help but tease Artem.

They also discussed their time on Dancing with the Stars, where they met in 2017, as well as their relationship.

When Inaba was brought into discussion, since she is a judge on DWTS, Nikki recalled that he used to date her,

Referring to the new voting system on the dancing competition, Nikki said: ‘I like it. I think we would have lasted longer if we had that option. I think Carrie Ann totally would have saved us. And not because you guys dated… but she really liked my technique!’

Artem got really embarrassed and his face turned red to the point that he picked up a paper and covered his face with it.

‘Speaking of hot seat today, what? C’mon!’ he exclaimed.

The exes’ romance lasted for no less than two and a half years so it was pretty serious.

They met in 2006 on So You Think You Can Dance and broke up in 2009 so it’s been a while but, obviously, Nikki has not forgotten.

Artem also opened up about not being on season 28 of DWTS.

‘I feel like I’m better now. The best way to describe [the feeling] is, having this relationship for 10 years that you’ve completely invested in, and all of a sudden, it’s just like it’s not there anymore. So, it’s tough, but I wish the best of luck to the show,’ he said. 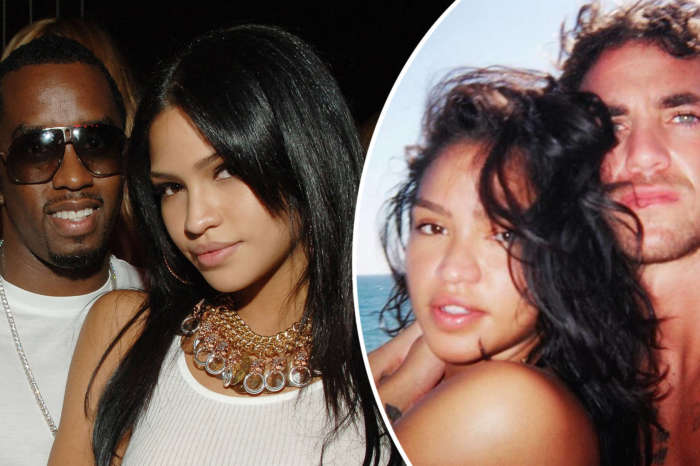