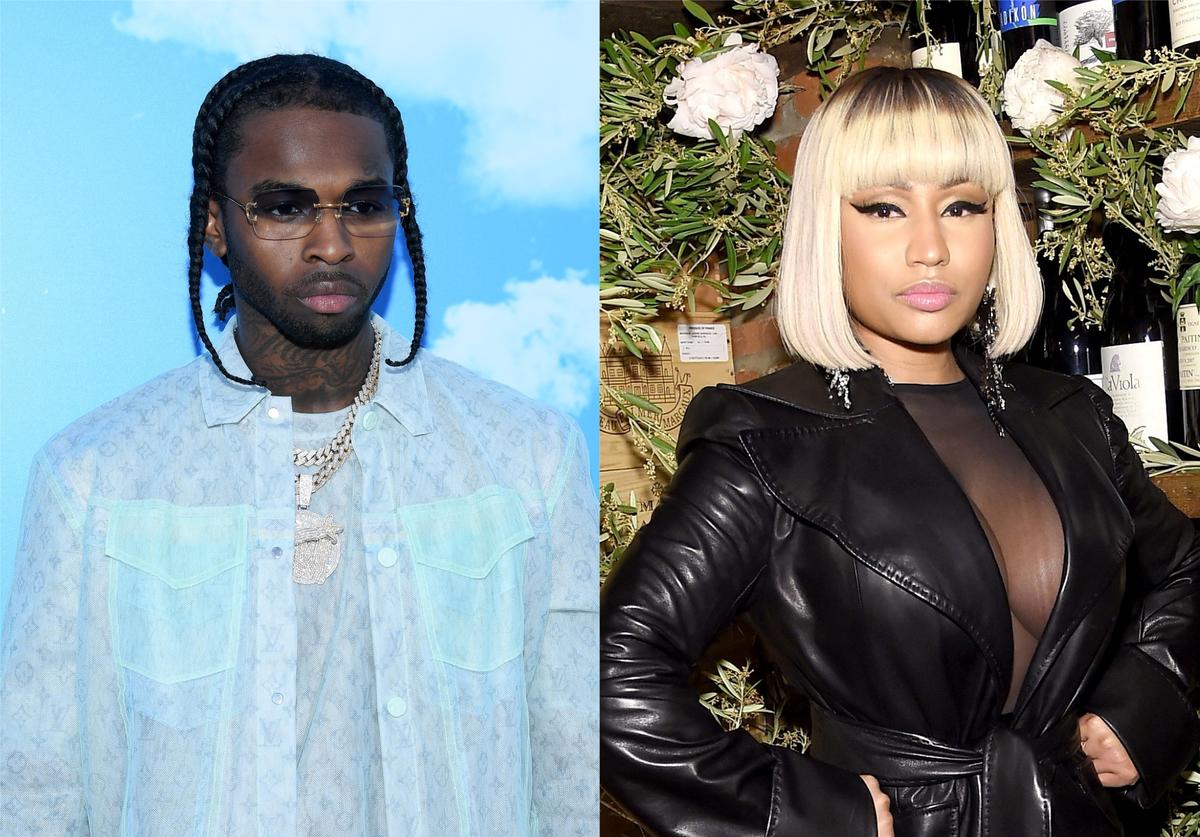 Nicki Minaj took to her social media page of choice, IG, to pay tribute to fellow emcee and collab partner Pop Smoke. As you may know, the young rapper was tragically murdered by masked gunmen who broke into his mansion early this morning.

The two previously collabed one time on the female emcee’s Welcome to the Party remix.

Nicki shared a pic of the rising rap star and wrote alongside it: ‘The Bible tells that jealousy’s as cruel as the grave. Unbelievable. Rest In Peace, Pop.’

According to TMZ, the 20 year old rapper lost his life when two masked gunmen broke into his Hollywood Hills house at around 4:30 A.M. today.

The young rapper was then rushed to the hospital but upon arrival, however, he was declared dead.

Pop’s promising career and his life being cut so short has affected many of his peers, not just Nicki.

As for 50 Cent, he shared a pic that featured him and Pop hugging and being all smiles for the camera.

‘No such thing as success without jealousy, treachery comes from those who are close. R.i.P,’ 50 wrote in the caption.

Chance the Rapper tweeted following the sad news as well: ‘Rest Up Pop Smoke, you were way too young. God comfort and bless your family. What a crazy trajectory you were on man smh 🙏🏾🙏🏾🙏🏾.’

Talib Kweli’s tribute reads: ‘Damn. The future was bright for Pop Smoke. This is tragic. Brooklyn is in mourning right now. #RIPPopSmoke.’

Quavo chose some photos of Pop in the studio with Migos, and wrote: ‘F L Y H I G H W O O 🕊@realpopsmoke Got To Kno This Kid! Very Talented Humble Respectful And Appreciative Always Ask Questions Big Sponge To Knowledge Fast Learning Young Boss And The Huncho Was Here To Share That Anytime You Called Me! R.I.P 🙏🏾💫.’