Nicki Minaj has been thinking about her time with her former beau Meek Mill. It seems that she may now be willing to give the man a second chance. Check out the details and latest reports.

‘Nicki has been thinking about Meek lately and thinking about how she feels he should be out of prison,’ an insider who knows more about this situation told Hollywood Life.

‘She wants to work with him again, and she has also been thinking about him romantically and leading her thoughts to the times they had when they dated a few years ago’ the same insider went on to claim.

‘She thinks that a spark could be brought up again and she would absolutely give him another chance if he were to get out of prison soon. She’d very much consider it and is willing to give him a second chance if that is something he’d be interested in as well,’ the source continued.

THIS IS A MUST READ LINK IN BIO : Thought you knew the @MeekMill nightmare? Think again. It's so much worse than you guessed. Read #FreeMeekMill for the real story in @RollingStone: https://meekmill.co/rsmeekmill #Justice4Meek

Nicki’s hope of reconnecting with Meek comes after he has been sentenced to two to four years in prison for violating his probation.

His prison sentence caused a lot of controversy in the music world and lots of celebrities that are his friends and not only have considered the sentence as being too excessive.

It seems that the sentence may be overturned soon. Some recent reports have stated that the Philly D.A.’s office believes that there is a really ‘strong likelihood’ that Meek’s original gun possession sentence will be overturned.

If Meek gets out and gets back together with Nicki, this will surely be interesting. Nicki was recently said to be pregnant with her ex-beau, Nas, but these rumors were never confirmed. 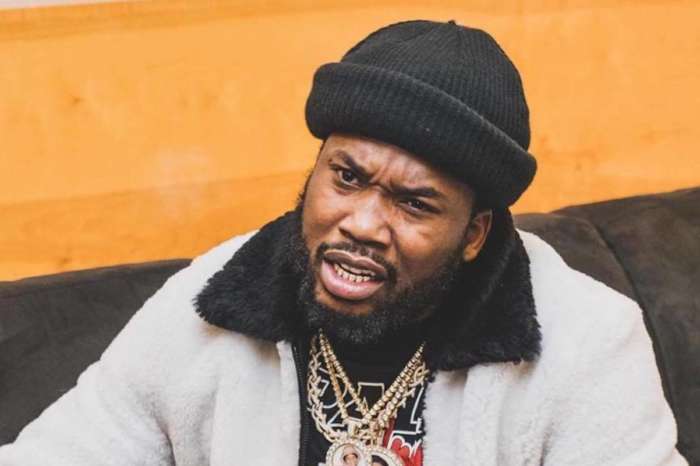 Toya Wright Gushes Over Tiny Harris' Daughter, Zonnique For Her Birthday - Check Out Her Cute Post