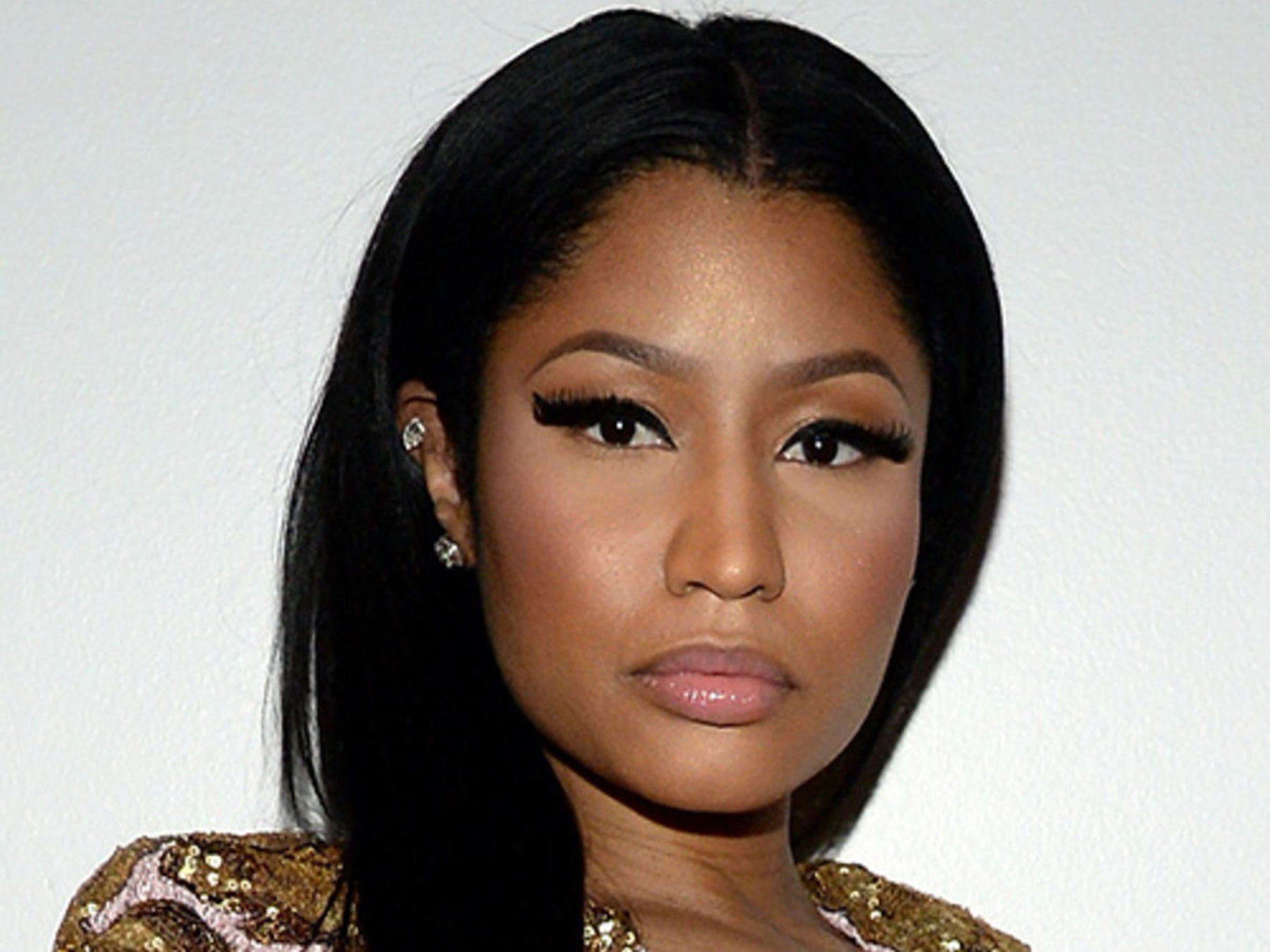 Nicki Minaj is tired of other black women throwing her under the bus, disrespecting her, and attempting to erase her impressive contribution to the rap game.

The retired femcee shared a clip where Rap-Unzel and other artists are answering questions about those who influenced them.

The woman asked: “My question is for the ladies specifically. Who do you look up to in the industry? Unfortunately, you don’t have many examples you can look up to. I wouldn’t say Nicki would be your example. Or you tell me if she’s your example, cause I got a question after that.”

Nicki was not having it, and she clapped back: “Look @ the hate & bitterness on this BLACK woman’s face when someone says they’re influence is the most dominating female rapper of the last decade chile,” begins Nicki, reacting to the woman’s disrespectful question,” she writes, in a heated Instagram PSA. “ALL OF YOU GIRLS DO THIS. SO SAD. Even male artists gotta pretend in interviews now chile. LMFAO. If you’re this weak-minded you won’t last in this game anyway. This is what’s going on behind the scenes @ award shows, radio shows, etc. They gotta say they was influenced by ppl who was rappin b4 they was born chile. Anything but those 10 little letters on a big sign. N I C K I M I N A J.”

Tami Roman stepped up to back Nicki: “Sad that she couldn’t stand on her own feelings & felt the need to go along to get along. Happens more times than not unfortunately. Bottom line, feel comfortable saying Nicki Minaj if that’s who influenced you! After all she is one of the hardest lyricists in the game. Metaphor Queen & wordsmith. Don’t let the pink hair fool you… Y’all act like y’all forgot Nicki from the stoop SMH.”

Nicki has another enemy. She and DJ Akademiks have been at each other’s throats lately, and it does not look like things are going to calm down anytime soon.

B4 my 1st album dropped I had the pleasure of collaborating with the LYRICAL GREATS. Lil Wayne had already been on my mixtapes. I performed this on Jay & Em’s tour along w/Ye @ YANKEE STADIUM. I was so nervous. HAPPY BIRTHDAY MONSTER‼️‼️🎀‼️‼️ gold teeth & fangs- BEEN DID DAT🗣🗣🗣🗣 #ThePinkprint

Quite on the contrary, their beef seems to be ramping up, and the DJ even posted some threatening messages that he had allegedly received from Nicki, who was threatening both him and his entire family.

Some of the messages even hinted at physical violence, with claims that nobody would be able to protect Akademiks if Nicki decided to break his jaw.

She added that she knew “too much about his family” and went on a tirade making various other threats.

The DJ has taken the opportunity to half-joke about the situation in a recent interview, claiming that if anything happened to him, “Nicki did it.”

He added that some of the messages he had received did not even seem to make sense, as the rapper was just hurling random insults in his direction and hoping that something would stick.

Look @ the hate & bitterness on this BLACK woman’s face when someone says their influence is the most dominating female rapper of the last decade chile 😩😂 ALL OF YOU GIRLS DO THIS. SO SAD. Even male artists gotta pretend in interviews now chile. LMFAO. If you’re this weak minded you won’t last in this game anyway. This is what’s going on behind the scenes @ award shows, radio shows, etc. They gotta say they was influenced by ppl who was rappin b4 they was born chile. Anything but those 10 little letters on a big sign. N I C K I M I N A J

In one of the more extreme examples, Nicki even accused him of being gay and having an active interest in Tekashi 6ix9ine.

This came after Nicki had apparently spotted DJ Akademiks, giving the rapper some strange looks in a recording studio.

At this point, it looks like DJ Akademiks is more stunned by the energy with which Nicki has been attacking him, rather than being afraid of her threats or anything along those lines.

Still, some have pointed out that the behavior Nicki has demonstrated could be seen as a bit worrying. 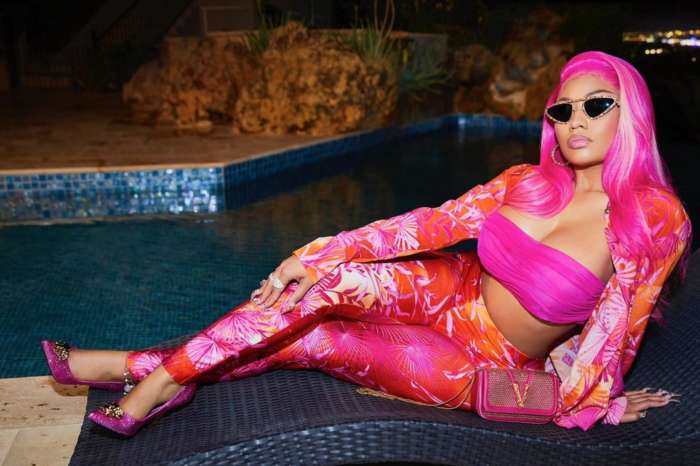 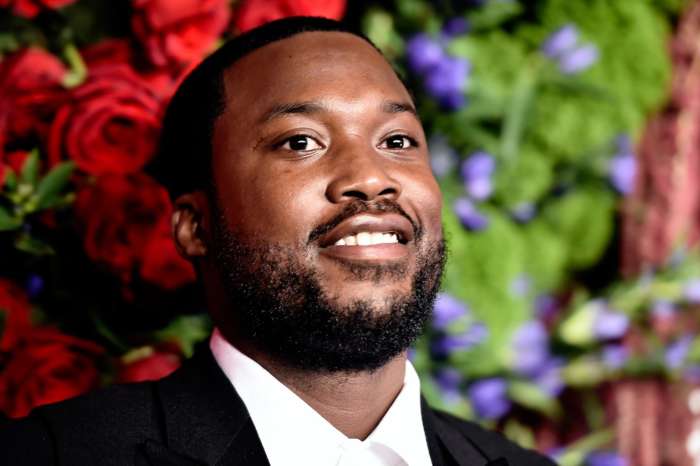 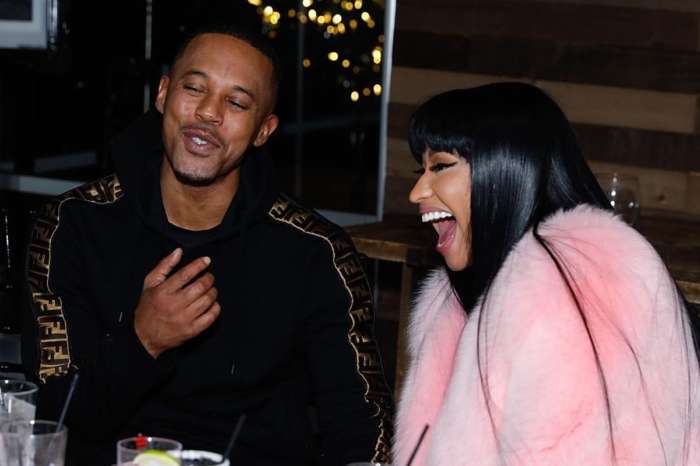 Yeah. Be happy queen you the prettiest the smartest the best out of all off umm.

Agreed, she is human and enjoying her life If you ask me I’m glad she gave someone who’s not a big star a chance and fell in love just think if it was one of u ppl she got with and u regular it would have been the same reaction and noone knows his pocket size but her so it is wat it is I’m happy for her she finally found true love and that’s what life is about She’s found love Dats wats up Enjoy yo life Nicki with love

People need stop hating on Nicki y’all don’t pay her bill’s etc. She just like everybody else it’s some lame people dont have nothing nice to say don’t say anything or comment on nothing she post.