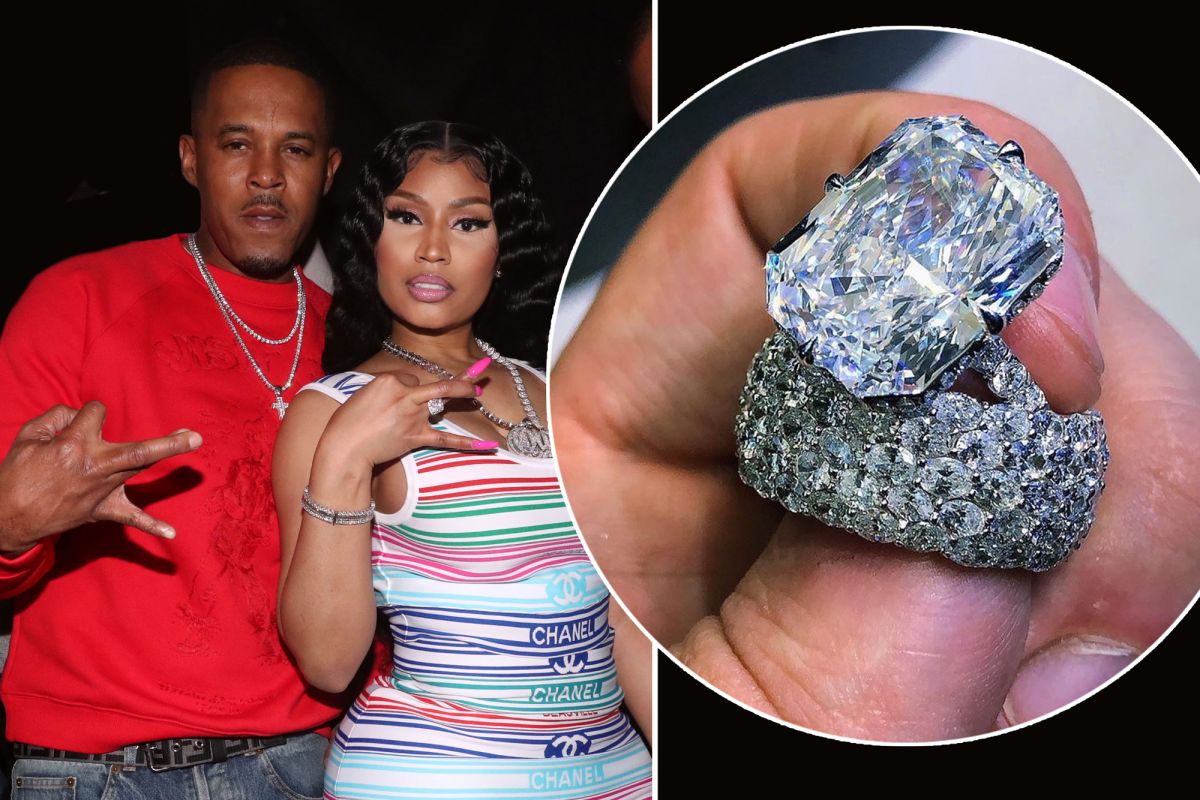 Not too long ago, you may recall that Nicki Minaj was saying on her social media account that she will not have Kenneth Petty’s kids until the man gives her a rock. Well, it seems that the rapper can start baking some buns in the oven because the rock is where it should be: on her finger!

The newlyweds channeled Chucky (Charles Lee Ray) and the Bride of Chucky (Tiffany Valentine-Ray), and they also made sure to address the rumors that Nicki paid for these massive iced rings.

See the funny video below in which Kenny tells his wife that she’s an American citizen now.

A lot of haters rushed in the comments to say that he did not buy all this bling, and Nicki bought the wedding rings herself.

Someone said: ‘So, in other words, she paid him in p*ssy for citizenship & now he’ll have full access to her fortune.. Queen why u hustling backwards I’ll never understand ugh😩’

A follower posted this: ‘She sure did buy that someone please explain how can he afford it. I’ll wait.’

One fan defended the couple and said: ‘Why y’all keep saying her man broke??? He def doesn’t have her money, but he’s not broke. Y’all so miserable, and even if she bought her ring, how does that affect you??? 🙄’

Somoene else wrote: ‘They’re funny and growing on me. I mean, she gonna be with him regardless. Being as though Nicki is my unofficial cousin, I might as well try to like him, yk for the family.’

A commenter posted: ‘Why can’t she just be happy with a normal guy? The hate is too much🙄 #istanwithnicki.’

Anyway, regardless of who bought the rings, congratulations, Nicki and Kenny!

Gucci Mane Wears A Traditional Dress While On Vacation In New Video -- His Wife, Keyshia Ka’oir, Had The Best Reaction