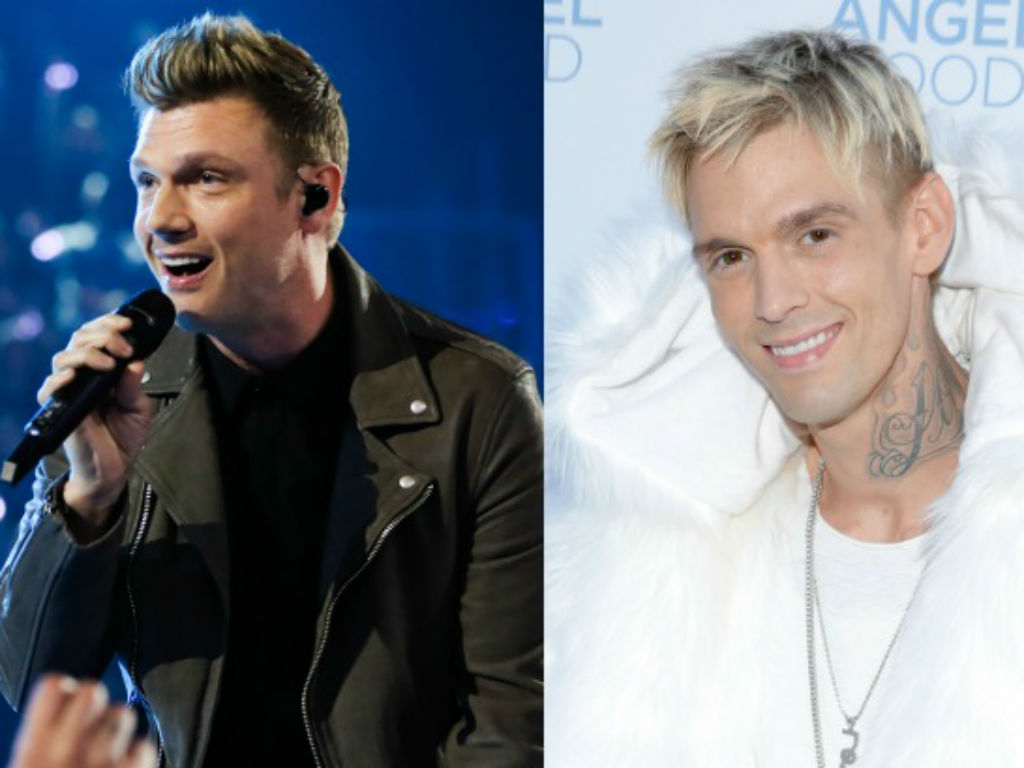 The two brothers have had a week full of restraining orders and Twitter feuds. Nick obtained a protective order on Tuesday after Aaron allegedly threatened to kill Nick’s wife and unborn child.

Aaron used Twitter to blast his family, including his sister Angel. He claims all they want to do is spread lies and have him committed to a mental health facility.

Us Weekly is now reporting Nick had to beef up his security thanks to ongoing threats from Aaron.

“Nick has beefed up security. There is definite concern for Lauren, Nick’s pregnant wife, and this situation has been very stressful for her. She’s very close to her due date, but because of what happened previously with her pregnancies and the stress, they just want the baby to get here safely, and there is concern that because of the stress she will go into early labor,” an insider shared with the magazine.

Although Aaron’s latest Instagram live was not explicitly directed at Nick, the younger Carter did express he wanted to kill everyone.

The concern over the singer having guns caused blogger Perez Hilton to Tweet out to the Los Angeles Police Department to take Aaron’s guns away.

“I am truly now afraid for my family’s security. #Assist,” Nick wrote on Perez’s post.

Aaron Carter should not be in possession of any guns!!

It has to be illegal to make verbal threats of gun violence, right????@LancasterPolice https://t.co/NQgNRMobVB

As of yet, the LAPD has not gotten involved. Earlier this week Aaron did surrender two of his guns, but he clearly still has some laying around his house. The singer was set to perform in Mississippi on Saturday night.

Nick Carter has grown so worried about Aaron Carter’s behavior he has upped security for his family. It is a pretty scary situation that has their fans pitted against each other.

Social media is full of fans bashing Nick for his treatment of Aaron and others slamming Aaron for not letting Nick help him. It is not really about taking sides, though, it about making getting help and making sure no one gets hurt.