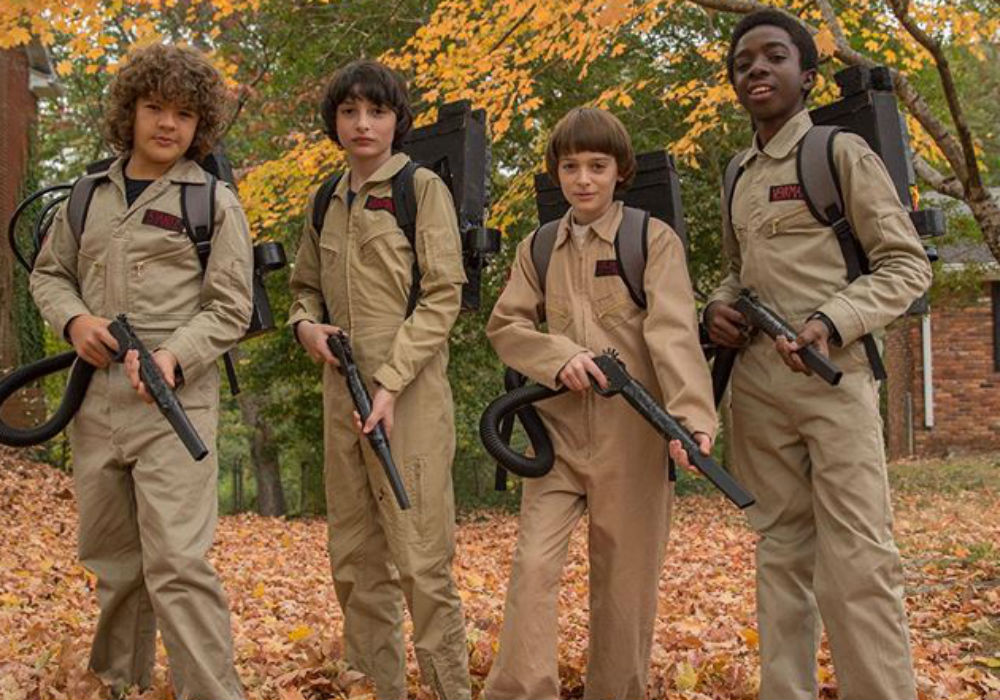 After Season 3 of Stranger Things broke Netflix viewing records with more than 40 million viewings in less than one week after its July 4th release, the streaming service has announced that it has renewed the Sci-Fi nostalgia series for a fourth season.

The show broke the news on its Instagram account with a short, creepy clip that featured the show’s logo with the number “4” appearing behind it. Then, the logo starts to rot as it sits in the Upside Down and the famous theme song plays. At the end of the clip, the words “We’re not in Hawkins anymore,” appear on screen, giving a subtle nod to The Wizard of Oz.

we’re not in hawkins anymore

In the first four hours after the clip appeared on Instagram, it received more than 2.5 million likes, making it clear that fans are ready to find out what happened to Eleven (Millie Bobby Brown), Jonathan (Charlie Heaton), and Joyce (Winona Ryder) after they left Hawkins, Indiana at the end of Season 3.

The new season will also give fans the chance to find out what happened to Chief Hopper (David Harbour) after he disappeared in the blast at Starcourt Mall. In a post-credits scene that took place in Kamchatka, Russia, it looked like Hopper might be alive as the guards feed a man to a Demogorgon, but it’s “not the American.”

When asked about Hopper’s fate, Harbour told Entertainment Tonight that he had “no idea,” but he hoped that his character survived. “It seems pretty crazy, though!” said Harbour.

“That machine went off and blew up and Hopper seemed to be trapped there,” he added. “He did glance around a little bit, but he seemed to be trapped and the machine exploded. And then you cut to… some town in Russia, right? Where there’s some American and some prisoner. I don’t know, I mean, it seems strange.”

Noah Schnapp (Will) said that the ending to Season 3 was so sad it made him cry. However, he feels like Hopper will be coming back, and he doesn’t think “he’s gone forever.” Finn Wolfhard (Mike Wheeler) says that he’s always wondering how the show’s creators – the Duffer Brothers – are going to get the characters out of the messy cliffhangers they leave each season, but they manage to do it every time.