Nene Leakes Threatens To Leave ‘The Real Housewives Of Atlanta’ After Major Fight With Other Ladies, Claim New Spoilers

Nene Leakes threatened to leave, and a major fight broke out between co-stars – these are some of “The Real Housewives of Atlanta” Season 10 spoilers that have already surfaced online.

If you are a fan of “RHOA,” grab the popcorn because the forthcoming season is going to be wild. Last week, almost all of the “RHOA” ladies got together at a fancy restaurant in Atlanta, Georgia for a nice dinner.

Kandi Burruss was not present because she is currently on tour with her Xscape group. According to several people, who were on the set, things went crazy very fast.

Sources claimed a nasty screaming match took place between Lamarra George and Shamea Morton during filming. The spies said, Morton and George “got into it and after they got in each other’s faces.”

The exchange was so heated that Goerge threw a glass of wine at Morton’s face.

The eyewitnesses told a well-known publication: “Shamea then tried to defend herself but was escorted out before any serious physical altercation could ensue.”

Leakes, Cynthia Bailey, and Sheree Whitfield, who are close to George tried to defend her, and things went wild again.

According to the insiders, Leakes was so angry by what occurred; she said she would exit the show.

The tipsters claimed: “NeNe even went as far to say that if they wanted her to stay on the show, they would have to get rid of Shamea.”

The former “Glee” star was paid over $2 million to return to the show, so do not expect her to exit anytime soon.

Leakes was probably adding to the drama to get Bravo the ratings they paid for. Porsha Williams and Kenya Moore were at the disastrous gathering, and their reactions to the brawl were somewhat fascinating.

The sources shared: “Kenya did not get involved in the drama at all and basically ran away to call her husband as soon as things got crazy. Porsha… walked away as well.”

Eva Marcille was present at the soirée and Kim Zolciak-Biermann was not. Burruss recently said the new season was going to be the most scandalous one yet.

She confessed: “It was a lot of drama last season, so I kind of prepared myself now that I am coming into this season, season 10, it is gonna be even crazier.It is a lot of different things going on, not just with me, but some of our past castmates are coming back, and we are gonna see how that goes. We just started taping this past week. I have not even seen everybody yet.”

What are your thoughts on the new cast? Are you surprised the ladies are already taking part in catfights? 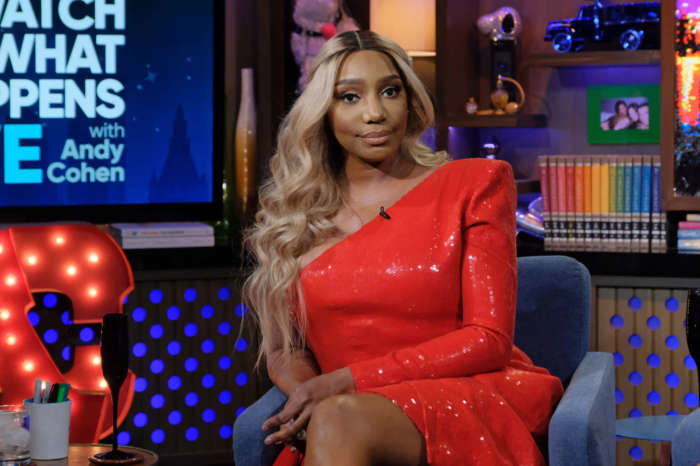 I love NeNe and hope she don’t get pulled into the drama hopefully she stay away from Kenya and Cynthia since they did so much trash talking about her Porsha my girl so, I’m praying she stay away from Kenya, Cynthia and fake and phony Kandi they don’t like her from jump they only want to make her look stupid.
It’s sad how people sell their soul to the devil for a few coins but hey that’s life and it’s how the ladies of the show get their coins.

Drama is what drama does!! Moore running off us itself drama as she propagates HER version often NARROW and selfGLORIFIED to all!! Hell who cares! RHOA takes backseat to CNN drama!!

I can understand the ladies and r trying to change the image of the show and there is going to be conflicts, however, physical fighting from professionals! This is just something I am not interested in seeing. Get it together.

Nene, plz chill…. and let these other fools do them.

Where is phedra Parks. This is reality TV. The cast will do anything to make the show revetting and scandalous whether the story line is based on truth or lies. After all we elected a president despite 200% lies and false claims. BRING BACk PHEDRA.

They need to grow up. They got famous to quit.