NeNe Leakes usually advertises her clothes for the Swagg Boutique, and in the latest pics she shared, she is showing off her really toned legs. This did not go without being appreciated by her fans.

‘Secret Gardens Green Dress! Yes, the secret is the splits? swaggboutiqueonline @swaggboutiqueatl,’ NeNe captioned the post in which she shows us her nice legs from under the dress.

‘I truly think that’s why Kim is so against Nene because she knows the real her and not this fake persona she is living but doesn’t realize Nene doesn’t care, but they keep provoking her. Oh and also that Nene leveled up. Kim wanted to be the only one living large,’ one of her fans posted.

‘Awww yes, NeNe you’ve got another winner! Love the green????hope Gregg is feeling much better! Love you guys?❤️’ another follower wrote.

‘My Queen ? the beautiful woman who is making bi**h kim going insane her and her trashy family kim @kimzolciakbiermann bitch shut up ? leave NeNe alone alcoholism and smoking as destroyed you and your daughter trashy mother raising trashy kids like mother like daughter fake lips ? everything fake your body is silicone from your wigs,’ another commenter wrote, slamming Kim Zolciak.

‘@kimzolciakbiermann fake nose ? fake fake you are an idiot as a mother you’re raising your kids around alcohol ? smokin getting silicon even your kids what can of mother are you…???!! You so stupid and crazy ? bitch you and NeNe are not in the same level because what she have you don’t have is mean NeNe raise her kids with good manners and don’t get involved in big women’s problems,’ one of NeNe’s fans began a lenghty post, slamming Kim as well.

‘You are nobody you don’t respect your on father and mother that’s why 1 day you will your daughter will do the same things you done ✅ to your parents evil a trashy you are not educated and you actually destroy your kids from how you up bringing your kids bitch wate NeNe please we need to hear ? about the truth about they real dad of her daughters sorcières ?‍♀️,’ the upset fan concluded.

What do you think about the RHOA’s neverending feud? 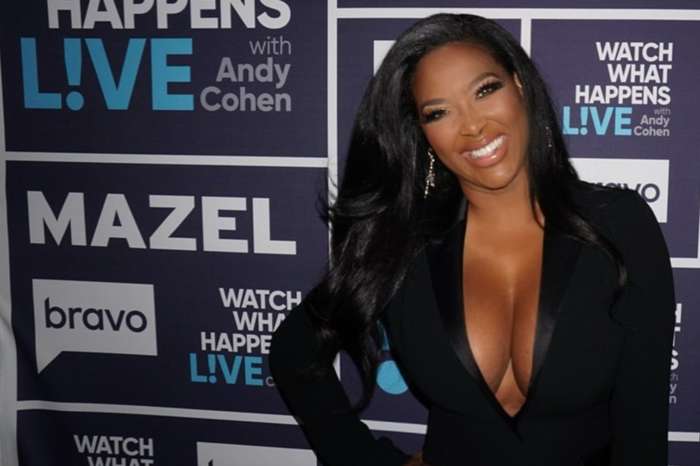