NeNe Leakes is sick and tired of haters, and she has a message for them, You can see it in her latest post that she shared on her Instagram account.

‘Imma start posting like this! People stay having something to say? even when you’re just having fun,’ NeNe captioned her photo that only shows half of her face.

‘Those people are mad mean and miserable keep shining say in the # happy,’ one of her followers said.

‘Who cares nene let them talk keep being the beautiful fun happy you that’s what I always do,’ another fan told her.

Imma start posting like this! People stay having something to say? even when your just having fun

‘If people don’t have ANYTHING nice to say or don’t like it, don’t comment..SCROLL up..??‍♀️’ someone else noted.

‘@neneleakes forget those negative nannies and mannies while they’re typing to you they’re in the mirror looking at their reflection. Keep posting all of you Nene let them salivate,’ another fan advised her.

‘People will talk until you’re dead and in the grave. Even after that, they will still be talking saying absolutely nothing!!’ one of her fans said about haters.

‘That’s how they live, off of you … if you didn’t exist they wouldn’t either. Ying n Yang.. They love the limelight, they need that hustle. #Fame …. Werk Werk Werk Werk Werk Werk (RiRi voice) mmmmmm!’ another person wrote on NeNe’s post.

‘Nene I love you, and I’m a huge fan, but I must be honest, you got to slow down and cut back with all the photoshop or FaceTune on the pics, it doesn’t look good… I’m just looking out for you :/ you don’t need all thag sis ?’ a commenter told her about using filters on the photos.

‘Stop the plastic surgery, why are you trying to look like a white woman? I miss the old face.’ someone else said addressing NeNe’s alleged plastic surgeries. 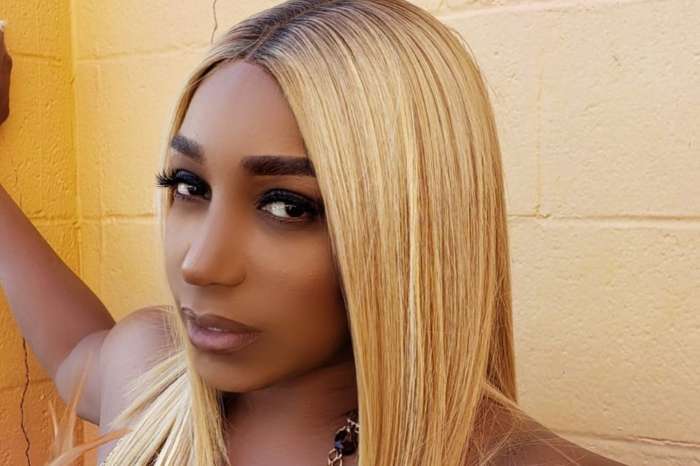 NeNe Leakes Poses In A Fendi Outfit But Fans Accuse Her Of ‘Wearing’ Too Much Photoshop!

'Sex And The City' Turns 20! See The Stars Then And Now

Wish i had some of her money then i could give some more to talk about.