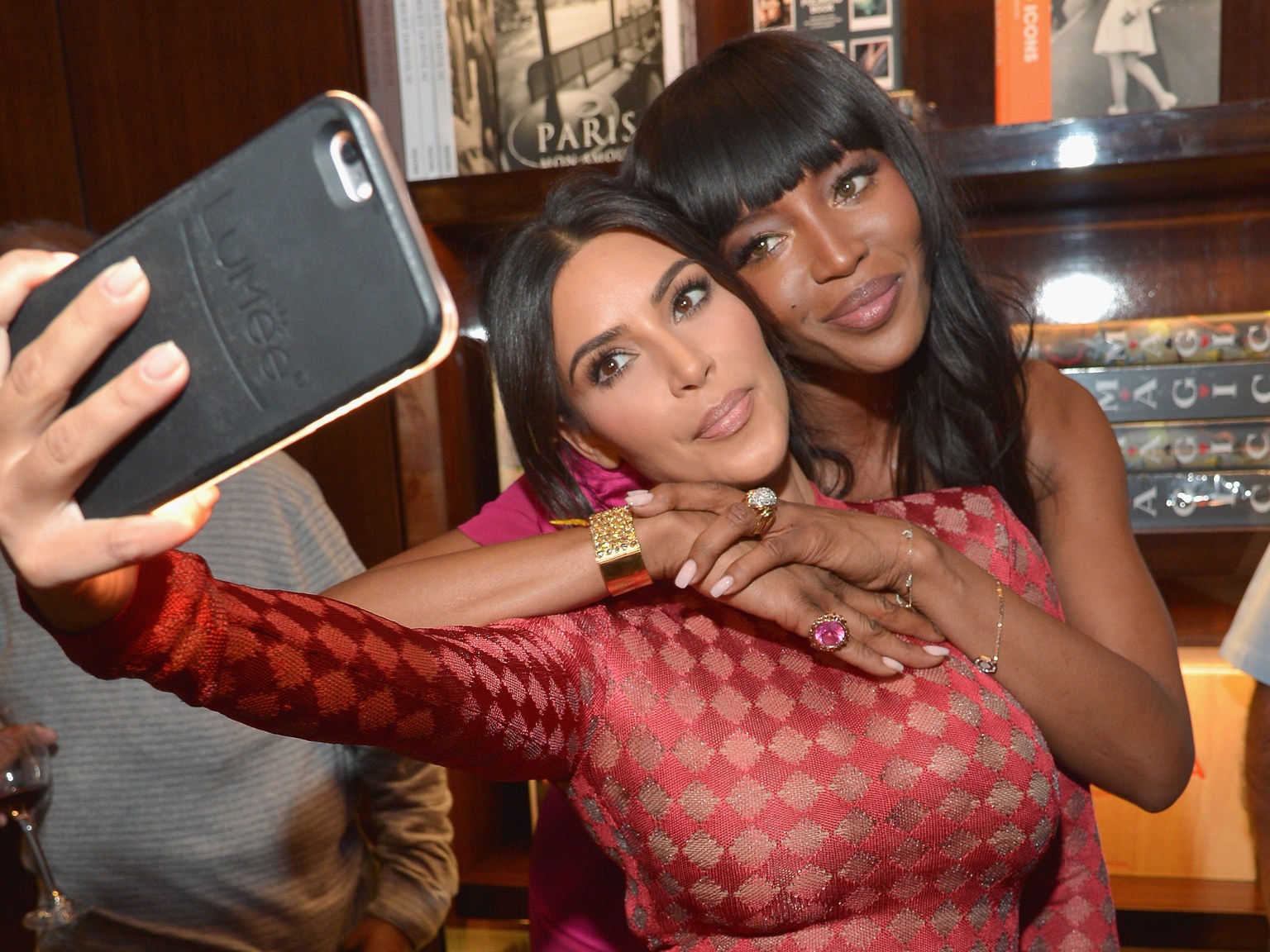 There is no secret that Kim Kardashian’s style has been influenced by Naomi Campbell for a while but how does the legendary model feel about it? Well, judging by her reaction when asked about it, it is safe to say she’s not Okay with it.

While in attendance at the Time 100 Gala in New York City last night, Naomi was asked about the speculations that she and Kim Kardashian are feuding by Entertainment Tonight.

The rumors have been going around for a while but Kim Kardashian denied them not too long ago.

However, a smirking Naomi responded with ‘Next question,’ suggesting that there really is some beef between them and she would rather not talk about it.

As fans remember, in the last few months, the KUWK star recreated a number of the model’s iconic 90s looks.

While Naomi has never directly commented on it, she did post a throwback photo right after Kim shared her recreated version of the same look, once.

Of course, Kim never tried to take credit for the fashion, making it clear she was getting inspiration from her.

In the caption of such one picture, Kim even showed some love to the model by writing: ‘Naomi Forever.’

And that’s not all! Kim also addressed the feud rumors earlier this month during an interview with People.

Kim said that ‘We laughed that it has become such a big deal because I’ve always been so upfront with her privately about how she is my forever fashion and glam muse. She’s literally one of the most beautiful, iconic people that inspires me fashion and beauty-wise.’

So is there bad blood between them or not? For now, it remains a mystery.