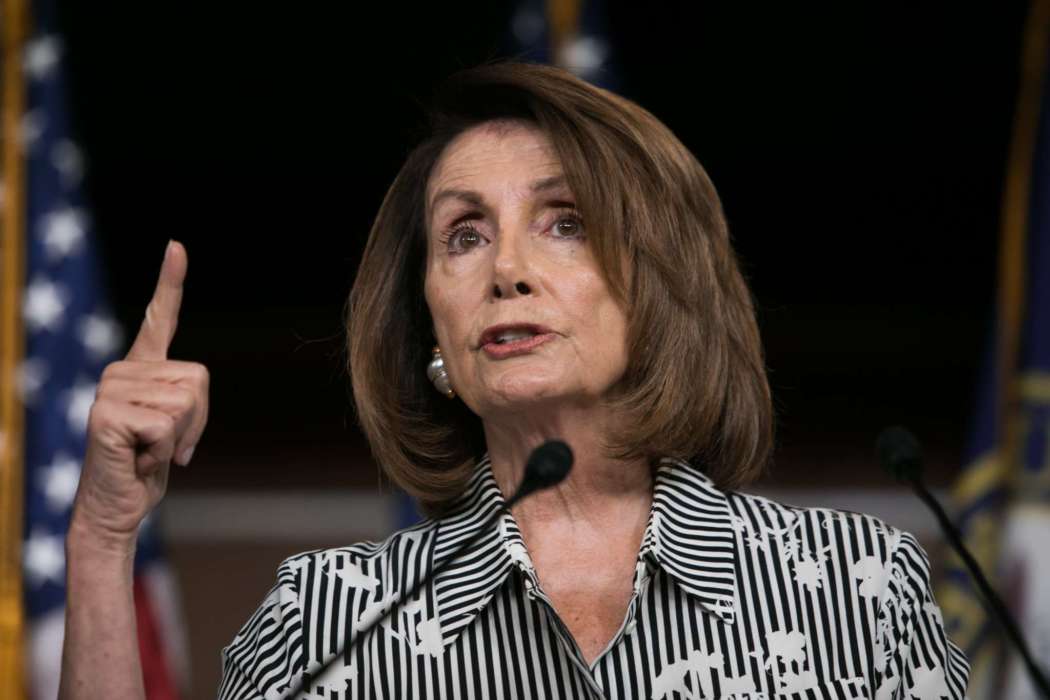 According to Nancy Pelosi, Donald Trump probably shouldn’t be taking hydroxychloroquine as a preventative measure for COVID-19 because of his purported weight problem. Nancy said, in no uncertain terms, that Trump was clearly “morbidly obese.”

On Twitter this past evening, Donald Trump was trending for Pelosi’s comments regarding the controversial political figure. People online were engaged in a full-scale troll-fest in which Donald Trump’s weight was the subject du jour.

Hot New Hip Hop claims that it all started with Nancy Pelosi’s comments. As it was previously reported, Trump said in recent weeks that he’s been taking hydroxychloroquine as a way of thwarting COVID-19.

The drug has been controversial, with much of the mainstream media reporting that its effectiveness is disputed, and it may even come with deleterious side effects. Moreover, it hasn’t been approved by the FDA for the treatment of the virus either.

During a conversation with Anderson Cooper recently, Pelosi claimed it wasn’t a great idea for Trump to be taking the drug because he is not only the president but his health is at great risk. Pelosi went on to say that it was especially pronounced as a consequence of his age and “weight group,” before going on to describe that weight-class as “morbidly obese.”

Since then, people have been asking whether or not Donald Trump is actually morbidly obese. According to Hot New Hip Hop, who picked up on a report from the Center for Disease Control, obesity is someone with a BMI of over 30.

Trump, on the other hand, who is quite tall, standing at 6’3,” weighs 243 pounds. In other words, Trump just barely crosses the obesity criteria but isn’t “morbidly” so.

Hot New Hip Hop reported that for Trump to be classified as morbidly obese, he would have to weigh an additional sixty pounds. Regardless of whether or not Trump is obese, people on social media, and those in the political establishment, have questioned his choice in preventative treatment against COVID-19.

Miley Cyrus And Cody Simpson - Inside The Way The Lockdown Has 'Enhanced' Their Relationship!