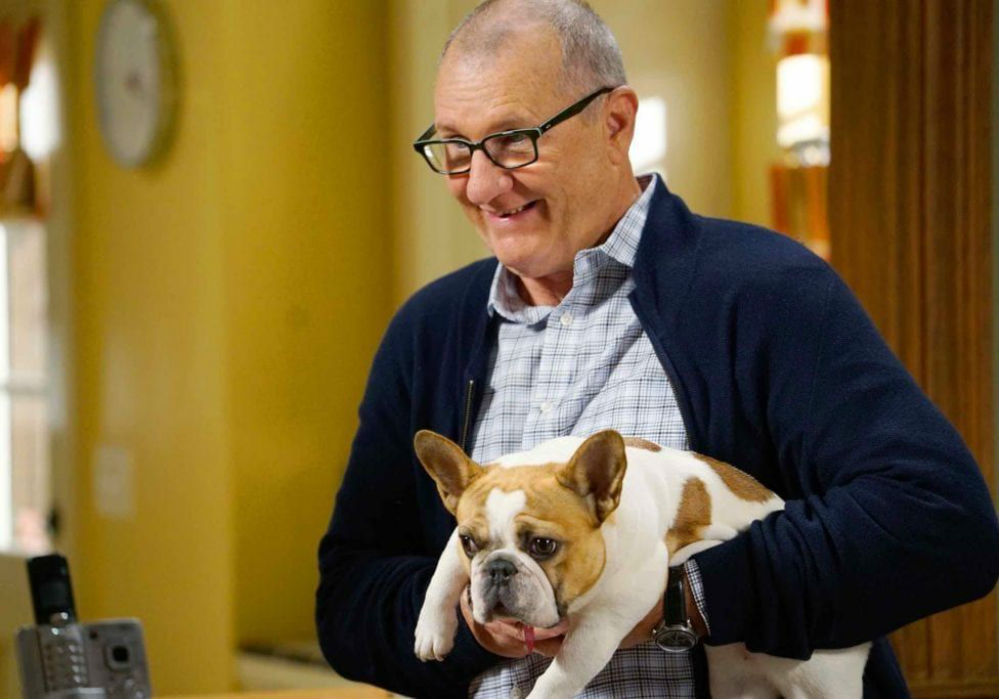 Just days after the Modern Family cast and crew wrapped filming on their 11th and final season, they got some sad news. Beatrice, the French Bulldog who played Stella on the series, suddenly passed away.

According to TMZ, Beatrice died about a week ago, but the cause of death is unclear. Star Jesse Tyler Ferguson (Mitchell Pritchett) posted a sweet tribute to Beatrice on Twitter over the weekend. He shared a pic of himself with the dog and wrote in the caption, “Rest in peace sweet Beatrice. We love you so much,” along with a crying emoji.

Rest In Peace sweet Beatrice. We love you so much 😭 https://t.co/kYzkl1m3ye pic.twitter.com/aGZZWH695g

Fans may remember that way back in Season 2, Ed O’Neill’s character – Jay Pritchett – reluctantly got a dog in the episode “Good Cop Bad Dog.” At first, the puppy caused some serious trouble because she destroyed everything. However, Jay ended up falling in love with his baby girl he named Stella, and he spoiled her to the point that it caused his wife Gloria (Sofia Vergara) to become jealous, then annoyed.

Beatrice actually took over the role of Stella in Season 4, as the dog became a fan favorite over the course of the series. The role was originally played by a dog named Brigitte, but in 2012 producers secretly replaced her with Beatrice after a fallout with Brigitte’s owner.

In addition to her role on Modern Family, Beatrice also appeared on Workaholics and The Kominsky Method, as well as in commercials for Chase Bank and Dunkin’ Donuts. However, her heart was with her TV dad, Ed O’Neill, who regularly brought her treats on set.

On the Animal Agencies website “Good Dog Animals” – which was Beatrice’s talent agency – they described her in the following way: “You probably know Beatrice as ‘Stella’ from Modern Family. She’s mastered a wide range of behaviors and is always looking to put her skills to the test. She even knows how to skateboard!”

Fans have been quick to post sweet messages about Beatrice on social media, with one writing that they were “devastated” by the news of her passing. Another added that they loved Beatrice, and she was a “special member of our Modern Family.”

The series finale of Modern Family will air Wednesday, April 8th on ABC.

Idris Elba Urges Fans Not To Panic Over His Positive Coronavirus Test As He Awaits Results For His Wife, Sabrina