Since the news broke that Miranda Lambert’s new boyfriend is a married man – Turnpike Troubadours singer Evan Felker – everyone seems to have an opinion on the situation, especially her exes. Blake Shelton cryptically tweeted about it earlier in the week, and now her ex-fiancé Jeff Allen has shared his thoughts.

According to Allen, both Lambert and Shelton are cheaters. Back in 2005, Allen and Lambert were engaged when she met Shelton at the CMT 100 Greatest Duets concert where they performed You’re the Reason God Made Oklahoma.

The two literally fell in love on stage while they performed in front of an audience. Shelton had a dopey grin on his face, and Lambert looked adoringly in his eyes as they closed in on each other during the song. At the end, the crowd erupted as they embraced, and the two were smiling so hard they nearly came off the floor.

Lambert later said that the two had instant chemistry. But, she was engaged to Allen, and he was married to Kaynette Williams. However, according to Allen, that didn’t stop the country superstars from starting their relationship.

Shelton tweeted that he had taken the high road for a long time, but he could finally see something on the horizon, and it was karma, Allen immediately fired back.

“You know, I’ve always given you the benefit of the doubt and chalked it up to just being human, but you must be one arrogant SOB to pop off something like this, when I know damn good and well you were cheating on your wife and Miranda was cheating on me when you two started up,” Allen wrote on Twitter.

Shelton was referring to the end of his relationship with Lambert, instead of the beginning. When Shelton and Lambert divorced, there were rumors that it was because she cheated.

On the other side of the situation is Felker’s wife, Staci Nelson. Felker filed for divorce in February, but the rumor is that he and Lambert started dating in January, and Nelson showed up on Instagram this week jamming out to Carrie Underwood’s song Before He Cheats.

In the video, after Nelson’s friend sings the line “maybe next time he’ll think before he cheats,” you can hear Nelson say, “I hope he does.” The friends titled the video “Cheaters Never Prosper,” and they explained that they didn’t intentionally play the song, it just came on while they were at an Oklahoma City bar.

Nelson’s friend also called her Saint Staci and couldn’t say enough nice things about her. She then called Lambert the “biggest piece of s**t on the face of the planet,” and told the singer that there is someone that hates her.

Nelson also posted a pic on Instagram this week that she called a public service announcement. The photo featured a teary-eyed Nelson with the caption, “If Staci Felker can make it through this week, so can you.”

Miranda Lambert and Blake Shelton have not commented on the latest claims surrounding how their relationship started. 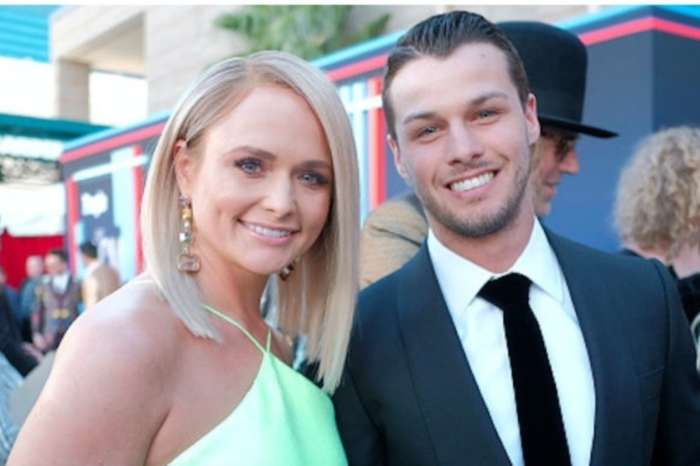